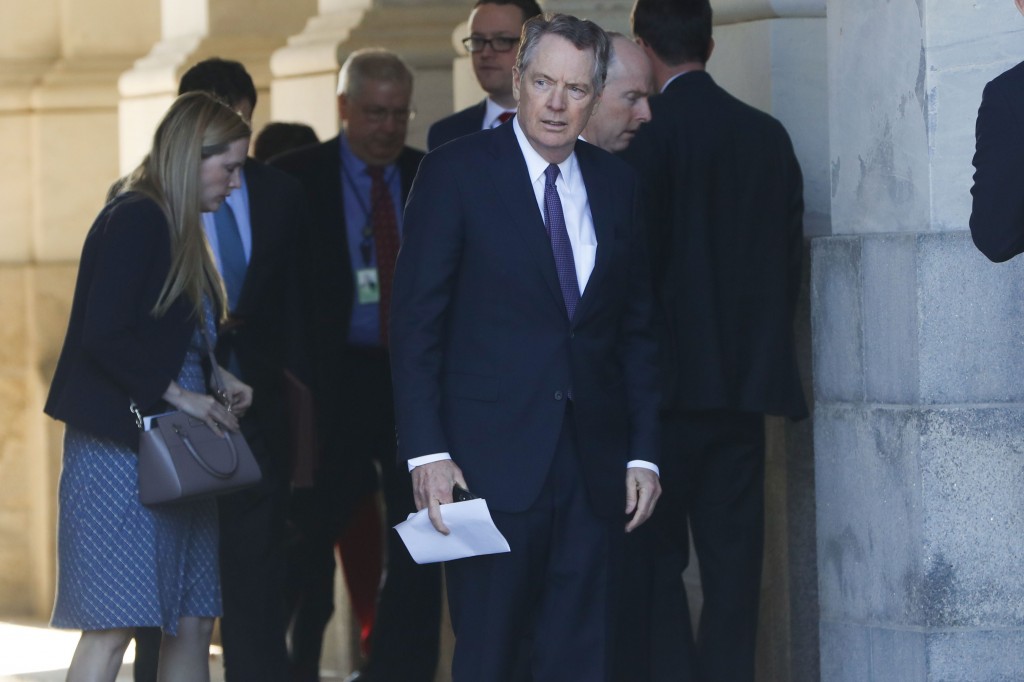 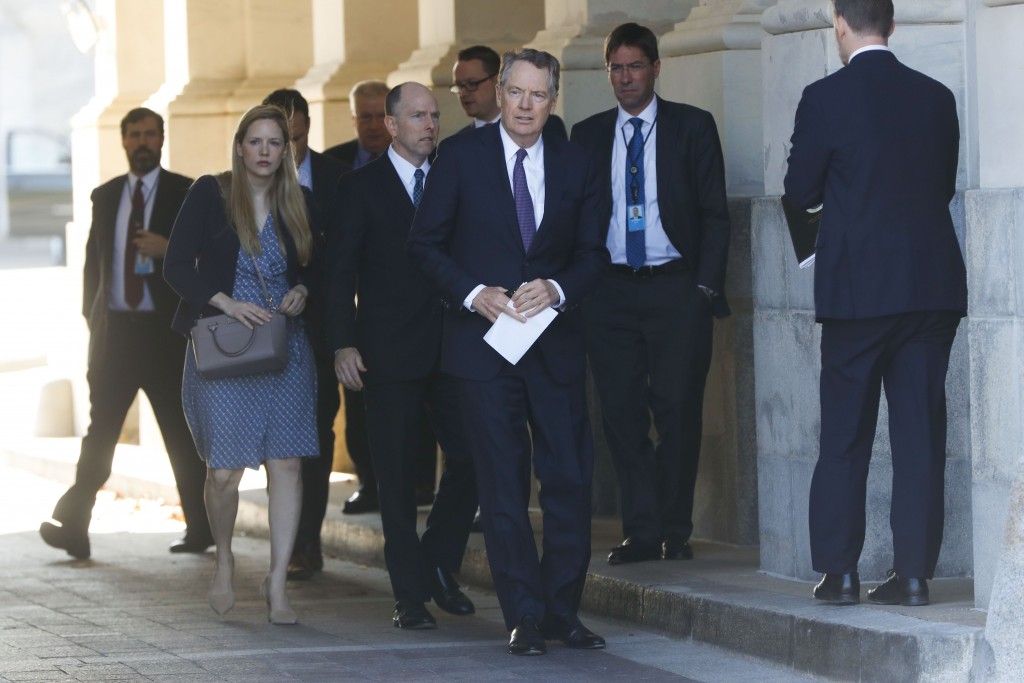 WASHINGTON (AP) — President Donald Trump’s trade deal with China last week opened up export opportunities for American farmers, manufacturers and energy producers. And his trade pact with Canada and Mexico, approved Thursday by the Senate, could help restore some auto production in the United States.

Yet perhaps more than anything, last week's twin breakthroughs on trade provided a breather from two chaotic years of Trumpian policymaking — involving threats, truces and heavy U.S. tariffs imposed on friend and foe alike on a scale unseen since the 1930s. The uncertainty had been clouding the economy, causing businesses to delay investments until they knew how the trade turmoil would shake out.

“We got trade peace,’’ said Mary Lovely, an economist who studies trade at Syracuse University.

At least for now.

But Lovely and other critics warn that the deal with China leaves unresolved most of the toughest and most complicated issues dividing the world’s two biggest economies and that progress could unravel over time. They also caution that the new North American trade pact, though it might spur some job growth, will likely make American-built cars more expensive and less competitive globally.

Whatever the outcome, the president’s approach to trade marks a clear break with seven decades of U.S. policy that had favored ever-freer world commerce. Rather than seek to tear down trade barriers and pursue rules designed to benefit all countries, the administration unabashedly embraced an America First agenda. Armed with tariffs, threats and combative rhetoric, it sought to force concessions out of China, Mexico and Canada.

“Previous presidents would have said it’s about win-win, it’s about trade liberalization, it’s about global growth,” said William Reinsch, a former U.S. trade official now at the Center for Strategic and International Studies. “Trump would say: ‘‘No, it’s not. It’s about what’s good for America’ ... This is essentially: Might makes right. We’re big and important, so we can push other countries around.’’

Free trade has long been a mutually accepted priority for the world's major industrialized economies. Many trade experts say they worry that in the long run, Trump's relentlessly confrontational stance and eager embrace of tariffs could pose risks to both the U.S. and global economies.

And even as tensions ease at least temporarily with China, the Trump administration is readying tariffs on the European Union over subsidies to the aviation giant Airbus and on France over a digital services tax that targets U.S. tech giants like Google and Amazon.

Here is a closer look at Trump’s recent record on trade:

Senators voted 89-10 Thursday to approve Trump’s U.S.-Mexico Canada Agreement, a month after the House had passed it 385-41.

The so-called USMCA replaces the North American Free Trade Agreement, which had eliminated most trade barriers among the United States, Canada and Mexico.

NAFTA, which took effect in 1994, triggered a surge in trade among the three countries. And it created a regional manufacturing bloc to compete with East Asia and Europe. But Trump and other critics argued that NAFTA cost the United States jobs by encouraging factories to move south to capitalize on low-wage Mexican laborers, who were largely prevented from forming independent unions.

Trump’s top trade negotiator, Robert Lighthizer, crafted a replacement trade agreement that is intended, most of all, to return some factory production to the United States.

To qualify for USMCA’s duty-free benefits, automakers must derive 75% of their production content from within North America — up from 62.5% under NAFTA. That means more auto content would have to be homegrown in higher-wage North America, not imported more cheaply from China and elsewhere.

At least 40% of vehicles would also have to originate in places where workers earn at least $16 an hour. That would benefit the United States or Canada — not Mexico, where auto assembly workers are paid a fraction of that amount.

After sealing a deal with Canada and Mexico, Lighthizer had to negotiate with Democrats, who had taken control of the House in the 2018 midterm elections. He ended up drawing overwhelming bipartisan support by agreeing to Democratic demands. These included calls to strengthen language meant to ensure that Mexico adopts labor reforms that will encourage unions.

But USMCA could produce negative side effects.

A CEASE-FIRE WITH CHINA

After 18 months of trade combat, the United States and China agreed to an interim truce Wednesday.

Under the so-called Phase 1 deal, Trump scrapped his plan to impose tariffs on $160 billion in Chinese imports, and he halved his import taxes on an additional $110 billion worth. (The administration still maintains tariffs on $360 billion in Chinese products, and Beijing has imposed retaliatory tariffs on U.S. exports.) In return, China agreed to do more to protect intellectual property and to curb its practice of forcing foreign companies to hand over trade secrets as the price of admission to the Chinese market.

But the centerpiece of the deal was China’s vow to buy an extra $200 billion worth of U.S. manufacturing, energy and farm exports this year and next. The mandated purchases are unusual for modern trade agreements. Trade pacts now usually set the rules for commerce but let customer demand sort out who buys how much of what.

Trump’s deal is “not about competing on price and quality anymore,’’ Lovely said. “We’re using our market power to force purchases.’’

Critics wonder whether China is really capable of meeting the targets. Under the deal, for instance, China is supposed to buy $40 billion in U.S. agricultural products a year — a wildly ambitious goal considering that it’s never bought more than $26 billion a year and that during the trade war it has redirected some of its farm purchases to other exporting countries.

And things could get nasty if the United States decides China isn’t living up to its commitments. In an unusual move, the two countries did not arrange to let any disputes go to a neutral arbitrator. Instead, they will try to work out their differences in a series of consultations. If they can’t, the United States could impose tariffs — and the deal could unravel.

Perhaps most significantly, the Phase 1 deal did nothing about the U.S. key complaint that China uses illicit trade practices in its drive to surpass the United States in such advanced technologies as robotics and quantum computing. Specifically, it didn’t address Beijing’s massive subsidies for its own tech companies.

Those issues are expected to be taken up in future talks — talks that aren’t likely to go anywhere until after November’s U.S. election.