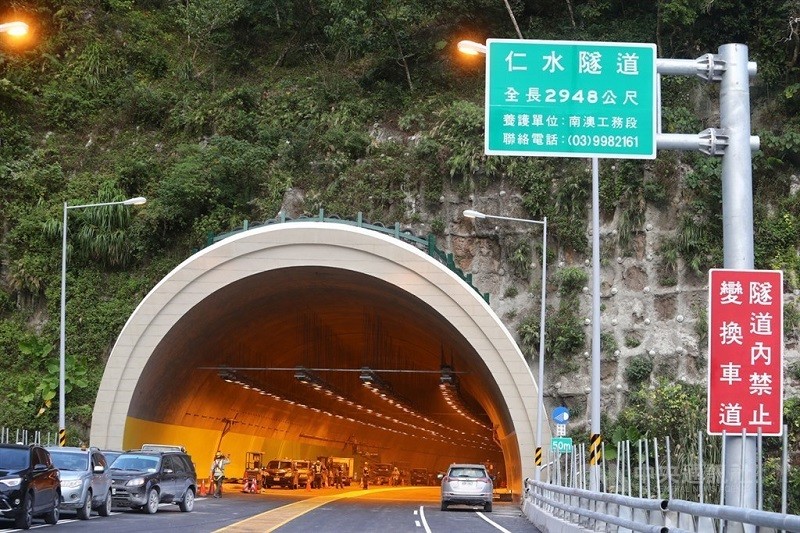 Traffic on the upgraded Suhua Highway, which officially opened on Jan. 6, is likely be heavily congested during the seven-day Lunar New Year later this month, the Directorate General of Highways (DGH) said Sunday.

On the southbound lanes of the highway, going toward Hualien, heavy traffic can be expected on the first day of the holiday Jan. 23, and also on Jan. 25 and Jan. 27, the DGH said in a statement.

On the northbound lanes, the worst congestion will be on Jan. 28, the second to last day of the holiday, when some 22,000 vehicles are likely to traveling in the direction of Suao, particularly between 8 a.m. and 8 p.m., the government agency said, adding that heavy traffic can also be expected on Jan. 27 and Jan. 29.

Currently, only cars and buses are allowed on the length of the upgraded highway, as slow-moving vehicles like motorcycles are permitted only on the section that runs through the Renshui Tunnel.

The DGH said it is still evaluating whether trucks should be allowed on the 38.8-kilometer Suhua Highway, which covers three sections along Taiwan's rugged east coast -- from Su'ao to Dong'ao in Yilan County, from Nan'ao in Yilan to Heping in Hualien County, and from Hezhong to Daqingshui in Hualien.