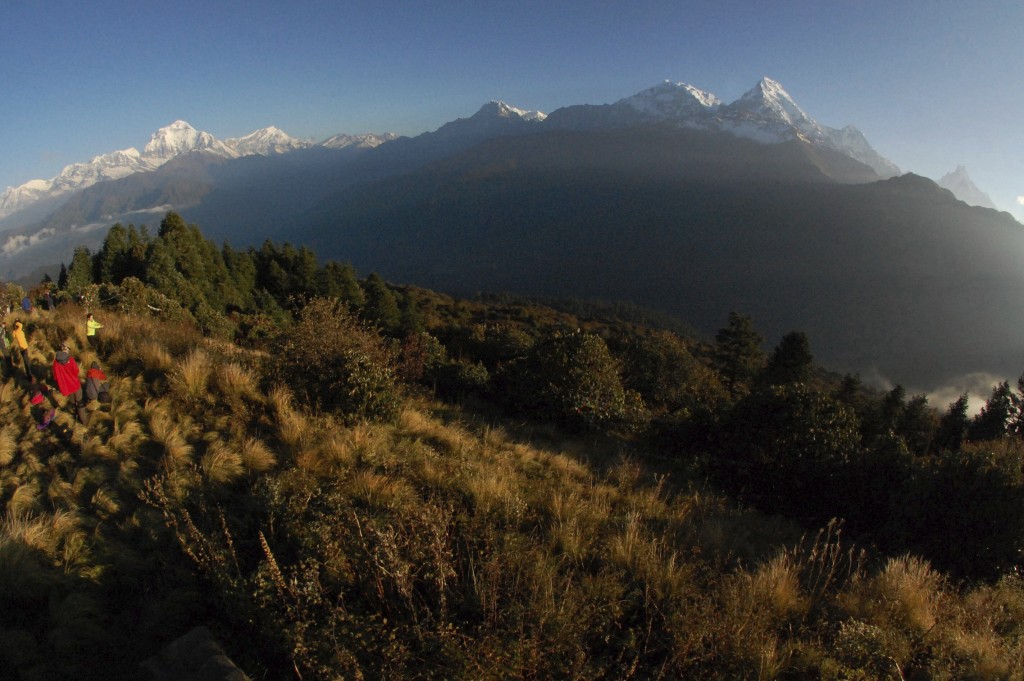 KATHMANDU, Nepal (AP) — New avalanches falling on a popular trekking route in Nepal forced rescuers to halt their search for four South Korean trekkers and three Nepali guides who were believed to have been swept by a snowslide, an official said Sunday.

Some 200 climbers have been rescued from other parts of the trekking trail and flown to safety by helicopters over the weekend, Department of Tourism official Meera Acharya said.

Acharya said that new, smaller avalanches made it dangerous for rescuers to approach the area where the missing trekkers were last seen.

A second search mission is being planned for the missing South Koreans and local guides but it would have to wait for snow and ice to stop falling before the operation resumes.

The Friday avalanche hit along the popular Mount Annapurna circuit trekking route following rains and snow earlier in the week.

The South Korean Ministry of Foreign Affairs said the avalanche hit at an altitude of 3,230 meters (10,600 feet) before noon Friday. It said five other South Korean members of the same team were safe and taking shelter in a lodge.

The missing trekkers - two women in their 30s and 50s and two men in their 50s - were teachers who were staying in Nepal for volunteer work, the ministry said, according to the Yonhap news agency.

The agency said South Korea has dispatched an emergency response team of two government workers along with officials from an education body and a tourism agency to Kathmandu to assist in the search operations. The South Korean consul based in the Nepalese capital departed for the accident site to call for the continuation of the rescue operation, Yonhap reported.