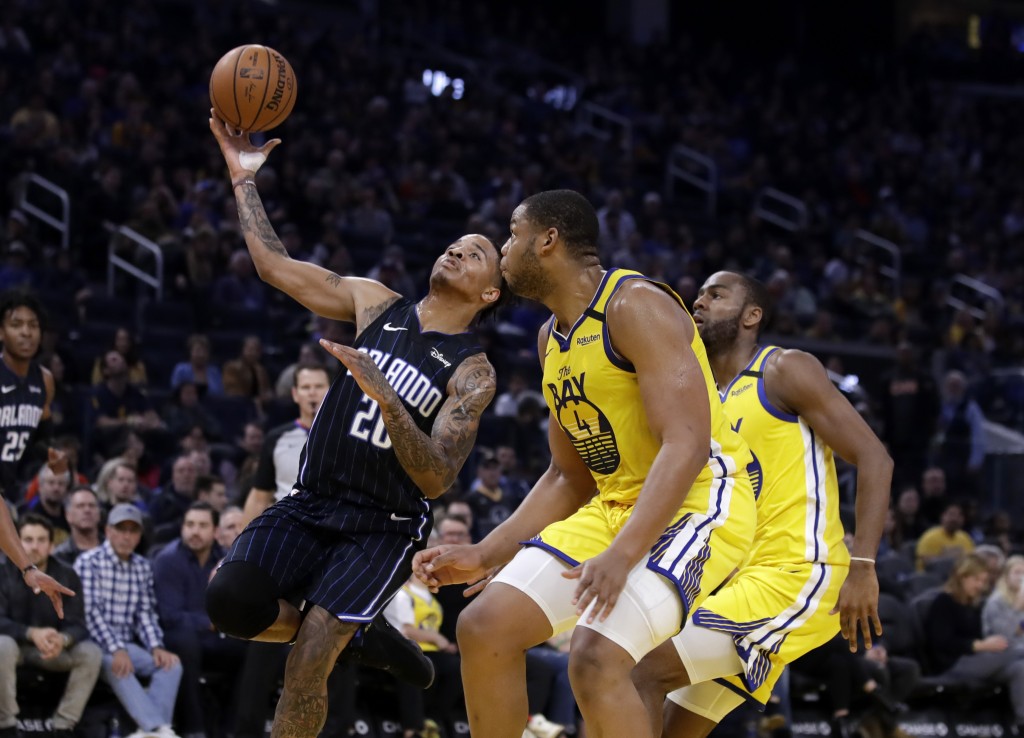 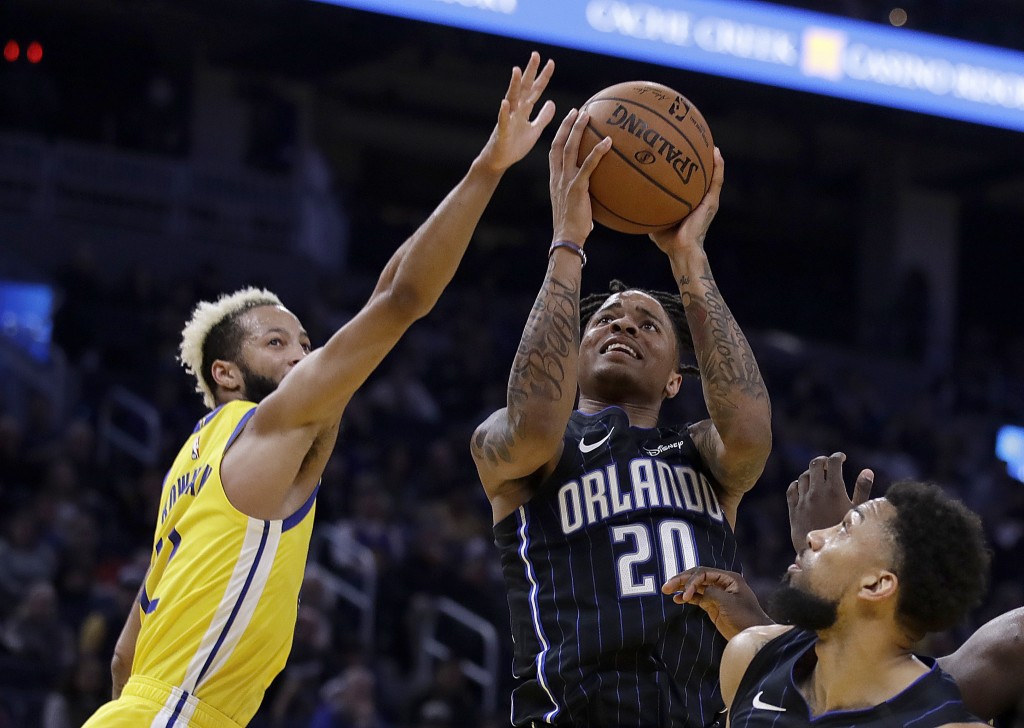 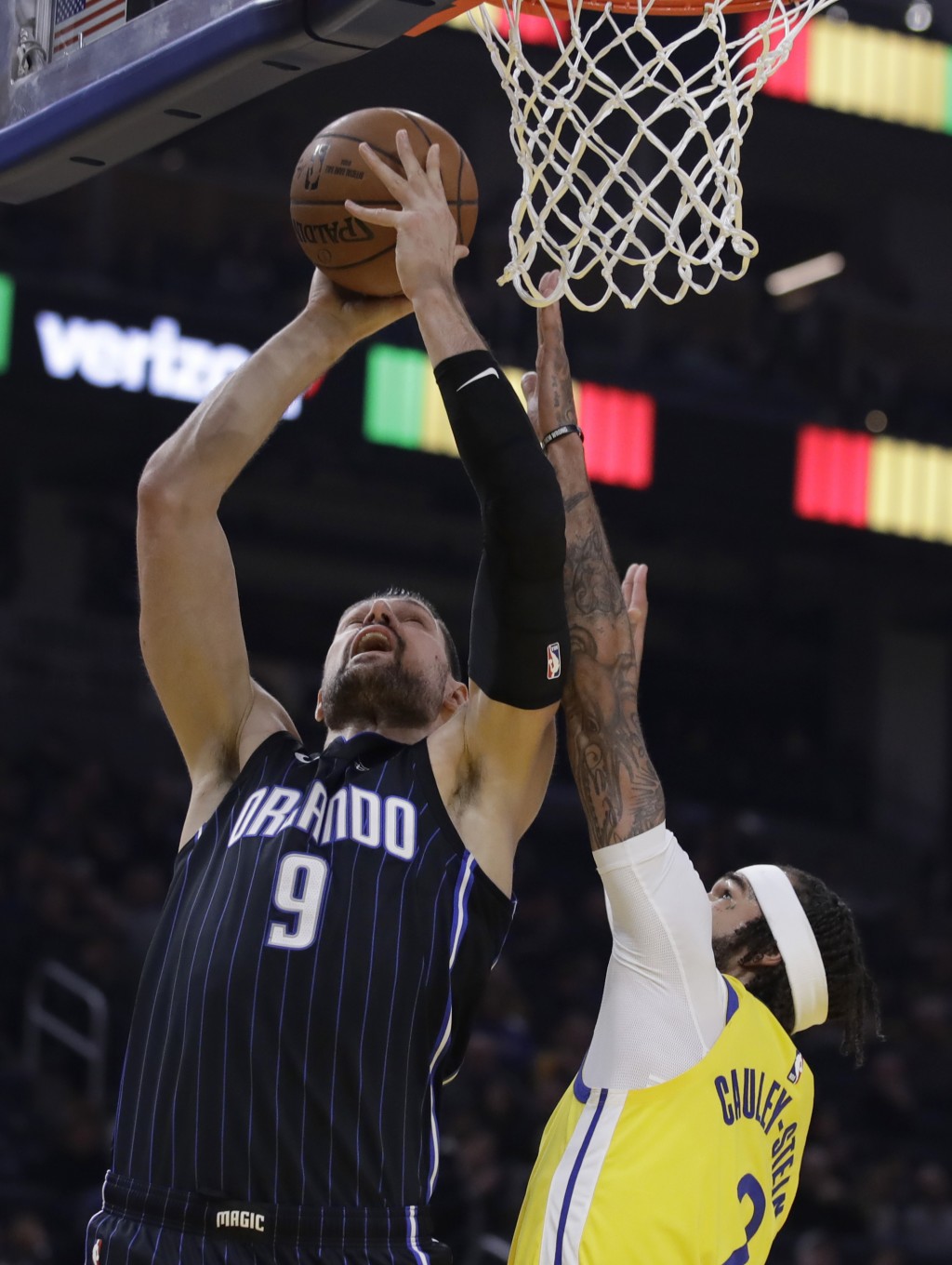 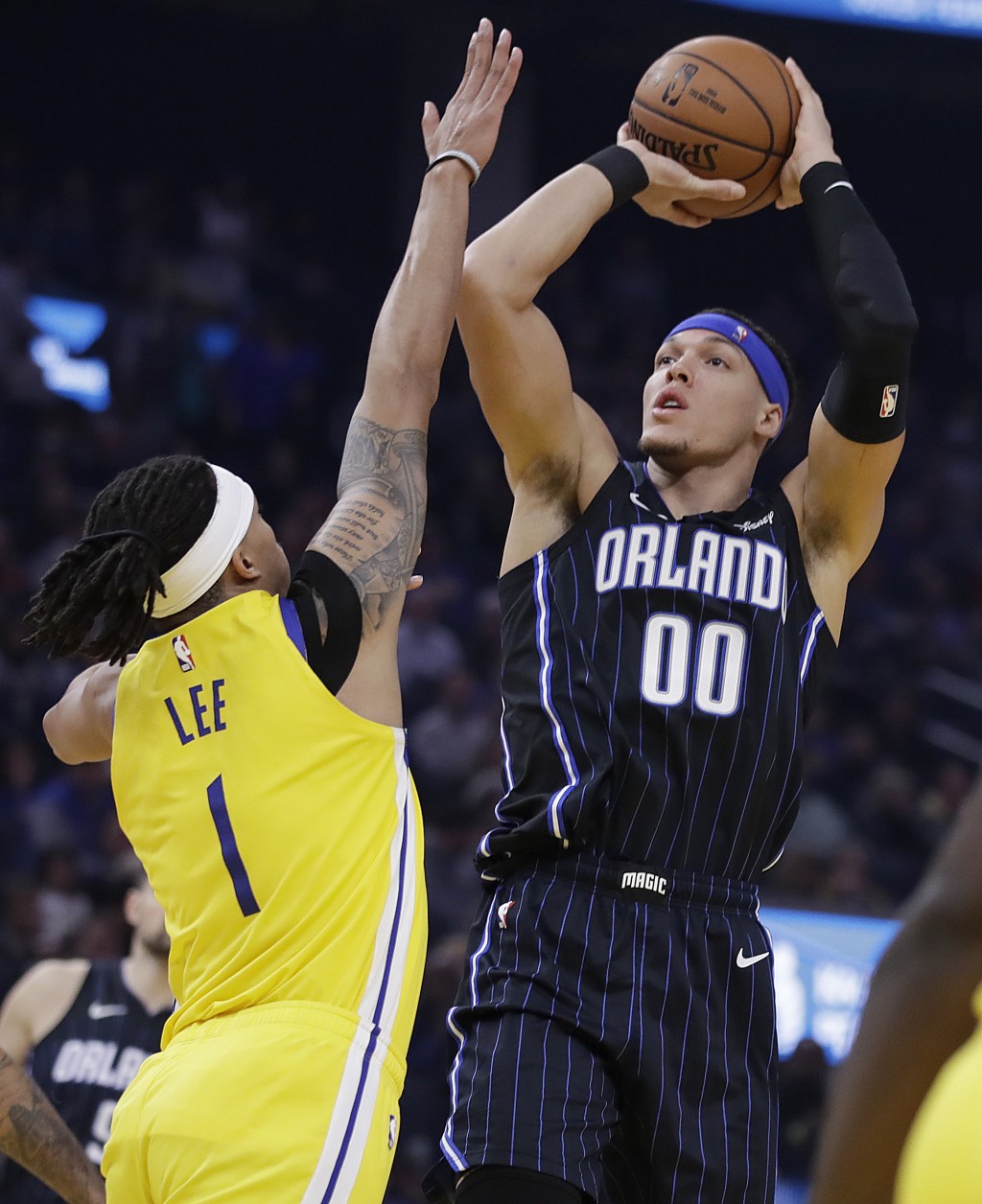 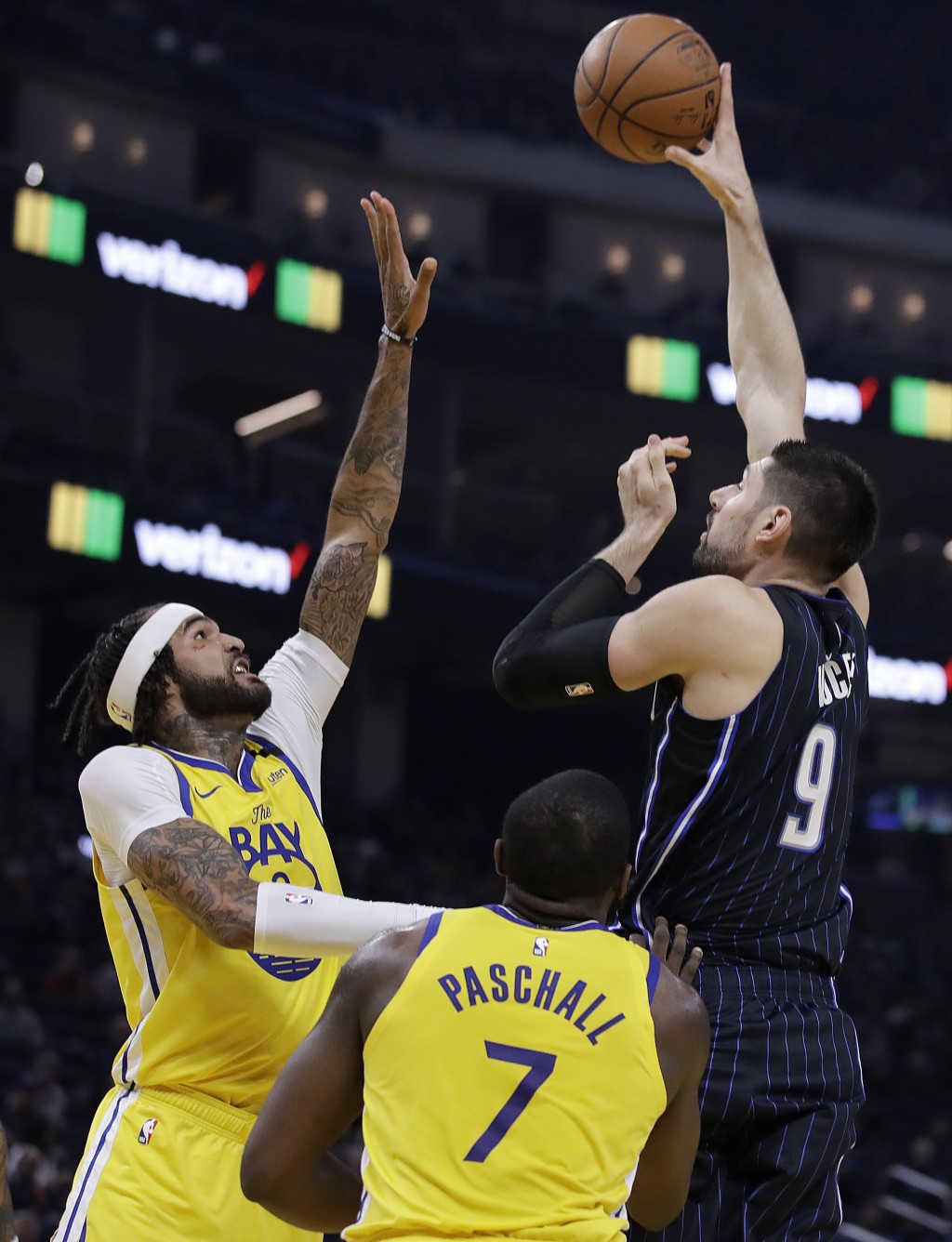 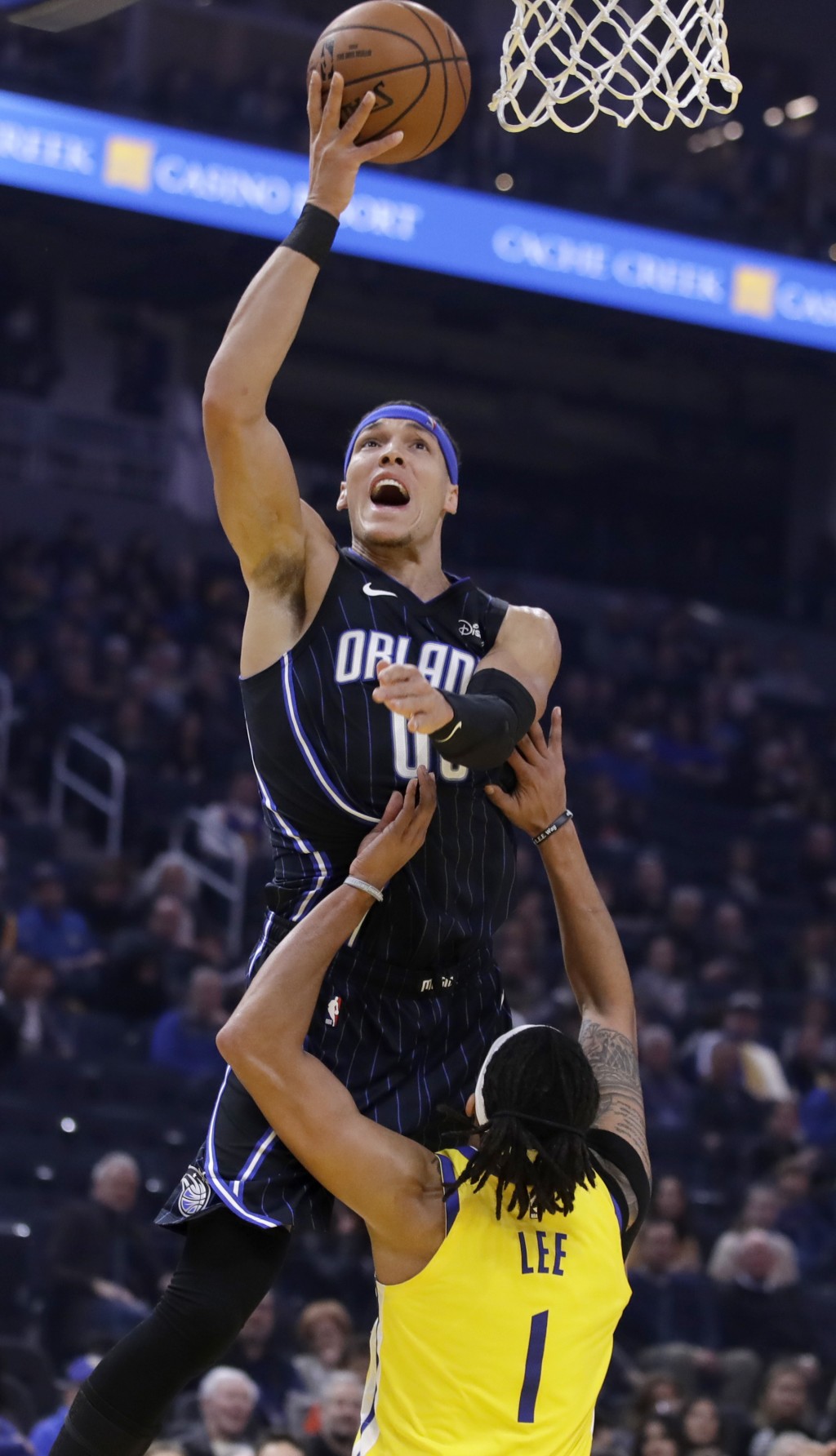 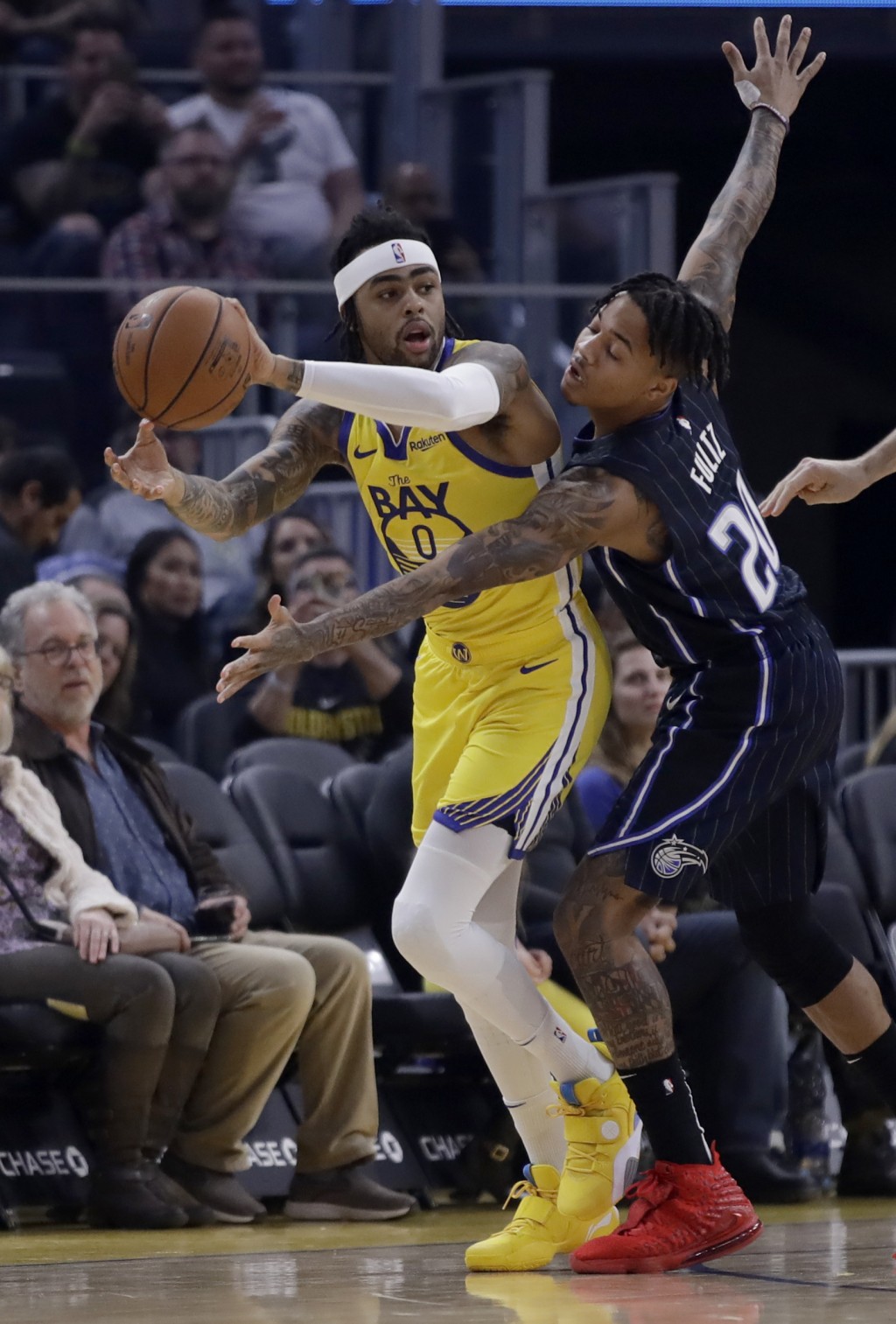 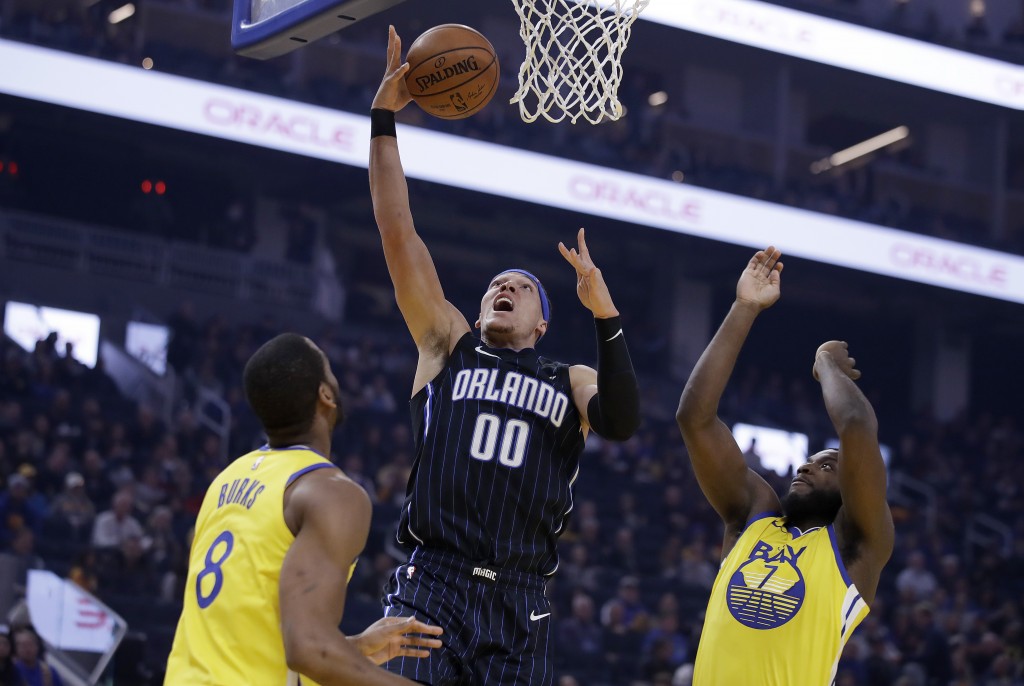 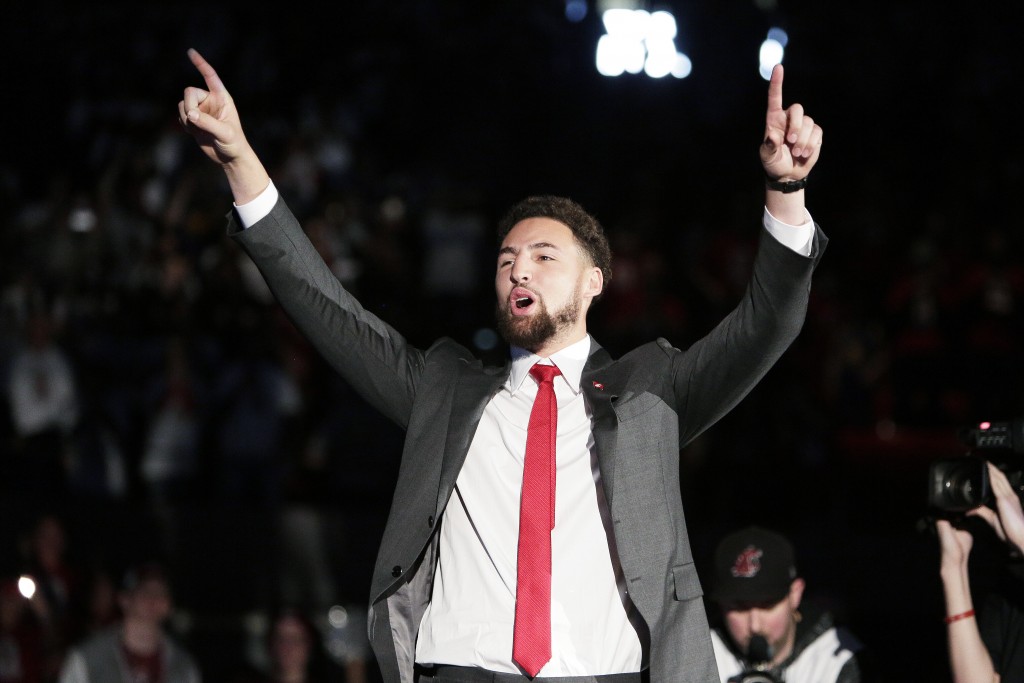 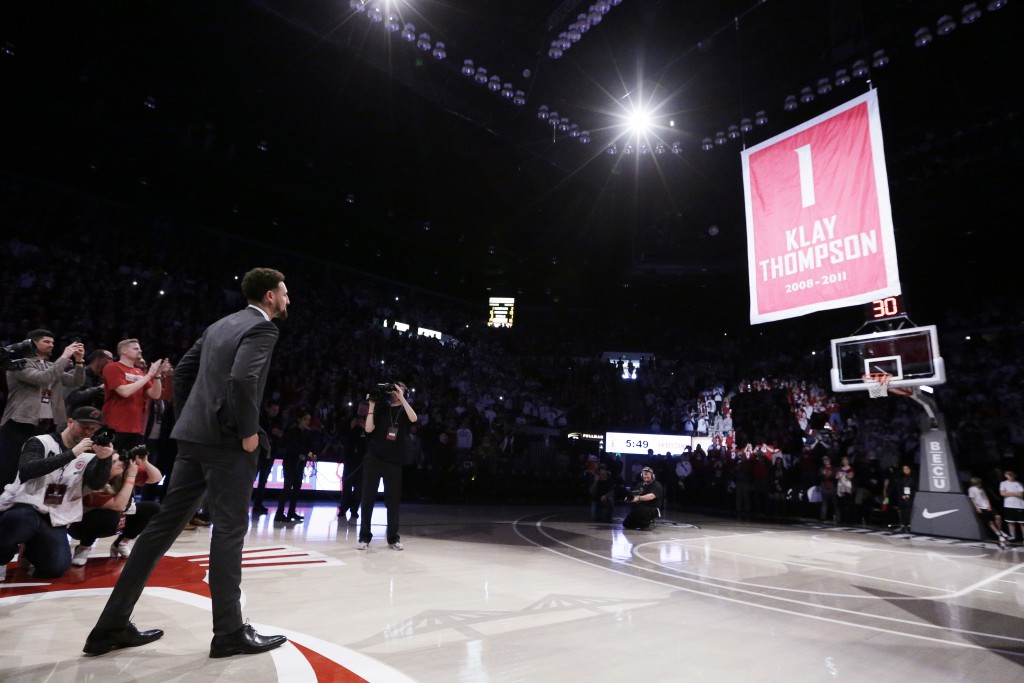 Jordan Poole scored 21 points off the bench and Eric Paschall had 20 points and nine rebounds as Golden State also ended a five-game skid at home.

Markelle Fultz scored 23 points to lead the Magic, who came in with two close victories in three games on their West Coast swing.

Russell and rookie Poole each hit four 3-pointers, and Poole scored in double figures for his career-best fourth straight game and 13th in all this season.

The injury-plagued Warriors were down to nine players again with Draymond Green sitting out because of a sprained left index finger. It’s the sixth game he has missed this season with the injury. Golden State lost guard Jacob Evans III to a concussion on Tuesday night against Dallas.

The Warriors have won eight of 10 at home against the Magic and seven straight.

Evan Fournier scored 12 points in 32 minutes for Orlando. He went through a warm-up to determine whether he had regained enough strength to play after he was sick all day Friday.

Orlando hit five of its first eight shots with two 3s by Fournier and jumped out to a 13-0 lead as Golden State missed its initial seven shots — four from deep — and committed three turnovers before Poole's 3 at the 7:10 mark of the first quarter. The Warriors warmed up and got back within 15-13, then led 28-25 at the end of the initial quarter.

Klay Thompson had his jersey retired at halftime of Washington State’s home game against Oregon State on Saturday in Pullman, Washington. Splash Brother Stephen Curry made the trip to rural Washington on the private plane of Warriors owner Joe Lacob, who also had Zaza Pachulia along. Of the trip, Lacob said, “It was great!"

"We had such a great day and so happy for Klay. Fans were incredible!" Pachulia said in a text message.

Curry returned to the Warriors bench early in the second quarter and worked as a sideline reporter in the third quarter.

“Pullman was unbelievable," Curry said. “Obviously it was about Klay and getting a taste of where he's from, what made him who he is. You can tell why he talks about it with such high regard because of how they celebrated him today. At the end of the day he has his jersey in the rafters so he's an immortal. I like the Cali weather. Pullman was nice but I'm going to stick with the Cali weather."

Magic: The Magic beat Golden State 100-96 in Orlando on Dec. 1 but haven’t won on the Warriors’ home floor since a 102-94 victory on Dec. 3, 2012 — with Nikola Vucevic the only current Magic player in that game. ... G D.J. Augustin did not play for the fourth time in five games because of a bruised left knee. ... G Michael Carter-Williams returned from a 13-game absence with a sprained left shoulder to play 14 minutes and score seven points.

Warriors: Green isn’t expected to miss much time. “Shouldn’t be out long. I guess it happened in the last game,” coach Steve Kerr said. “He should be good to go in Portland.” ... The Warriors are 7-15 at Chase Center in their inaugural season there, including 2-5 vs. the Eastern Conference.

Magic: At Charlotte on Monday night before returning home for three games.

Warriors: At Portland on Monday night. They have lost their last two and five of eight on the Trail Blazers’ home court.