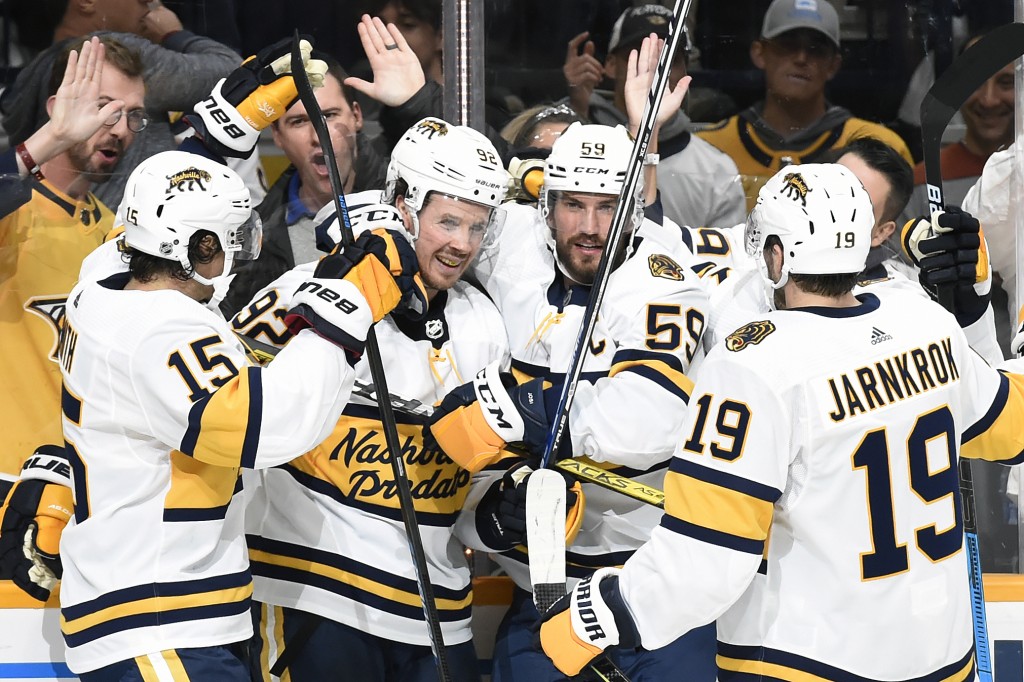 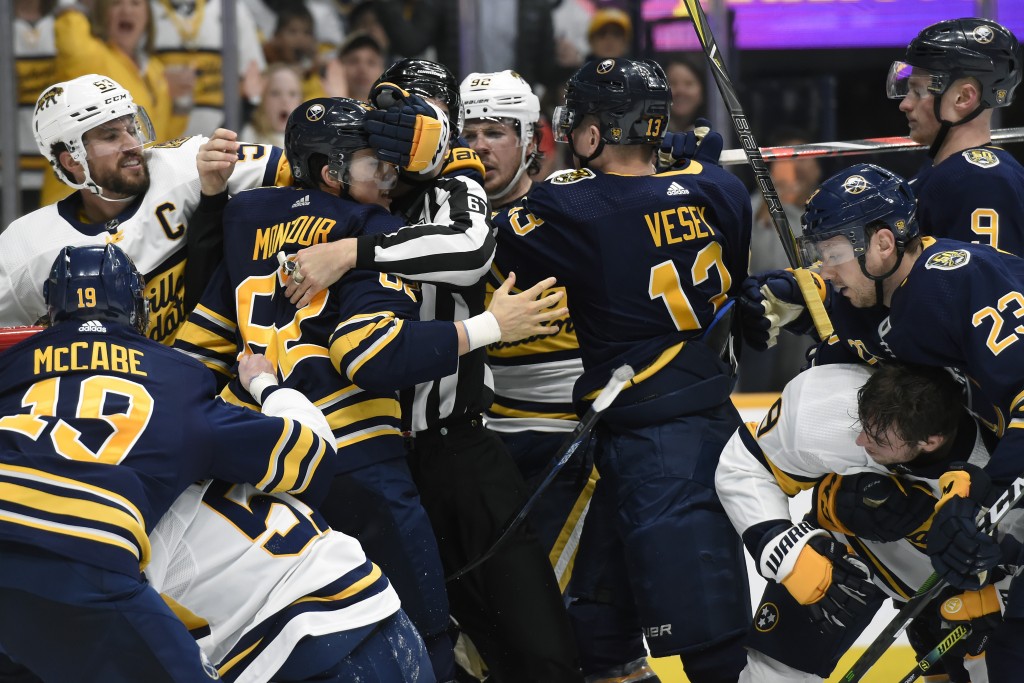 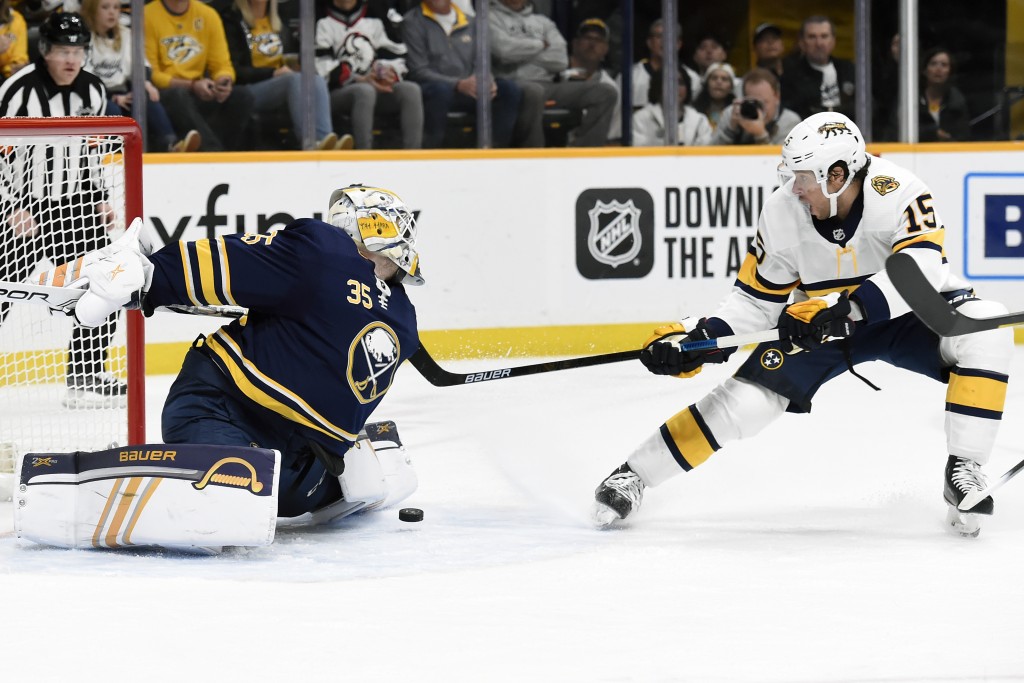 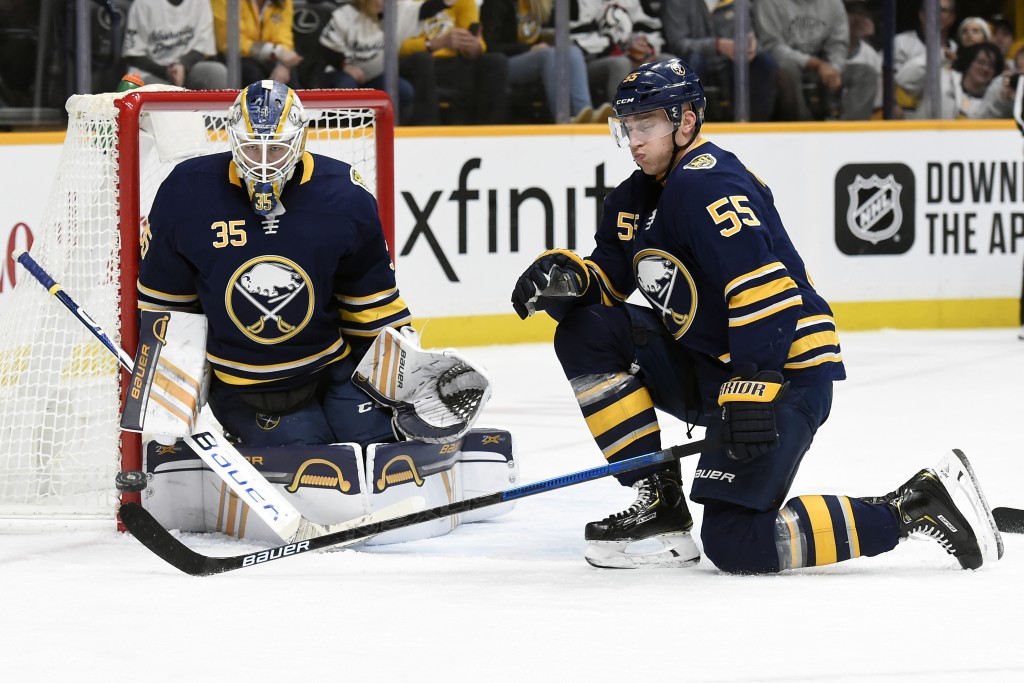 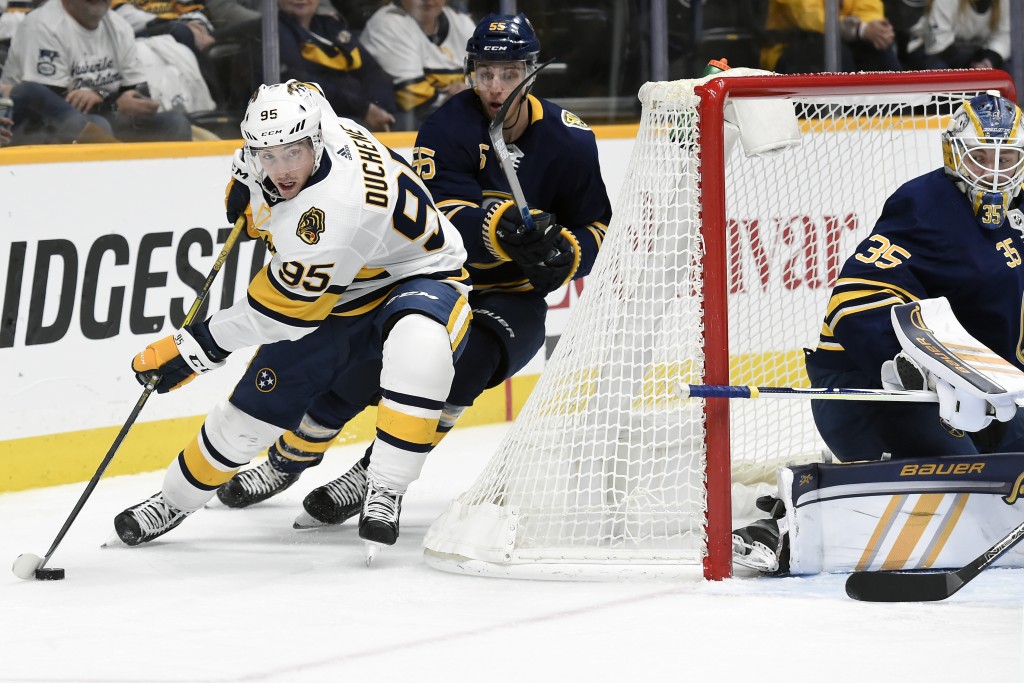 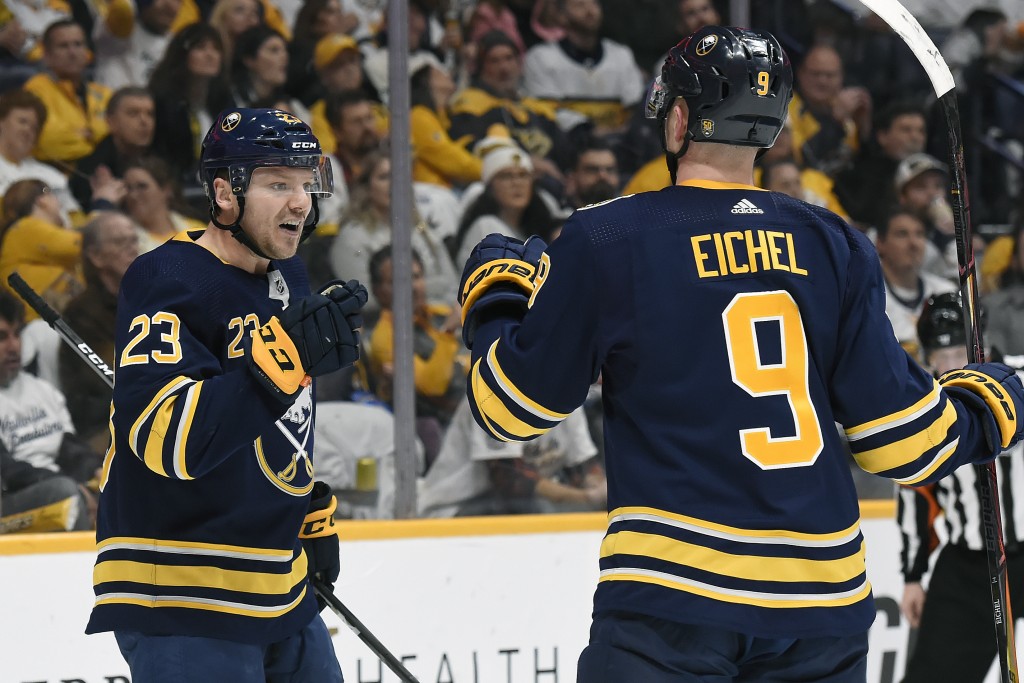 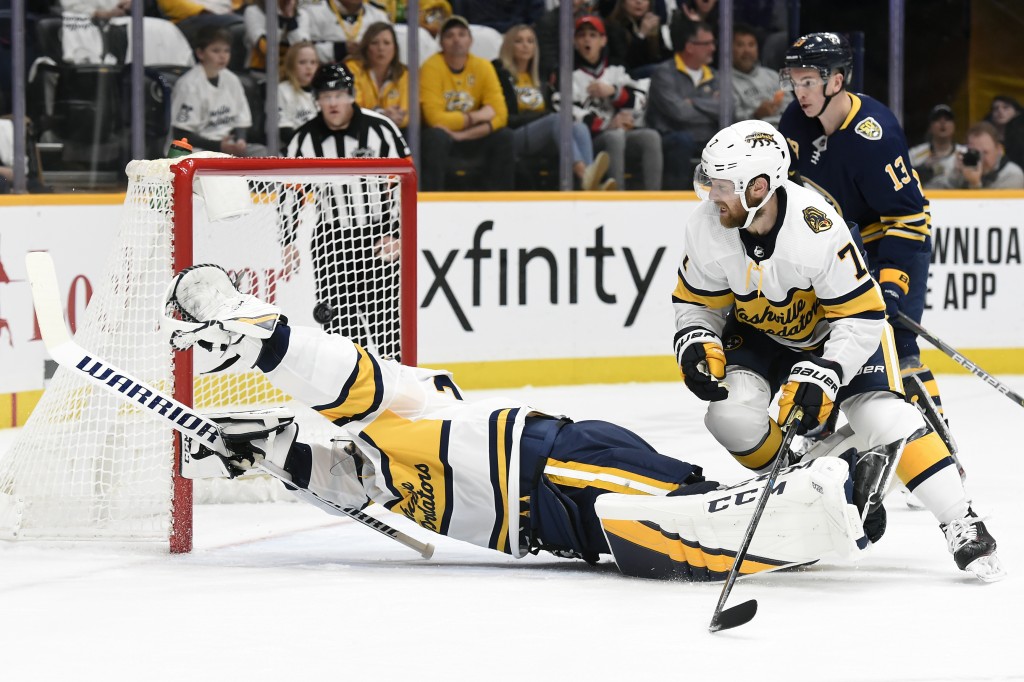 NASHVILLE, Tenn. (AP) — Craig Smith’s power-play goal with 6:29 remaining in the third period propelled the Nashville Predators to a 2-1 victory over the Buffalo Sabres on Saturday night.

Sam Reinhart had the lone goal for Buffalo, which had won its previous three games.

With Sabres captain Jack Eichel in the penalty box serving a tripping penalty, Smith redirected Kyle Turris’ shot off the left post, then off of the left leg of Buffalo goaltender Linus Ullmark and into the net for Smith's 11th goal of the season.

Nashville entered Saturday with the league’s 25th-ranked power play, and had failed to score on the man advantage in their last four games.

Reinhart scored the game’s first goal with 1:02 remaining in the opening period. Rasmus Dahlin had the puck on the right side near the faceoff dot. There, he sent a cross-ice pass to Reinhart, who was on the goal line to the left of the Nashville net and he lifted a wrist shot over Predators goaltender Pekka Rinne.

Rinne made 30 saves in earning his 16th win of the season.

In his last five games played in Nashville, Reinhart has seven goals and one assist.

Johansen evened the game at 1 at 6:05 of the second. Roman Josi’s shot from the slot missed wide to the left and bounced off the end boards right to Johansen on the left side, where his backhand swat at the rebound bounced off Sabres defenseman Zach Bogosian and into the net.

Johansen had not recorded a point in Nashville’s previous six games.

NOTES: Eichel’s nine-game point streak was snapped. ... Dahlin has seven points in his last seven games. ... Predators LW Austin Watson returned to the lineup after being a healthy scratch for four consecutive games. ... Rinne is 7-2-0 in his career against Buffalo.