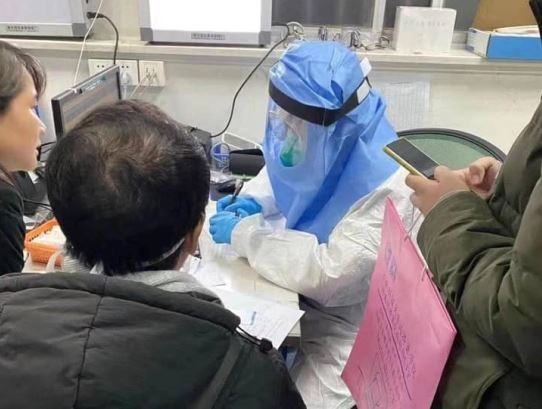 On Friday (Jan. 17) there had been 62 confirmed cases, with 19 patients recovering, eight still gravely ill, and two deaths. A city spokesperson said several of the newly confirmed cases have no history of visiting Huanan Seafood Wholesale Market, where 2019-nCoV is thought to have originated.

Online commentators in China have begun calling 2019-nCoV the "patriotic virus" because there have been no cases in provinces other than Wuhan so far. It is the Spring Festival travel season in China when families traditionally return home for Lunar New Year.

An Imperial College London report has evaluated the detection window of the disease. Given the population around Wuhan airport is 11 million people and the average number of international passengers per day is about 3,301, the report concluded there would be an estimated 1,723 people who experienced the onset of 2019-nCoV symptoms by Jan. 12.

The Associate Director of Wuhan Jinyintan Hospital, Huang Chao-lin (黃朝林), announced at a press conference on Sunday (Jan. 19) that a reagent provided by the state confirmed the number of new cases was 17. Further cases are expected.

A hospital statement said 2019-nCoV isn't easily transmitted and the epidemic is under control. Of the 763 people who had close contact with those infected none contracted the disease.