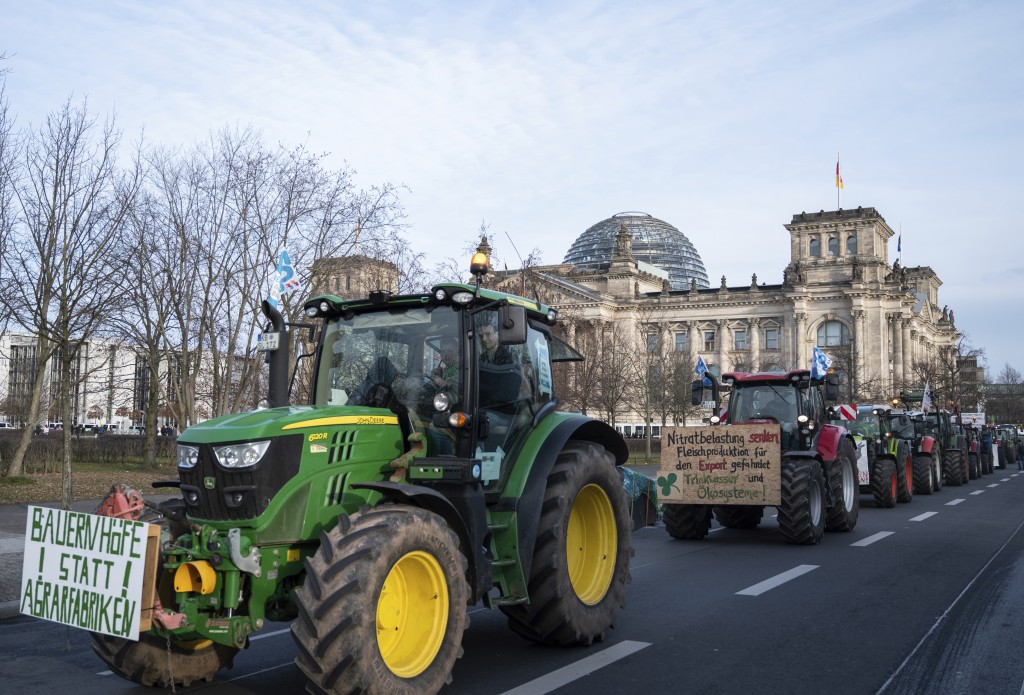 BERLIN (AP) — Demonstrators in Berlin called for more environment-friendly agriculture practices at a protest Saturday in Berlin that included farmers with more than 150 tractors.

Thousands of people gathered at the German capital's Brandenburg Gate for the protest under the motto “We've had enough.” The protest, an annual event over the past decade, coincides with a yearly agriculture and food fair in the German capital called International Green Week.

Organizers said this year could “make or break the transition to sustainable, climate-friendly farming” and determine whether billions of euros in European Union subsidies “fund the transition towards sustainable farming or accelerate insect loss and climate change.”

Supporters on Saturday included environmental and animal protection groups. The demonstration came days after two beekeepers staged a sticky protest outside Germany’s Agriculture Ministry against the continued use of a controversial herbicide.

Germany, like other European countries, recently has seen protests by farmers complaining that planned new environmental limits are overly restrictive. In November, about 10,000 farmers with 5,000 tractors snarled traffic in Berlin, and the following month Dutch farmers and construction workers protested against government moves to cut pollution that they say hurt their businesses.

Around 400 tractors drove into the capital on Friday in a similarly themed but much less disruptive protest.

Chancellor Angela Merkel’s Cabinet in September decided on a series of environmental proposals, including tighter restrictions on the use of pesticides and herbicides to protect insects and on fertilizers to protect groundwater.