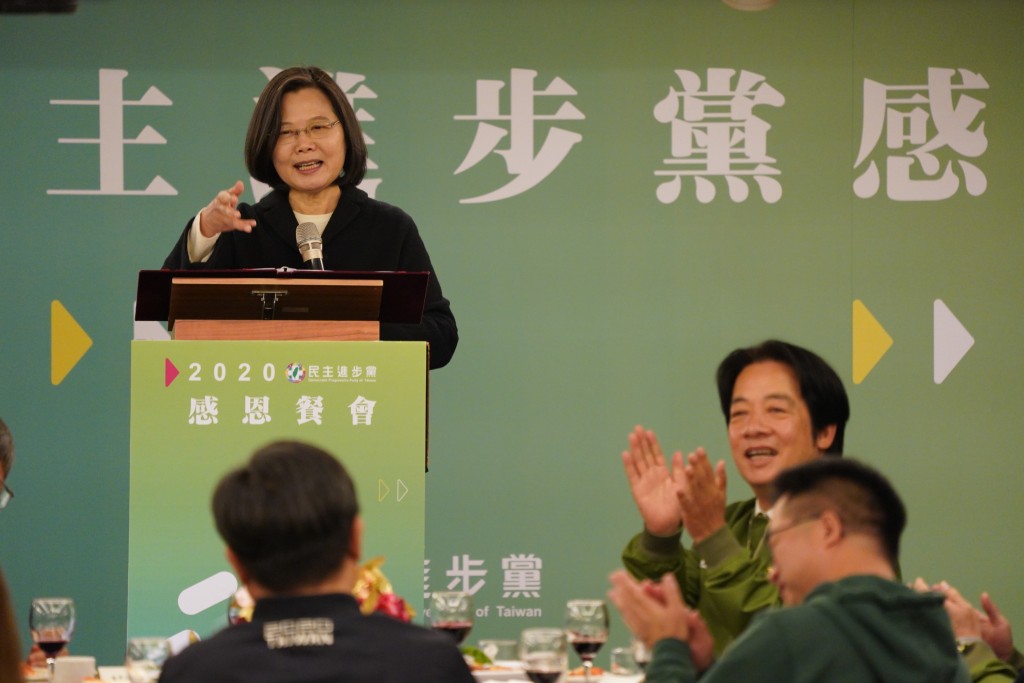 Tsai received 57 percent of the vote with a record 8.17 million votes, with opposition Kuomintang (KMT) challenger Han Kuo-yu (韓國瑜) finishing a distant second with only 38 percent in the Jan. 11 elections. The DPP also succeeded in holding on to its absolute majority in the 113-seat Legislative Yuan.

The Institute of Sociology at the Academia Sinica found that 72 percent of voters below the age of 40 had cast their ballot for Tsai, while more than 60 percent of college graduates had also chosen to re-elect the president, cable station TVBS reported.

An important reason for the middle class veering away from the KMT was that the opposition party had not mentioned any precise policies or plans to upgrade the country’s economy, said institute researcher Lin Thung-hong (林宗弘).

Young voters had been disaffected by the KMT’s China policies and by the party’s opposition to pension reforms and to same-sex marriage, he added. The academic saw the 2014 Sunflower Movement as the start of the movement of young voters toward the DPP.

Other experts also named the importance of centrist, non-partisan voters, estimated to number about 20 percent of the public. They had not been moved by the parties’ ideologies but by the events in Hong Kong, allowing the defense of Taiwan’s sovereignty to become an important campaign topic, TVBS reported.