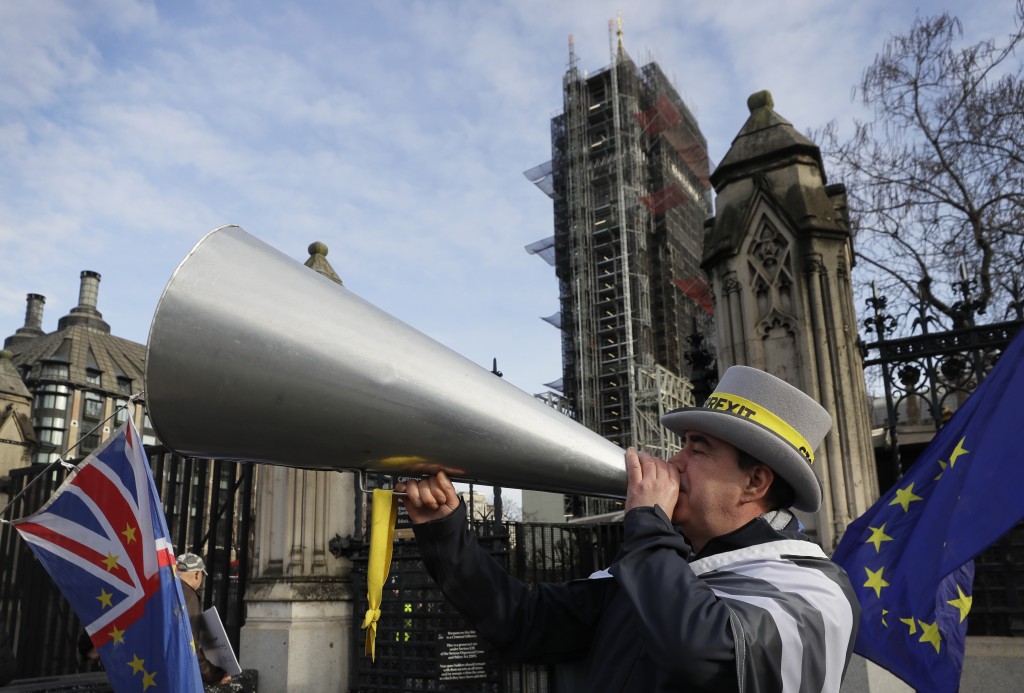 LONDON (AP) — The British government has announced plans for special events on the night of Jan. 31 when the country officially leaves the European Union but the country's treasury chief has admitted that some U.K. business sectors will suffer as a result.

Sajid Javid told the Financial Times in an interview Saturday that Britain's regulations will not be aligned with the EU in the future and that those changes may hurt some businesses. Currently the EU is Britain's largest trading partner.

Britain will officially leave the EU bloc on the night of Jan. 31, even though it will keep following EU rules for an 11-month transition period. It will be the first nation ever to leave the bloc. The British government plans to mark the occasion with a series of upbeat events.

British Prime Minister Boris Johnson plans to make a speech to the nation that night after holding a rare cabinet session in the north of England to emphasize his government's plan to spread opportunity to that economically beleaguered region.

The government also plans to mark Brexit by projecting a clock onto the prime minister's official residence at 10 Downing Street in London that will count down until 11 p.m., when the break takes place.

The entire government neighborhood of Whitehall is to be illuminated for the occasion as part of a light show, with Union flags flown on all the poles in Parliament Square. The government will also create a commemorative coin that will enter circulation that day.

But Johnson's Conservative government is no longer actively pushing a plan to have the familiar chimes of the Big Ben clock tower at Parliament sound at 11 p.m. despite a private fundraising push in support of activating the chimes, which are under repair.

Britain voted in a 2016 referendum to become the first nation to leave the 28-nation EU, but the process has moved more slowly than expected. A stalemate last year kept a withdrawal bill from passing, leading to a rare December election that gave Johnson's pro-Brexit Conservative Party a strong majority in Parliament.

The Brexit divorce bill quickly passed when the new Parliament convened. A transition period will last until the end of 2020 as negotiators try to forge a trade arrangement between Britain and the remaining EU nations.

Johnson, who is also seeking a trade deal with the United States, has ruled out seeking an extension of the deadline for the EU talks.