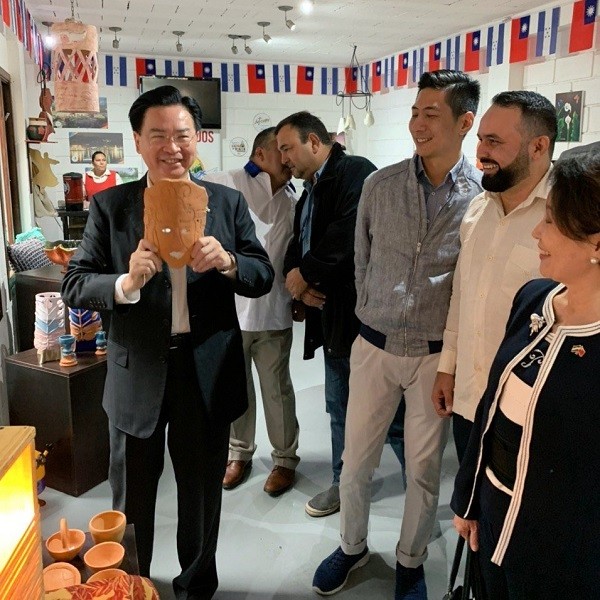 On the first leg of the trip, Wu attended the inauguration of Guatemalan President Alejandro Giammattei, and held discussions with top American, Guatemalan and Honduran officials Jan. 13-15, the ministry said.

The meeting on Jan. 14 with U.S. Acting Secretary of the Department of Homeland Security Chad Wolf, Honduras President Juan Orlando Hernández, and Giammattei focused on "regional cooperation and development," Wu was cited as saying.

In Honduras Jan. 16-17, Wu met again with Hernández and the country's Foreign Minister Lisandro Rosales, thanking them for their support of Taiwan's bid to participate in international organizations, according to Taiwan's Ministry of Foreign Affairs (MOFA).

In a separate press release Saturday, MOFA said Deputy Foreign Minister Hsu Szu-chien (徐斯儉) will lead a delegation to the inauguration of Marshall Islands President-elect David Kabua on Jan. 20.During the Jan. 18-23 trip to the Pacific ally, Hsu will meet with government officials and visit some development projects funded by the Taiwan government, MOFA said.

Since Tsai first came to office in 2016, China has been making strong efforts to poach Taiwan's diplomatic allies to put pressure on Tsai, whom it perceives as non-compliant with its cross-strait policies. Most recently, the Solomon Islands and Kiribati last September switched diplomatic allegiance to China, leaving Taiwan with only 15 diplomatic allies worldwide.

While the United States has tried to counter those efforts in recent years, Beijing is likely to step up its economic, diplomatic and even military pressure on Taiwan, following the landslide victory of Tsai and her Democratic Progressive Party (DPP) in last week's presidential and legislative elections, according to American scholar Bonnie Glaser, a senior adviser for Asia and the director of the China Power Project at the Washington-based Center for Strategic and International Studies.