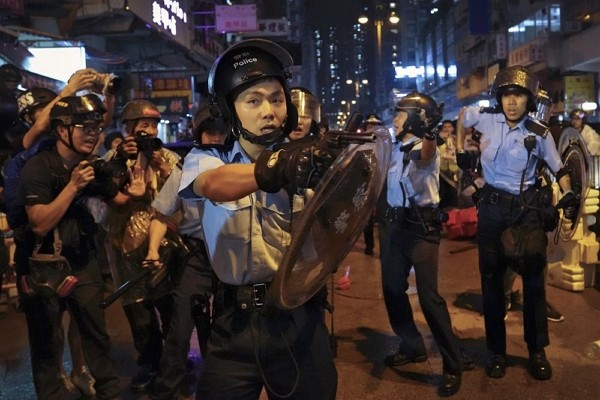 TAIPEI (Taiwan News) — A Hong Kong police officer has been suspended and investigated after being arrested for posting anti-extradition messages on a Lennon Wall in the special administrative region on Saturday morning (Jan. 18).

While the Hong Kong protests have cooled somewhat since starting eight months ago, arrests of pro-democracy demonstrators have not halted. Following the arrest of the Hong Kong student who organized medical help for her fellow student protestors, eight Hongkongers were detained on the city's streets, including the 31-year-old police officer, surnamed Huang (黃), who was off duty.

According to Hong Kong media Mingpao (明報), Huang is the first law enforcement officer to be punished for supporting the pro-democracy movement. Another four men and three women, ranging in age from 14 to 61, were also arrested on the charge of vandalism.

The report said that Huang, accompanied by his girlfriend and her mother, were allegedly posting flyers containing anti-extradition information on a Lennon Wall when the police arrived at the scene. Hong Kong district councilor Lee Ka Wai (李家偉), who was present at the arrest, shared the story on social media and said Huang has been suspended, reported CNA.

Lee added that many police officers in Hong Kong are dissatisfied with the government's passive attitude and are considering quitting their jobs. A video from the German state-owned broadcaster Deutsche Welle confirmed Lee's claim, in a feature on a Hong Kong policeman torn between duty and conscience.