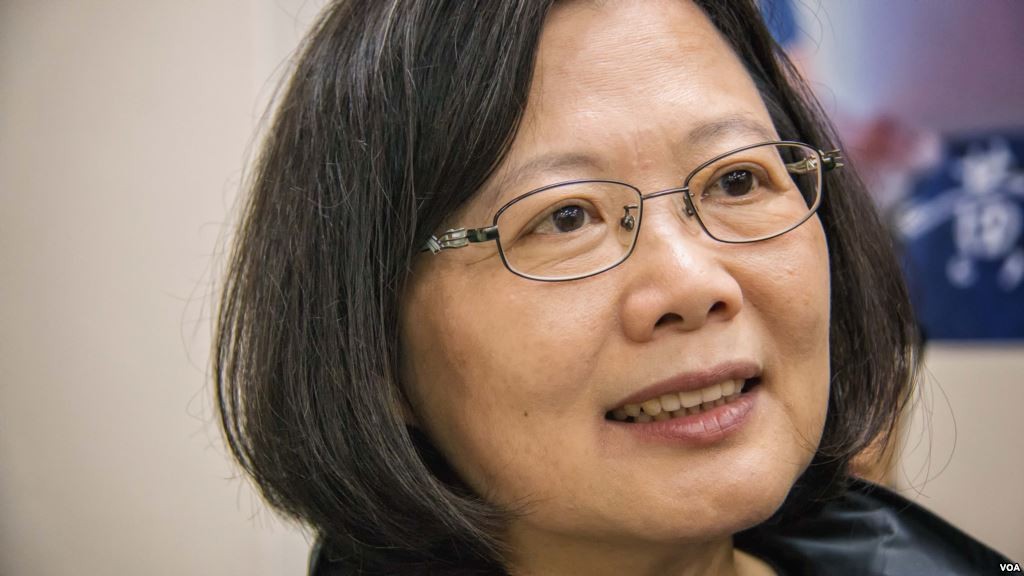 KAOHSIUNG CITY (Taiwan News) – She has just won a landslide election victory, secured a mandate for her diplomatic stand against the Chinese Communist Party's (CCP) bullying, and now President Tsai Ing-wen (蔡英文) appears to be taking a more robust stand on cross-strait relations.

In what appears to be a conscious policy shift, Tsai’s language over Taiwan’s relations with Communist China was noticeably more robust in an interview given this week to the BBC. Speaking in fluent English, Tsai engaged with the British public service broadcaster, which has been accused in the past of cozying up to Beijing on a number of issues, including Taiwan.

Tsai’s interview was handled by reporter John Sudworth. He is a China correspondent, a title which obviously isn’t ideal.

But he is still a far better bet than the BBC’s lamentable Taiwan correspondent Cindy Sui. Her pro-Beijing bias is there for all to see and her recent “report” on BBC World condemning Tsai and promoting CCP-propaganda about Taiwan as “an alternate reality” provoked lots of controversy online and led to one Taiwan-focused Twitter account making an official complaint to the BBC.

Sudworth was far more balanced in his approach, as the BBC is supposed to be, and conducted this interview in a manner that many Taiwan TV channels and interviews could learn from. Tsai, in contrast, conducted it in her usual measured tone but using far more bullish language than has been the case in the past.

Perhaps the most powerful of her comments came toward the end of the interview when Sudworth dropped the big question, asking Tsai “are you in principal in favor of formal Taiwanese independence.” Such clear and simple questions are something of a rarity for a Taiwanese politician but Tsai’s response was equally clear, simple, and factually correct.

Boom! In two simple sentences, the president of Taiwan set up her entire foreign policy for the next four years. No longer is Taiwan going to tiptoe around the notion of "one China," the flawed concept of "one country, two systems," and the fabricated "1992 consensus."

Taiwan is going to speak truth to power and say how things really are.

Taiwan already fulfills the criteria for being an independent country. It is only the lack of recognition of this fact from others, under pressure from Communist China, that makes this an issue for debate.

But until now, even Taiwan’s own government has been coy about the fact. It is clear this is now changing and that sets up the prospect of a far more bullish approach to Taiwan’s international policies over the coming four years, something that is long overdue.

When asked what she could offer Beijing to persuade them to resume cross-strait dialogue, Tsai said, “It is for the Chinese to be prepared to face reality, that’s the key. If they are not prepared to face the reality, whatever we offer won’t satisfy them.”

Sudworth put it to Tsai that her predecessor, Ma Ying-jeou (馬英九), managed to preserve democracy and improve relations. Tsai patiently and accurately explained the ambiguity over Taiwan’s status, which was accepted then, no longer serves the purpose it was intended to. In other words, the "1992 consensus" cannot play a defining role anymore.

But if any answer gave an indication of Tsai’s future foreign policy plans, it came in response to a question about the prospects of war with Communist China. Tsai spoke about the ever-present risk and the importance of military preparedness, but also stressed the importance of “international support for your cause.”

In a sense, this is a roll of the dice. Tsai is gambling that she can use Taiwan’s shared values of democracy and human rights to build a coalition of support and offset the risk posed an increasingly dictatorial Xi Jinping (習近平).

Quite where this new direction has emerged from is unclear. There is more than a hint of William Lai’s (賴淸德) influence in much of what Tsai said.

Whatever the origin, there has been much fist-pumping and celebration online now that Tsai has finally shown such courage on the international stage. The big questions now are, will her nerve hold? And will the international community respond?

On both questions, there is a long way to go so we will have to wait and see.