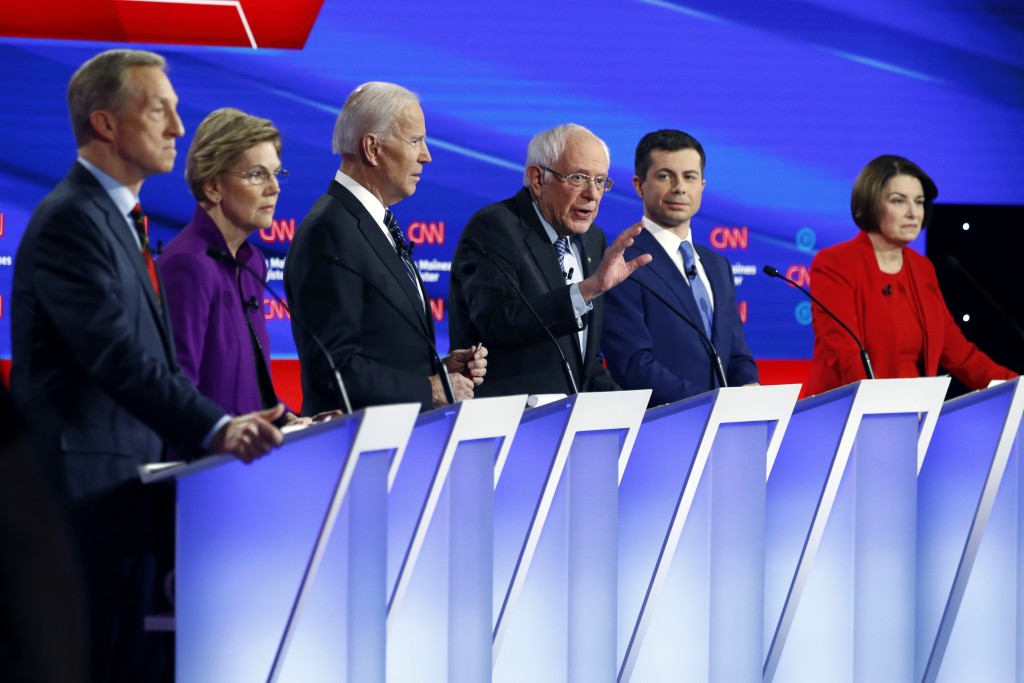 COLUMBIA, S.C. (AP) — The Democratic National Committee on Friday announced its criteria for the first debate to be held after voting begins in the 2020 presidential campaign, including a new pathway to the stage based off delegate pledges.

As they have before, qualifiers will need to meet polling and grassroots funding thresholds to participate in the Feb. 7 debate in Manchester, New Hampshire. But new for next month is a pathway centered around delegates: Based off the results of the lead-off Iowa caucuses, any candidate awarded at least one pledged delegate to the Democratic National Convention, as calculated by the Democratic Party, will be able to participate.

Party officials are relying on the same polling and grassroots thresholds as for the January debate in Des Moines, Iowa: either receiving 5% in at least four national or early-state surveys approved by the party, or receiving 7% in two polls in early voting states. But for these calculations, only polls from New Hampshire, Nevada or South Carolina will be used, with the party saying it would rely on caucus results instead of polls to reflect a candidate's standing in Iowa.

Polls must be released from Dec. 13 to Feb. 6, the day before the debate.

In terms of fundraising, candidates must receive donations from at least 225,000 unique donors, with a minimum of 1,000 donors per state in at least 20 states.

Up until this round, the eighth of the Democratic campaign, party officials had steadily increased polling and fundraising thresholds, standards that had been scrutinized by candidates and party activists, as DNC Chairman Tom Perez has juggled the tasks of keeping a historically large field from being too unwieldy for voters while keeping his promise that everyone running would have a fair shot to make a case on the national stage.

The field of six candidates on the stage in Des Moines — former Vice President Joe Biden, Vermont Sen. Bernie Sanders, Massachusetts Sen. Elizabeth Warren and Minnesota Sen. Amy Klobuchar, as well as former South Bend, Indiana, Mayor Pete Buttigieg and billionaire Tom Steyer — was the smallest and least diverse of the 2020 cycle, which at times has sprawled onto two stages and back-to-back nights.

All six onstage in Des Moines appear to have met the polling and grassroots thresholds for next month's debate. Businessman Andrew Yang, who failed to qualify for Des Moines, has met some but not all of next month's requirements.

ABC News, ABC's New Hampshire affiliate WMUR-TV and Apple News are co-hosting the debate at Saint Anselm College on Feb. 7, four days after the Iowa caucuses and four days before New Hampshire's votes are cast. Later debates will follow in Las Vegas on Feb. 19, and in Charleston, South Carolina, on Feb. 25.