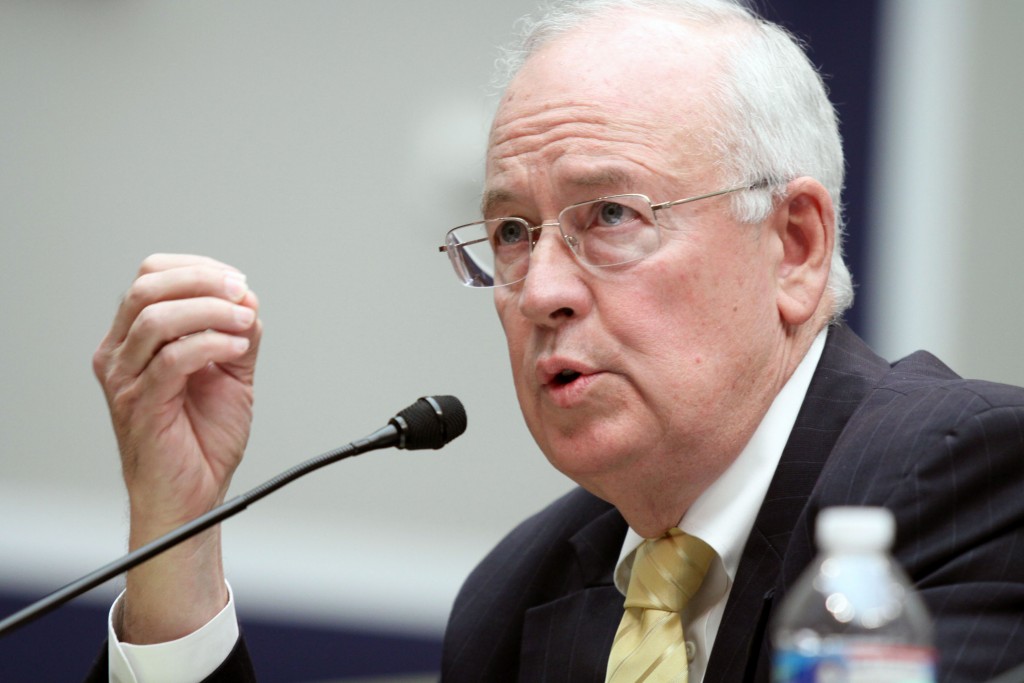 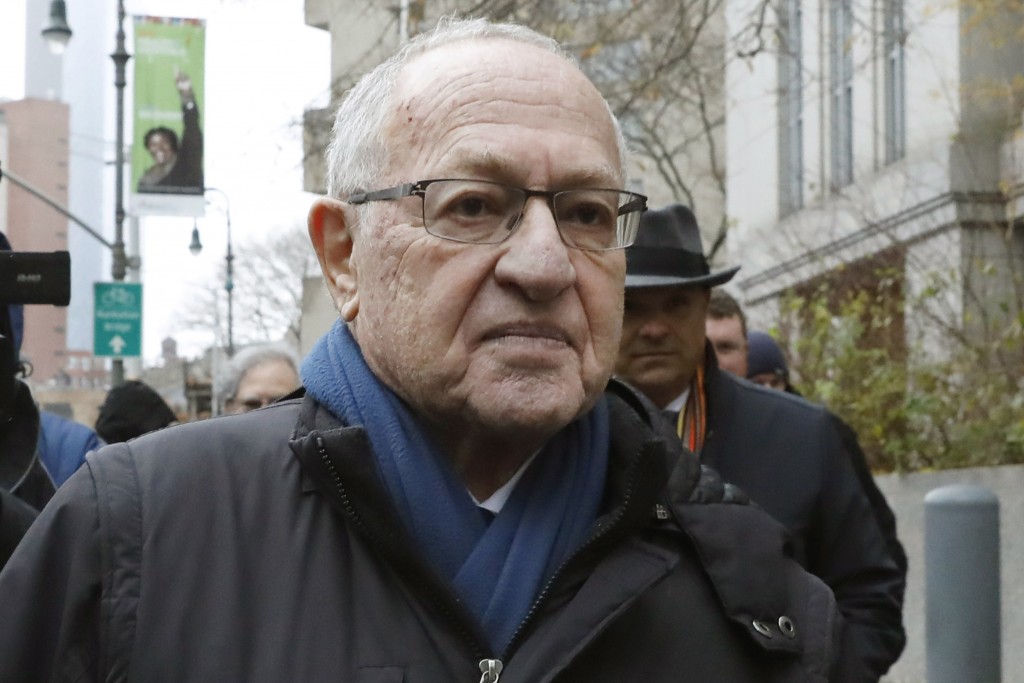 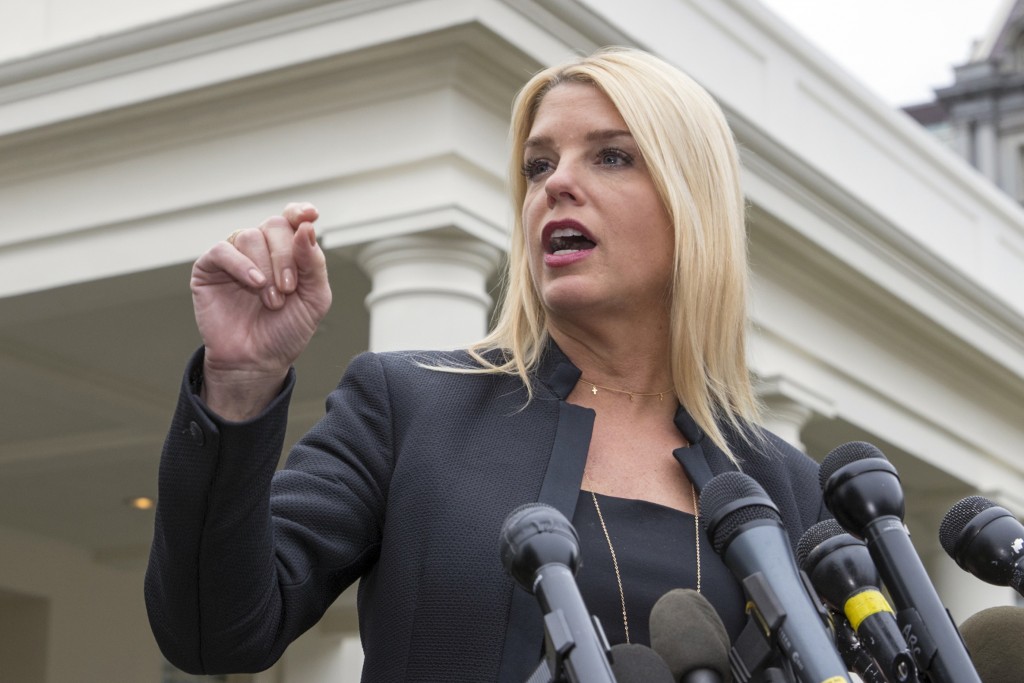 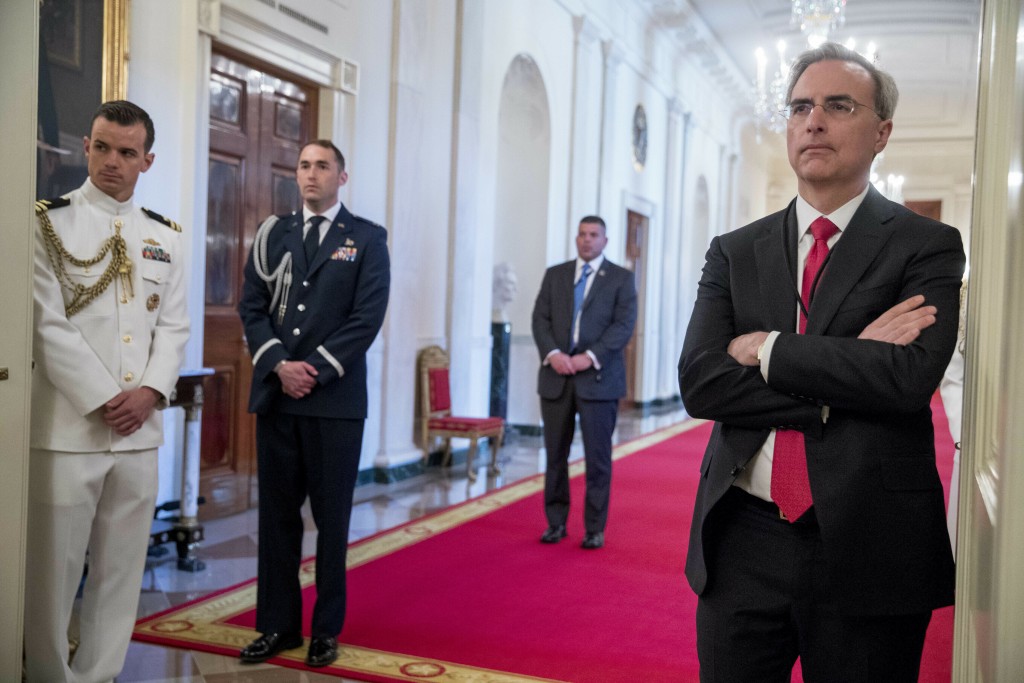 WASHINGTON (AP) — President Donald Trump’s legal team for his Senate impeachment trial will include a pair of well-known attorneys who have vigorously defended Trump on television and played roles in some of the most consequential legal dramas in recent history.

A look at who's who:

The current White House counsel, Cipollone is an unassuming and private figure who built a career around complex litigation. While he doesn’t have extensive trial experience, he has worked on numerous high-profile cases, including the lawsuit against credit reporting company Equifax after a massive data breach. He also defended the University of Virginia student who claimed she was the victim of a gang rape at a fraternity house and was featured in a 2014 Rolling Stone article that was later retracted. In the White House, he has forcefully defended Trump's right to executive privilege and argued that congressional investigators have no right to question White House staffers about their conversations with the president.

Well known in conservative circles, Sekulow is one of the president's personal lawyers, having represented him during special counsel Robert Mueller’s investigation into Russian interference in the 2016 election. The host of a radio and TV talk show, Sekulow has extensive media experience. He has argued before the Supreme Court on at least a dozen occasions, including landmark cases on religious liberty. As chief counsel at the American Center for Law and Justice, Sekulow has also represented Trump in his fight to prevent the release of his tax returns.

A constitutional law expert and former Harvard professor, Dershowitz was part of O.J. Simpson's legal “dream team." He voted for Democrat Hillary Clinton in 2016 but has nonetheless been a vocal public defender of Trump, writing a book titled “The Case Against Impeaching Trump." Dershowitz said he will present oral arguments outlining the constitutional arguments against Trump's impeachment to “defend the integrity of the Constitution and to prevent the creation of a dangerous constitutional precedent.” Dershowitz has defended a number of controversial clients including Jeffrey Epstein, the multimillionaire who killed himself in jail last summer while awaiting trial on charges that he sexually abused multiple underage girls. One of Epstein’s accusers has also accused Dershowitz of participating in her abuse. Dershowitz has vehemently denied the accusation.

Best known for his 1990s role as the independent counsel who investigated President Bill Clinton, Starr became a household name with his report on Clinton's extramarital relationship with White House intern Monica Lewinsky. That led to Clinton's impeachment over 20 years ago. A former U.S. solicitor general and federal circuit court judge, Starr has been a regular guest on Fox News, defending Trump on his favored network. But he and Trump haven't always been on the same page. “I think that Ken Starr is a lunatic. I really think that Ken Starr is a disaster,” Trump said in an interview with NBC's “Today” in 1999. Starr was removed as president of Baylor University and then resigned as chancellor of the school in the wake of a review critical of the university’s handling of sexual assault allegations against football players. Starr was also involved in the representation of Epstein.

A former federal prosecutor, Ray took over the Office of the Independent Counsel after Starr and is known for the lengthy report he wrote on the Clinton-Lewinsky affair. He now focuses on white-collar criminal defense matters and has appeared frequently on Fox News, defending the president.

The former attorney general of Florida and a longtime Trump supporter, Bondi joined the White House communications team late last year on a temporary basis to help shape the administration's defense strategy. After stepping down from her Florida position in January, she worked as a lobbyist for Ballard Partners, representing clients including General Motors, the commissioner of Major League Baseball and a Christian anti-human-trafficking advocacy group. She also registered as a foreign agent for the government of Qatar and as a lobbyist for a Kuwaiti firm, according to Justice Department foreign agent filings and congressional lobbying documents.

The former federal attorney handled organized crime and racketeering cases and now has a legal practice with her husband in Florida. In the 1980s, she was a trial attorney with the Organized Crime and Racketeering Section’s Boston Strike Force, and her cases included the nine-month trial and conviction of the underboss of the New England Mafia. She also served as counsel to the assistant attorney general of the Justice Department's Criminal Division in Washington and as first assistant U.S. attorney for the District of Massachusetts. She and her husband, Martin Raskin, later formed a law firm based in Coral Gables, Florida. The two worked with Sekulow and Rudy Giuliani during the Mueller investigation.

The deputy White House counsel previously was a political appointee in the Justice Department during President George W. Bush's administration. Philbin was involved in the discussion about whether Bush had the legal authority to charge terror suspects held at the U.S. military prison at Guantanamo Bay, Cuba. Philbin was a law clerk for Laurence Silberman, a federal appeals court judge, and Supreme Court Justice Clarence Thomas.

Purpura is a deputy in the White House counsel’s office and worked on the administration's response to the House impeachment inquiry. He also was associate counsel to President George W. Bush. More recently, he worked for more than two years as chief legal officer at BlackSand Capital in Honolulu and spent nine years at a law firm there. Purpura has been senior counsel to the deputy attorney general and U.S. attorney for the District of Hawaii and spent four years as assistant U.S. attorney for the Southern District of New York.