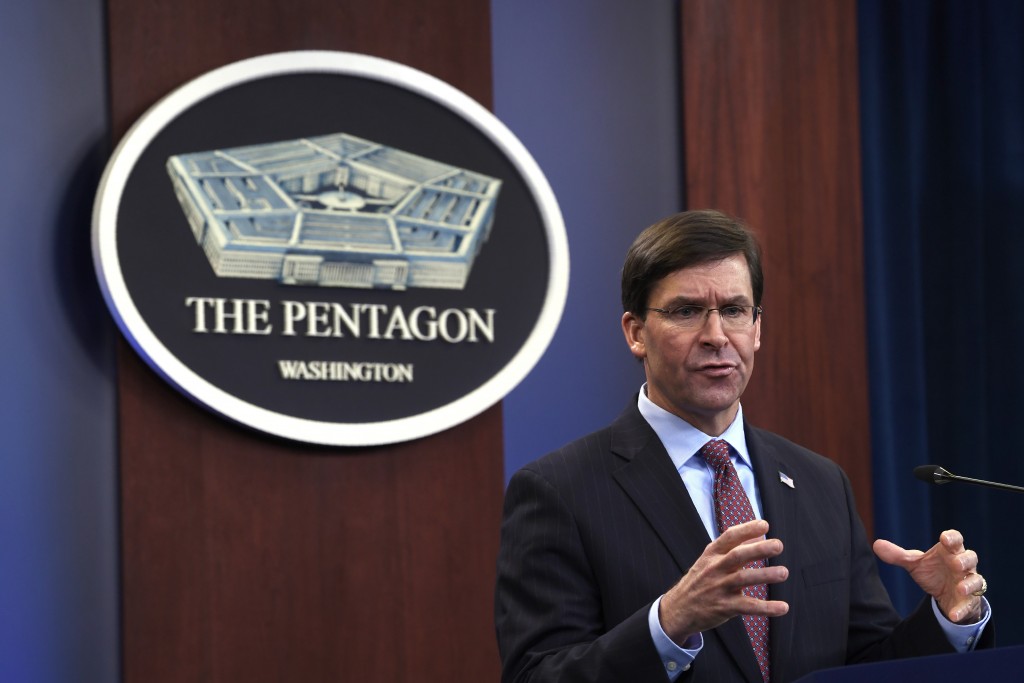 WASHINGTON (AP) — The Pentagon is imposing new restrictions and controls on all international military students at American bases, including limits on their possession of firearms, in response to a shooting by a Saudi trainee in December that killed three sailors in Florida.

The Justice Department announced this week that the attack at Naval Air Station Pensacola on Dec. 6 was an act of terrorism, and it said 21 Saudi trainees were being sent home. The 21 had jihadist or anti-American sentiments on social media pages or had “contact with child pornography,” including in internet chat rooms, officials said. None has been accused of having had advance knowledge of the shooting or helped the gunman carry it out.

After the Pensacola shooting, Defense Secretary Mark Esper ordered a review of the Pentagon's handling of foreign military trainees. The results, announced Friday, put foreign trainees under new limitations, including their travel away from their assigned base; their possession and use of firearms and their access to bases and other U.S. facilities.

The Pentagon will more closely control foreign trainees' access to facilities on military bases by using a software application known as the Defense Bio-metric Identification System that allows officials to verify a person's authorization to access certain areas. Using this system, foreign students' access credentials can be coded to limit their entry only to those buildings relevant to their training.

Local commanders will be authorized, based on local circumstances, to place additional limitations on foreign trainees, such as limiting off-duty travel. Also, these trainees will be subject to continuous monitoring while enrolled in U.S.-based training programs. This would make it possible to detect indications of a security threat that emerge after a trainee entered the U.S.

“All current and future students will be required to acknowledge their willingness to abide by these standards, committing to full compliance with all U.S. laws on- and off-duty as a condition of their enrollment,” said Garry Reid, the Pentagon's top intelligence official.

The Pentagon made no mention of changing the system by which foreign military students are allowed to enter the United States. The State Department handles visa requirements for such entry.

The Pensacola shooting in which 21-year-old Saudi Air Force officer Mohammed Alshamrani killed three U.S. sailors and injured eight other people focused public attention on the presence of foreign students in American military training programs and exposed shortcomings in the screening of cadets. It was the first such deadly incident in recent decades in an international training program that the Pentagon considers important to building relations with foreign partners.

Reid said once the new procedures are in place, the military services will be authorized to resume the training that was suspended after the attack in Pensacola. The suspension applied to the approximately 850 Saudi trainees.