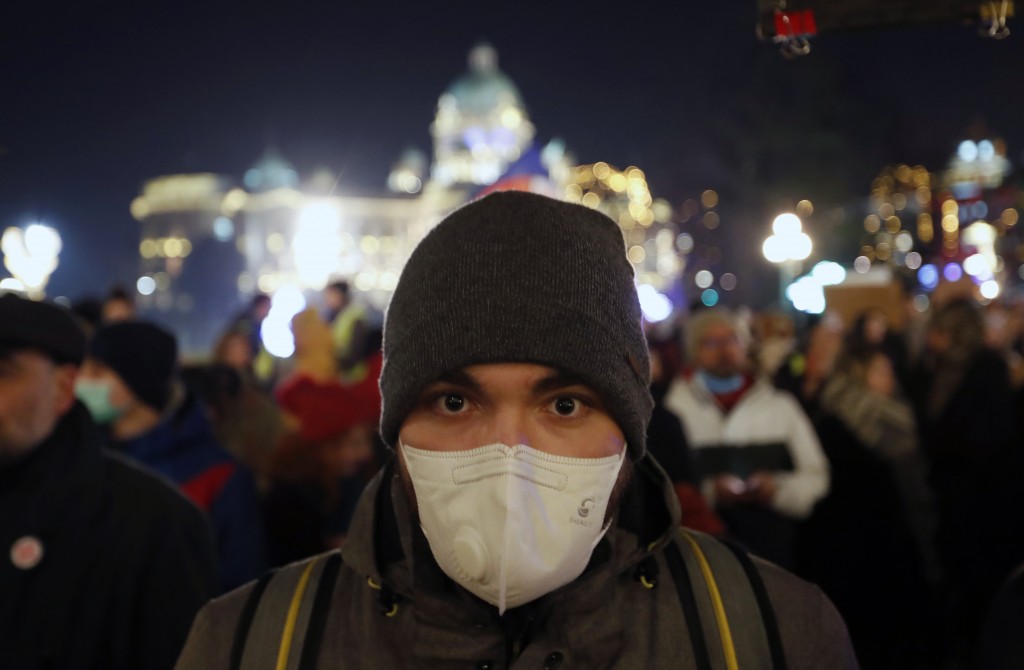 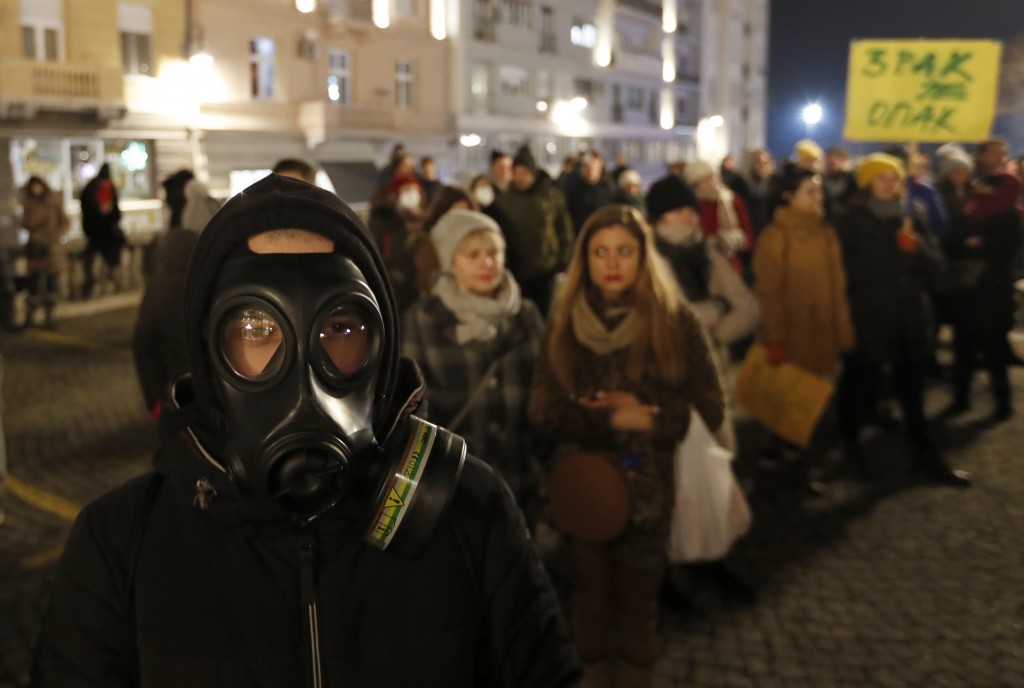 BELGRADE, Serbia (AP) — Hundreds of people have rallied in Serbia's capital to protest the heavy pollution that has gripped Belgrade in recent days.

Many participants in Friday's protest wore face masks as they gathered outside City Hall and marched through downtown.

Activists behind the event said the government should take steps to address smog in Belgrade, such as improving public transportation and planting trees.

“A 21st century state cannot look at the sky and wait for the wind to blow to solve pollution," said Radomir Lazovic from the Do Not Drown Belgrade group. “People are getting sick and dying."

High concentrations of air pollutants also have been recorded in other major Balkan cities in the last week.

The capital of Bosnia, Sarajevo, traditionally has the worst winter smog because it is located in a deep valley and surrounded by high mountains.

On Friday, Sarajevo authorities promised to hand out free protective masks to residents most of risk for health problems from dirty air.

Serbia's government said Friday it has formed a team to tackle pollution in a “systematic way."

Officials have appealed to the public not to panic, noting that poor air quality is a decades-old problem.

Experts say air pollution in the Balkans is heavy because of the use of coal-fueled power plants and old cars and other factors. In the past week, thick fog added to the problem.

A report last year by the U.N. Environment Program said people living in the Western Balkans lose up to 1.3 years of life to air pollution.

Experts have warned that these and other environmental setbacks could stall efforts by Serbia and other Balkan countries to join the European Union.