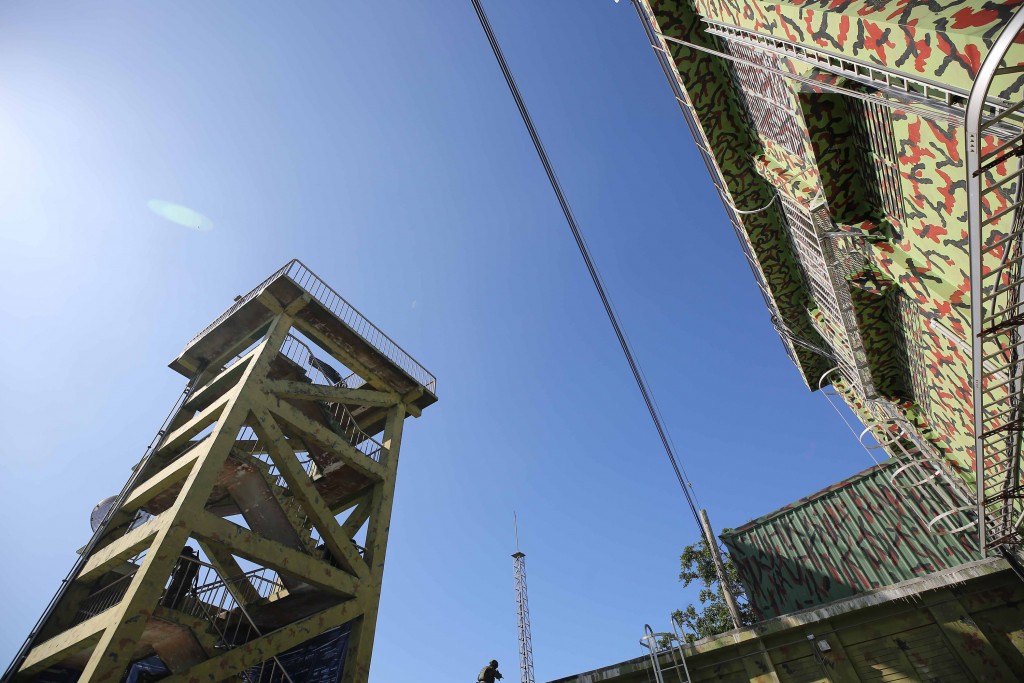 The mid-range radar station in Shoushan (Long Life Mountain) in Kaohsiung City was opened to the media on Thursday in a rare move by the government to display Taiwan's combat readiness in the run-up to the Lunar New Year.

The radar station, located in the 356-meter-high Shoushan in southern Kaohsiung, is one of the most important radar stations in western Taiwan in deterring invading forces and safeguarding national security amid increased military intimidation by China against Taiwan in recent years, said Lieutenant Commander Wu Hou-sheng (吳厚生), chief of the station.

It is tasked with monitoring round the clock movements of enemy fighters or warships that come within 50 nautical miles of Taiwan's southwestern region, working along with other radar stations in the southern part of the country and on offshore islands, he said.

According to Wu, the Shoushan Mid-Range Radar Station, under the second squadron of the Naval Martime Surveilliances & Reconnaissance Command, is located in a strategic position between the Zuoying Naval Base and the Port of Kaohisung.

Thanks to its elevation, it is capable of precisely verifying targets that approach Taiwan and issuing early warnings if invading military aircraft, vessels or amphibian forces come close to the median line in the Taiwan Strait, he said.

In a bid to reduce air-borne attacks, the radar station is armed with FIM-92 Singer and MIM 72 Chaparral missiles, as well as 105-mm howitzers and five-inch cannons to help maintain peace in the region and deter invading enemies.

Later Thursday, the reporters also visited the Zuoying Naval Base, Taiwan's largest naval base, in the Shoushan area where cross-training, short-range shooting, and drills of special operations and anti-special operations were held.

On Wednesday, the reporters visited the air base in Chiayi County and an army base in Kaohsiung as part of a pre-Lunar New Year tour organized by the Ministry of National Defense with an aim to exhibit Taiwan's combat readiness.

At the Chiayi Air Base that is located in the same vicinity as Chiayi Airport, several F-16V (Block 20) jets demonstrated emergency landings to visiting reporters.

Later that day, they also visited the Army's 564 Brigade in Kaohsiung, where joint drills were conducted to show the result of the troops' routine training.