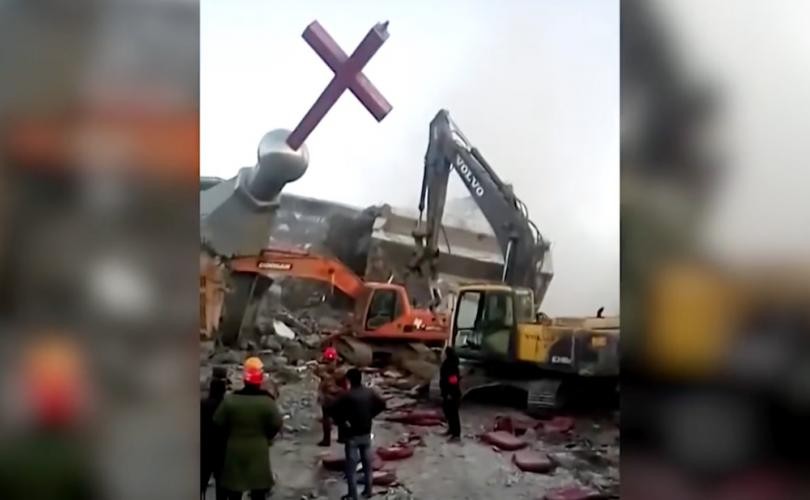 TAIPEI (Taiwan News) — The Vatican appears to have given its blessing on the shutting down of five parishes and the eviction of priests, elderly people, and a bishop by the Communist Chinese Party.

AsiaNews reports that the five parishes in Fujian Province, including Fu'an, Saiqi, and Suanfeng, as well as an elderly home run by nuns, have been shut down under the guise of "fire safety" measures. Priests and some 30 elderly guests in the home have been made homeless in the process.

Bishop Guo Xijin, a former ordinary bishop of Mindong, Fujian, is also reportedly homeless, forced to sleep on the doorstep of his clergy house in Quanzhou's Luojiang District. Guo was allegedly evicted for "security reasons" because his residence was "illegally occupied," and the electricity was promptly cut off, according to Catholic World News.

The news agency described Guo as one of the "victims" of the September 2018 Holy See–China Agreement, with the treatment of the Mindong diocese as a kind of "pilot project" for the execution of the deal. As part of the accord, Guo had agreed to be demoted to auxiliary bishop in favor of Beijing's hand-picked bishop, Zhan Silu.

Since the deal was inked, Chinese authorities have continuously hounded Guo and other priests in China to sign up for the CCP's official "Independent Church." Any priest who does not sign up for the Communist-run church is, like Guo, allegedly evicted from his church and residence, according to AsiaNews.

Among the five parishes that have been shut down in the latest crackdown, two were quite large, with Fu'an having had 10,000 parishioners and Saiqi 3,000. The home for the elderly was reportedly shut down on Jan. 13, and although some of the 30 residents have been taken in by their relatives, others have been left to fend for themselves.

Local Catholics have criticized Zhan as seeming "more like a politician than a pastor." Dissenting Chinese priests accuse the Vatican of signing the agreement "too lightly" and say it is time for the Holy See to "wake up from its dream" and "acknowledge that it has made a mistake," according to the report.

Video shows parishioners at Fu-an church forced to worship in the dark after power was cut by authorities: