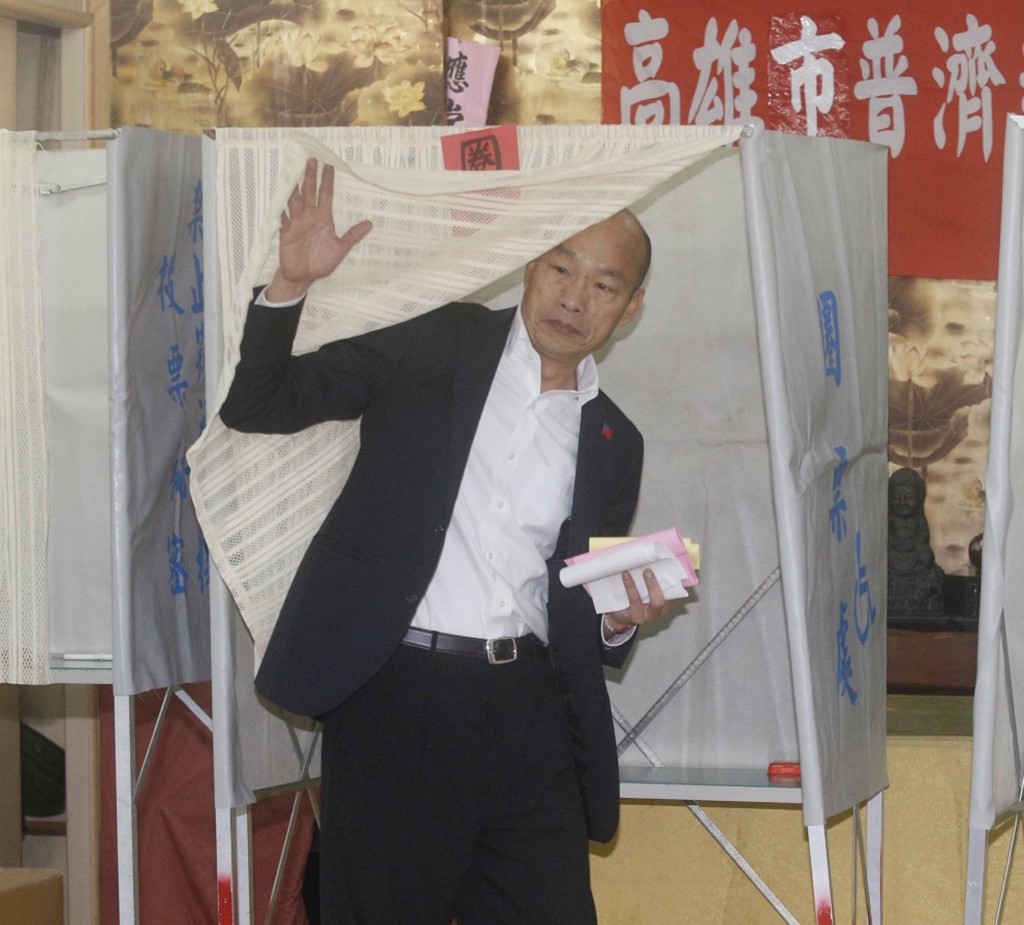 TAIPEI (Taiwan News) — On the heels of Kuomingtang Presidential candidate Han Kuo-yu's (韓國瑜) resounding defeat in the Taiwan presidential elections, non-governmental organizations are pledging to push forward with their campaign to recall Han as mayor of Kaohsiung.

After President Tsai Ing-wen was declared the victor in Taiwan's elections on Saturday (Jan. 11) with 8.17 million votes to Han's 5.52 million, Wecare Kaohsiung (Wecare高雄) and Citizens Mowing Action (公民割草) announced that they will press forward with their campaign to recall Han as Kaohsiung mayor. On Wednesday (Jan. 15), Han posted a picture on Facebook of himself and his team bowing and wrote, "I will continue to fight in Kaohsiung and be with you!"

After Han returned to Kaohsiung, Wecare Kaohsiung on Wednesday wrote on Facebook that according to a TVBS poll of 1,030 Kaohsiung residents, 53 percent said they agreed with the campaign recall Han, while 32 percent said they disagreed, eight percent did not make a selection, and seven percent had no opinion.

The organization then criticized Han for apologizing on his first day of returning to work for leaving behind Kaohsiung's residents but not apologizing for "all the lies, smears, discrimination, and betrayal" on the campaign trail.

On its Facebook page, Citizens Mowing Action wrote that Kaohsiung's future cannot wait three more years. The group then called on supporters to continue to participate in the second phase of the effort to have Han recalled in February.

In Han's post on Wednesday, he wrote that the election loss was only a temporary setback and that it was time to move forward in unity. He said that in the Year of the Golden Rat he would organize an event to thank voters for their support.

In 2019, the organization Wecare Kaohsiung (Wecare高雄) launched a petition to have Han recalled as Kaohsiung's mayor, and it has accumulated more than 300,000 signatures. In December of that year, it held the "1221 Wecare Taiwan Parade," which reportedly attracted half a million marchers.

Han's post in which he apologized to Kaohsiung citizens: