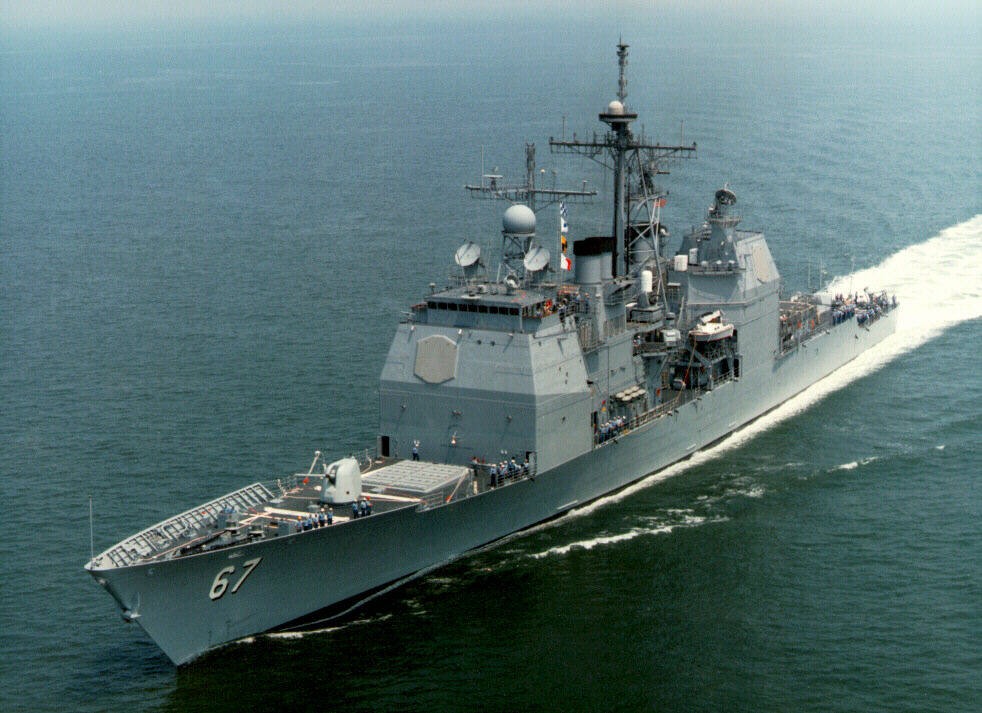 TAIPEI (Taiwan News) — Less than a week after President Tsai Ing-wen (蔡英文) won a landslide victory in the Taiwanese presidential elections on Saturday (Jan. 11), a U.S. warship sailed through the Taiwan Strait.

Taiwan's Ministry of National Defense on Friday (Jan. 17) announced that the U.S. Ticonderoga-class guided-missile cruiser the USS Shiloh had transited through the Taiwan Strait on Thursday (Jan. 16), reported Reuters. The ministry said that the ship traversed from south to north through the "sensitive waterway" as the military closely monitored its movements.

The ministry said that no abnormalities were observed with the vessel's movements. It added that it was a routine mission and that the public should not be overly concerned.

The Chinese domestically built aircraft carrier the Shandong prowled the waters of the Taiwan Strait twice before Taiwan's elections. It first transited through the strait on Nov. 17, before it received its official name, and again lurked in the strait on Dec. 16.

In 2019, Chinese naval vessels and air force jets repeatedly passed close to Taiwan, actions which were seen as attempts at intimidation ahead of Taiwan's elections.