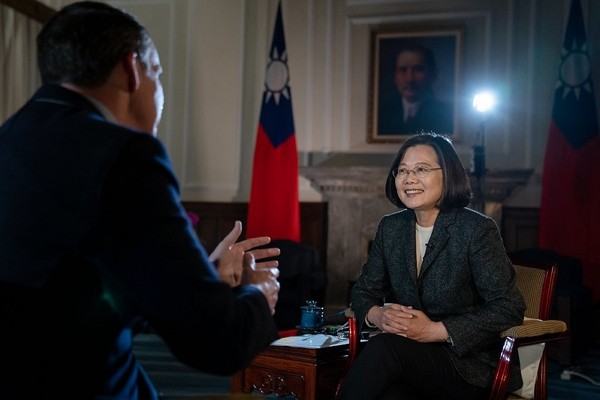 TAIPEI (Taiwan News) — In an article posted in The Washington Post Thursday (Jan. 16), columnist George F. Will pointed out that the tactics employed by Communist China are no longer effective.

Following the Taiwanese presidential election last Saturday (Jan. 11), the relationship between Taiwan and China has been widely discussed by the international media. Many media figures and political experts, including Will, believe that more and more countries have demonstrated their disagreement with Chinese ideologies.

Receiving the Pulitzer Prize for his political commentary in 1977, the American journalist said that the Taiwanese people have spoken through President Tsai Ing-wen's (蔡英文) recent re-election, which shows the "nonsensical nature" of the "one country, two systems" framework pushed by Beijing. He added that neither Taiwan nor Hong Kong will easily surrender the freedom of its people to China.

Will emphasized that the Taiwanese are victims of China's "totalitarianism," as its bullying behavior forces them to participate in politics. He observed that Taiwan has been independent for generations and that the country's own legislature, currency, travel documents, and diplomats are the evidence of this.

The veteran columnist said that there is an increasing number of Taiwanese citizens who self-identify as Taiwanese rather than Chinese and that the Beijing government should not bully its way through the global community and use "history" as its alibi. "China is learning that people make history, not the other way around," he added.