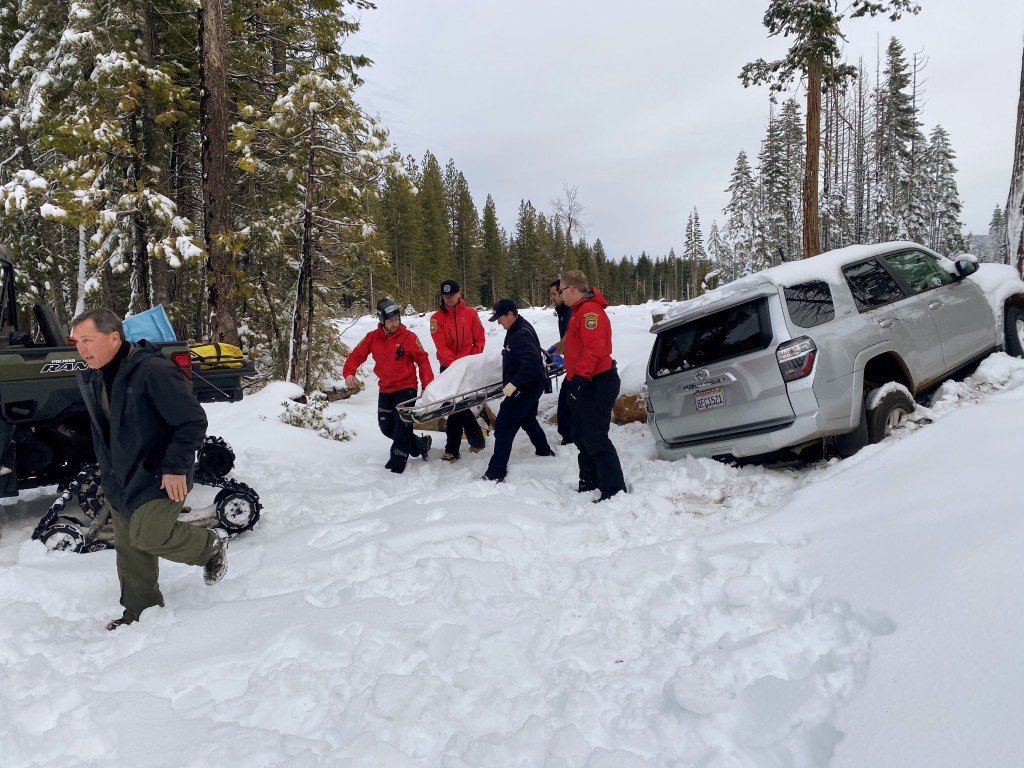 BUTTE MEADOWS, Calif. (AP) — The family of a woman with dementia who survived for six days in her snowbound SUV in Northern California said they feared the worst.

“It just felt like we were doomed,” Powell said. “So, it was just literally a miracle that those guys found her in just the nick of time.”

The helicopter landed, and two searchers hiked in and found James inside the SUV buried in snow.

A vehicle designed for traveling on snow rescued James, who was awake and conscious when deputies found her, Powell and authorities said.

"She looked at them and she said, ‘I’m very cold, I hope you brought a blanket,’” Powell said.

Her family said she stayed warm by periodically turning on the car for heat and bundling up with moving blankets and floor mats from the SUV. She was severely dehydrated and developed some frostbite but is doing well, relatives said.

“I really want to say thank you from the bottom of my heart to the sheriff’s department. They want above and beyond, and we really appreciate them for that," Powell said.

James is from Oroville, about 50 miles (80 kilometers) from Butte Meadows, where she was found.