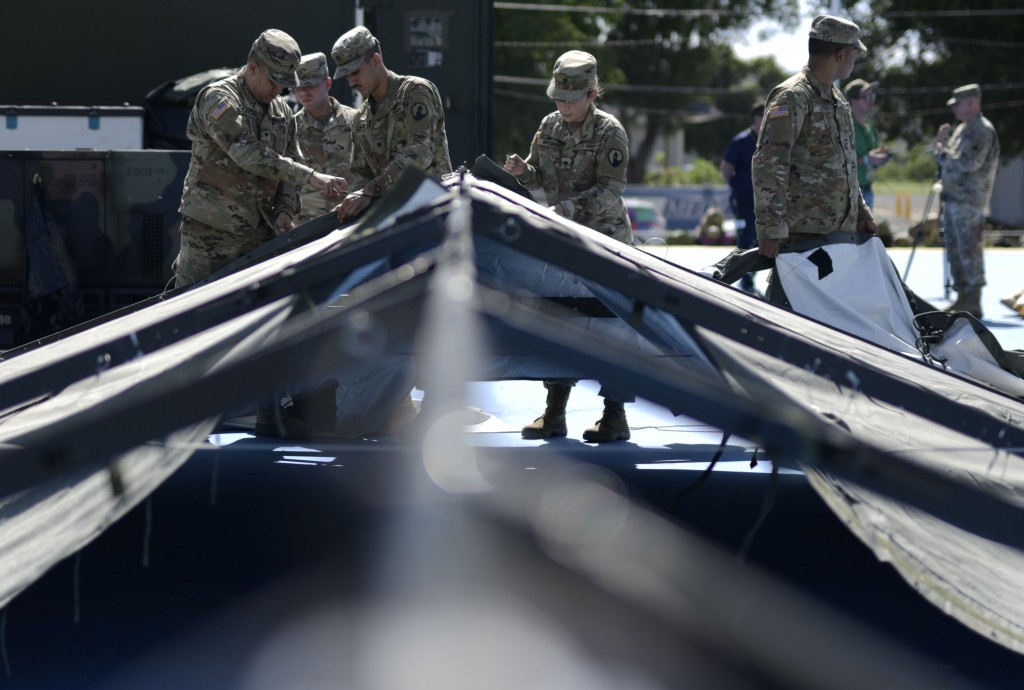 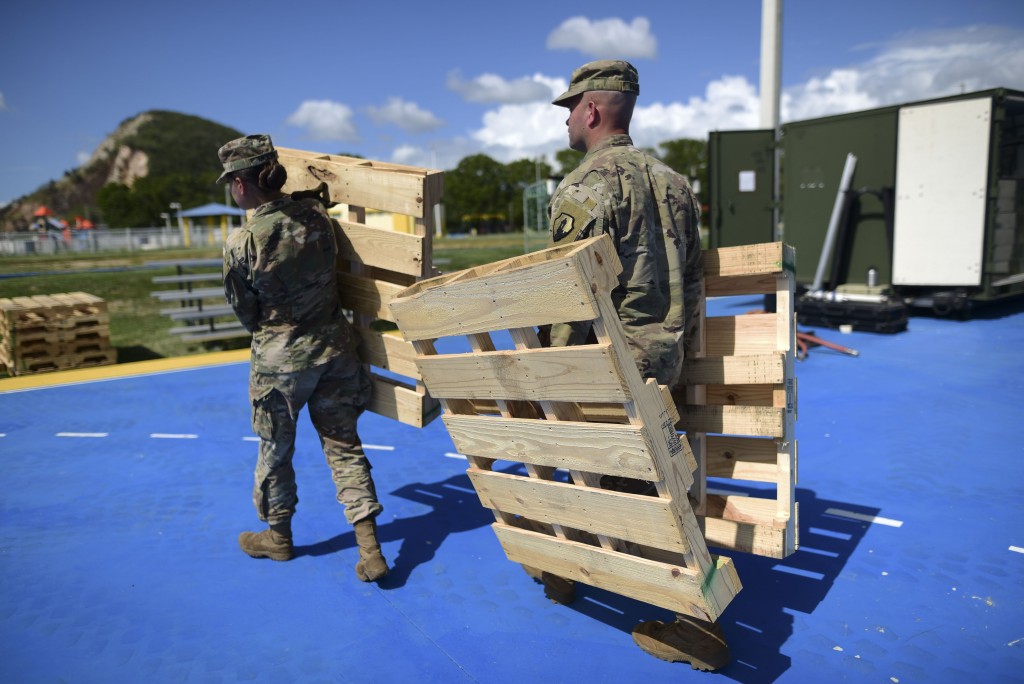 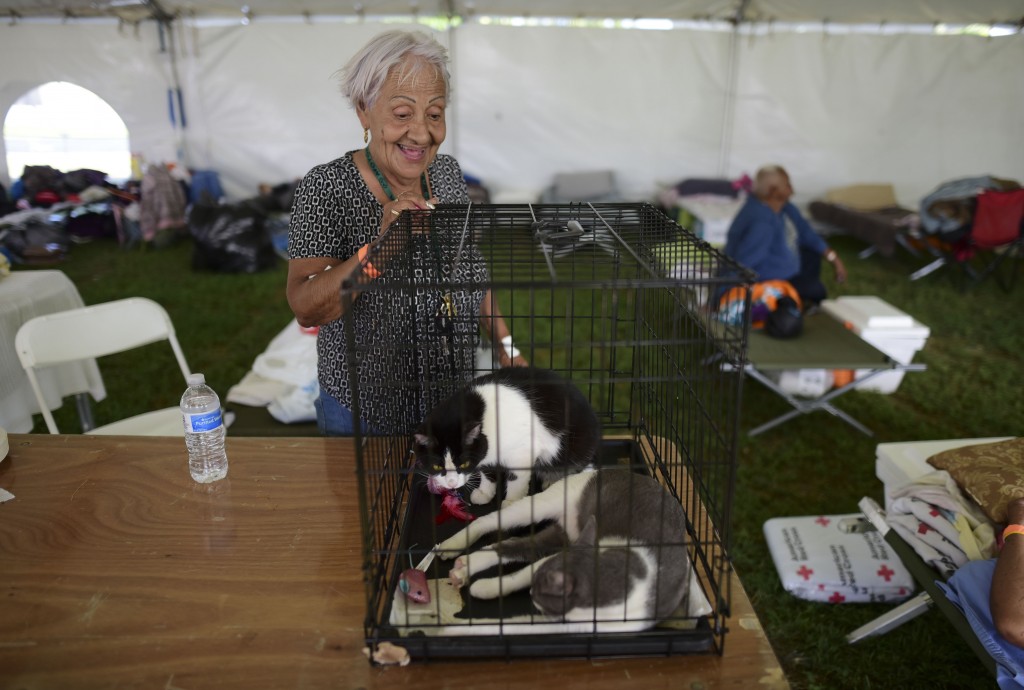 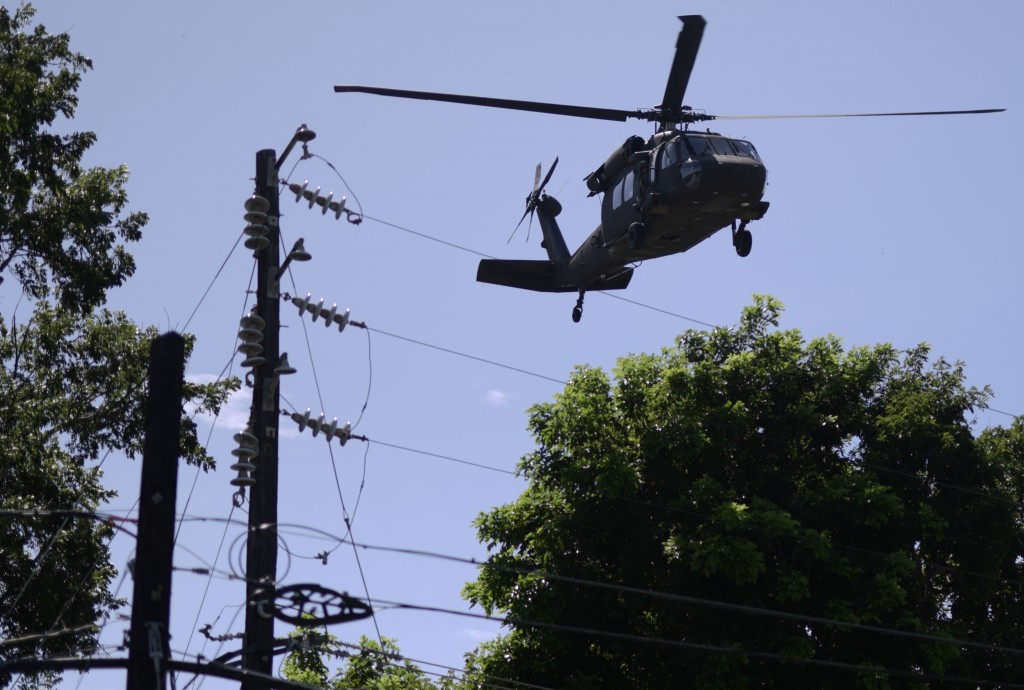 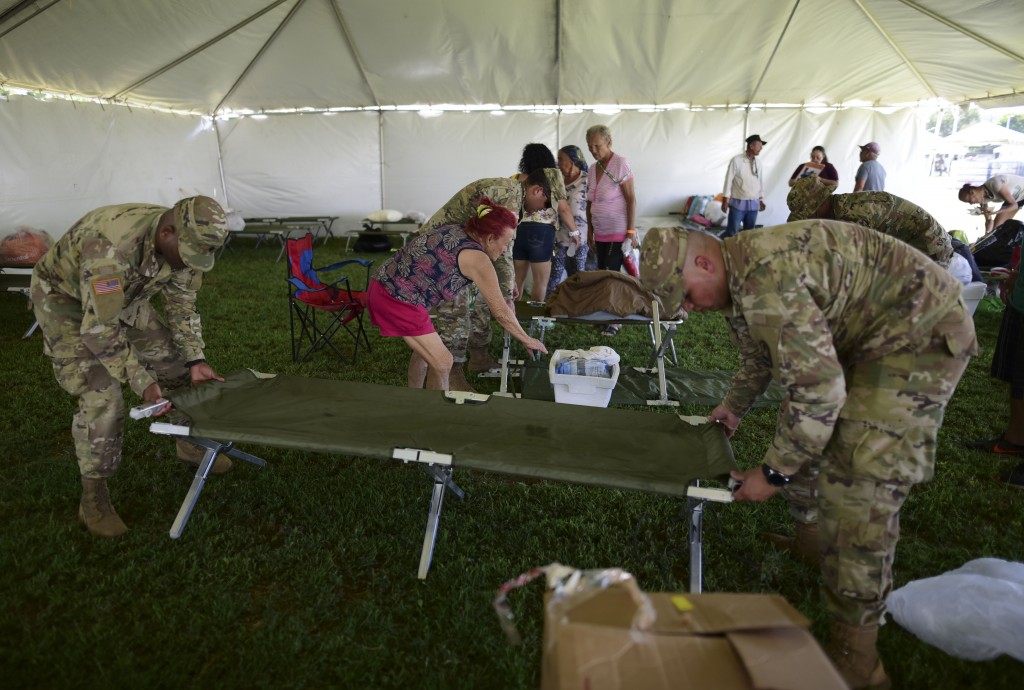 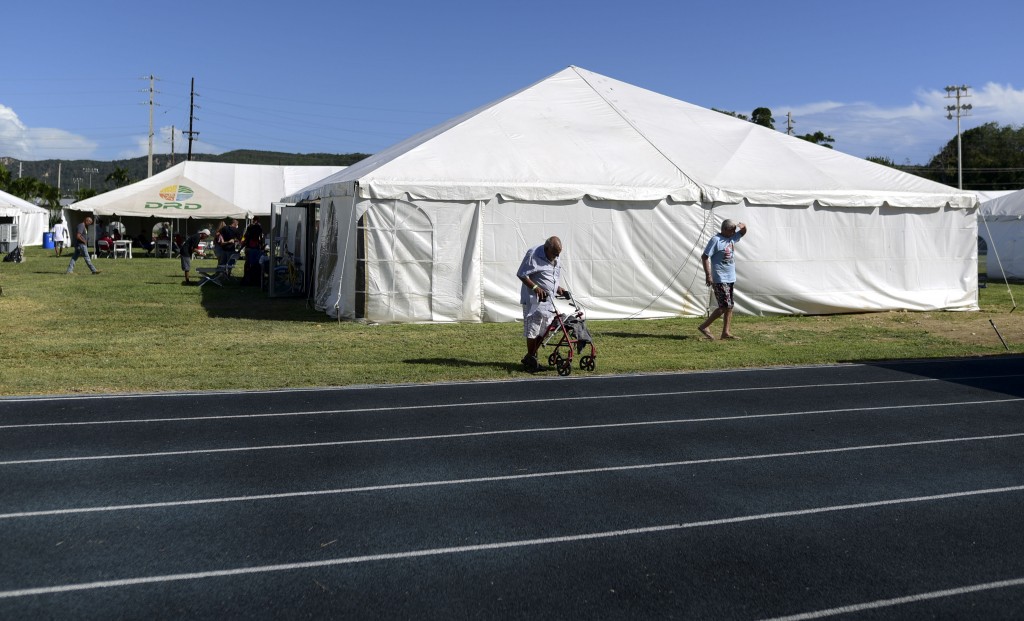 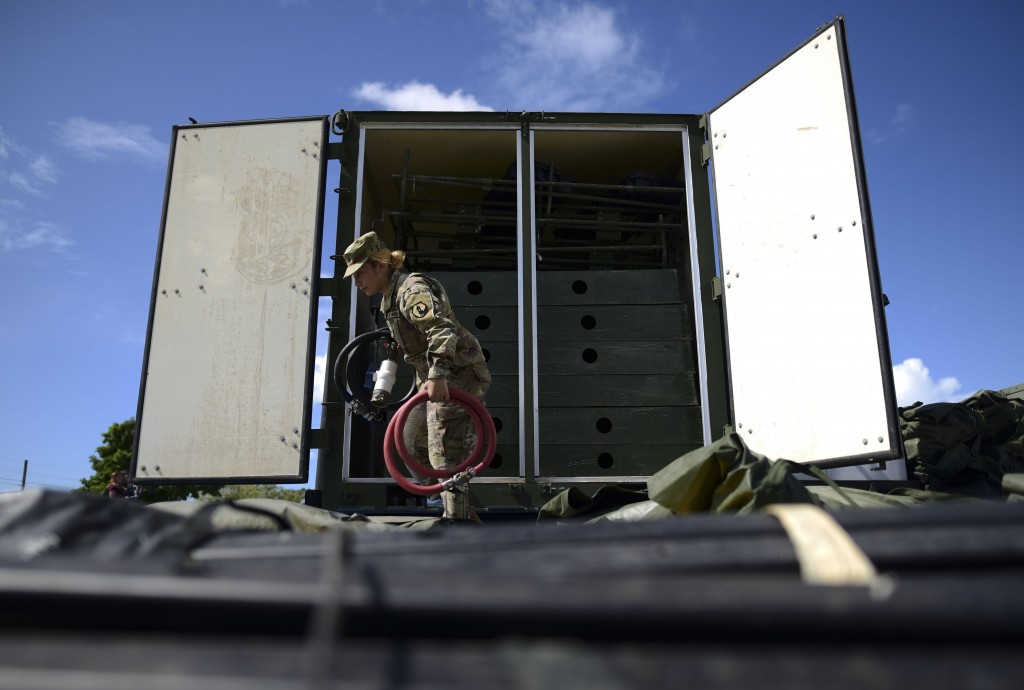 PONCE, Puerto Rico (AP) — The Antonetti family sat in the shade of a tree eating orange slices while contemplating the long day ahead of them in a dusty parking lot in southern Puerto Rico.

Behind them stood their temporary home: a four-door compact car whose back seat is reserved for 89-year-old Luis Antonetti and the passenger seat for his 79-year-old wife.

“When it starts getting chilly, they cover themselves up,” said their son, Miguel Antonetti, 62, who sleeps in the driver’s seat.

They found a nearby government shelter was too crowded, so they have slept in the car since the family’s home was damaged by the 6.4 magnitude quake that struck Puerto Rico on Jan. 7, killing one person and injuring nine as it knocked out power to the entire island.

Like hundreds of other families, they are not sure where they will live next as government officials try to find housing for displaced people in a U.S. territory still struggling to rebuild from Hurricane Maria.

The quake and a subsequent 5.9 magnitude aftershock that hit Saturday damaged at least 789 homes, of which 88 collapsed entirely and 257 are seriously damaged, said Elmer Román, Puerto Rico’s secretary of state, citing statistics from a preliminary assessment done by the U.S. Federal Emergency Management Agency.

“Those numbers are going to keep going up,” Román said. “The aftershocks are degrading infrastructure.”

More than 1,280 earthquakes have hit Puerto Rico’s southern region since Dec. 28, more than two dozen of them magnitude 4.5 or greater, according to the U.S. Geological Survey.

The seismic activity has caused more than 7,960 people to take refuge in government shelters in the island's south, although officials say many of them are simply scared of returning home even if their houses were not damaged in the quakes.

In addition to the preliminary FEMA numbers, Román said that so far some 634 families staying in shelters reported their homes were severely damaged and 845 said their homes had some damage. Those personal assessments have not been corroborated by government officials, he said.

Complicating the search for immediate to long-term housing is the fact that the earthquake struck in one of Puerto Rico’s poorest ares, said Raúl Santiago, a research associate at the Center for a New Economy, a think tank in Puerto Rico.

He noted that 15% to 23% of homes in the region affected by the quake were damaged by Hurricane Maria, a Category 4 storm that struck in September 2017, killing an estimated 2,975 people in its aftermath, destroying more than 4,000 homes and causing more than an estimated $100 billion in damage.

Government officials have been hard-pressed to find homes for people who need to remain in the area because of jobs, schools or family obligations. Gov. Wanda Vázquez said her administration has been meeting with leaders of banks in Puerto Rico to see what is available in terms of repossessed homes or those that have not been sold.

“There weren't a lot of properties in the southern region,” she said. “It didn't add up to 100 homes.”

The territory's government also is making Section 8 vouchers available and offering placement in public housing units as it waits to see if U.S. President Donald Trump will approve a major disaster declaration that would release more federal funds and allow FEMA to inspect homes and offer hotel vouchers, among other things.

In the meantime, the National Guard is setting up five tent cities in the southern part of the island that can hold up to 1,500 people per unit and have mobile kitchens as well as showers with warm water. Government officials are urging people in crowded shelters to move into the tent cities amid hygiene concerns as they try to find a more permanent solution.

The search for housing comes as the U.S. Department of Housing and Urban Development announced on Wednesday a grant agreement that will make $8.2 billion available to Puerto Rico. A federal monitor was appointed to oversee the administration and disbursement process, although HUD has yet to provide Puerto Rico with guidelines for creating a plan to use those funds.

William Rodríguez, administrator of Puerto Rico’s public housing, told The Associated Press that it is unclear exactly how many people will need housing because the government is still inspecting properties for damage.

“This is an emergency that hasn't ended,” he said.