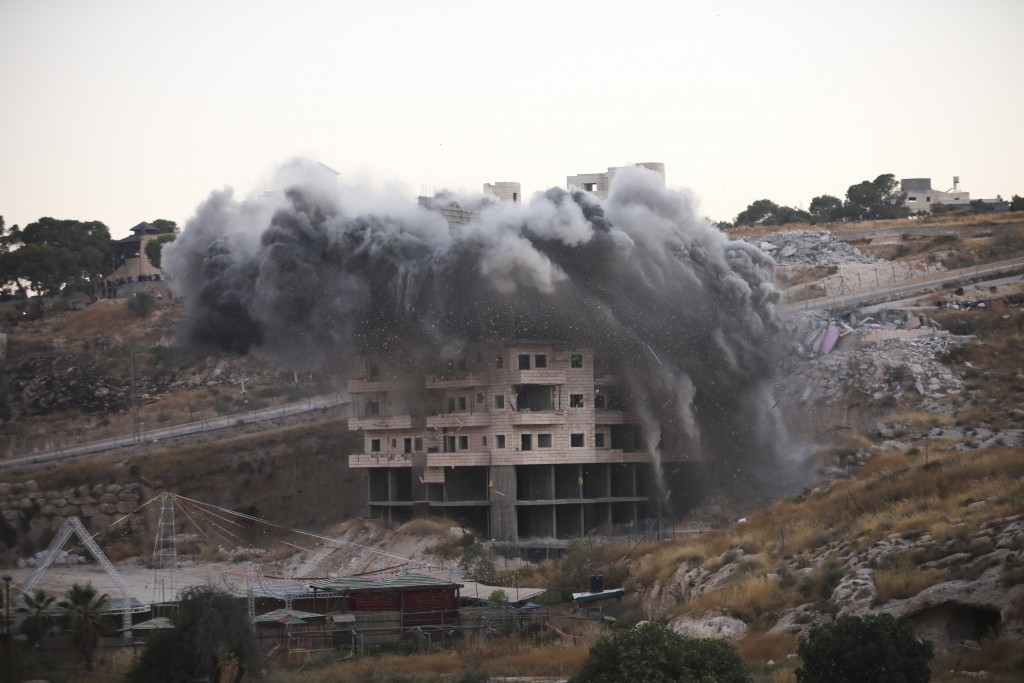 JERUSALEM (AP) — Israeli authorities demolished homes in Palestinian areas of east Jerusalem at a significantly higher rate in 2019 than the previous year, according to an Israeli advocacy group.

Aviv Tatarsky, the Ir Amim researcher who wrote the report, said the group found that only 7% of housing units advanced by city planners last year were for Palestinian neighborhoods. Palestinians make up about a third of Jerusalem's population.

“The situation in east Jerusalem has been very bad last year,” he said.

Israel says the houses being demolished were built illegally, and it says the demolitions are court sanctioned. But the Palestinians say they face a severe housing crisis fueled by Israel’s reluctance to issue building permits.

In a statement, the city of Jerusalem said all of its “enforcement operations” are conducted according to the law.

Israel captured east Jerusalem, the West Bank and the Gaza Strip in the 1967 Mideast war, lands the Palestinians want for their future state. Israel annexed east Jerusalem that year in a move not recognized internationally and considers the entire city its capital.

Shortly after capturing east Jerusalem, Israel expanded the municipal boundaries to take in large areas of vacant land on which it later constructed Jewish settlements, considered by Israel to be neighborhoods of its capital. At the same time, it sharply limited the expansion of Palestinian neighborhoods, forcing many in the increasingly crowded areas to build illegally.