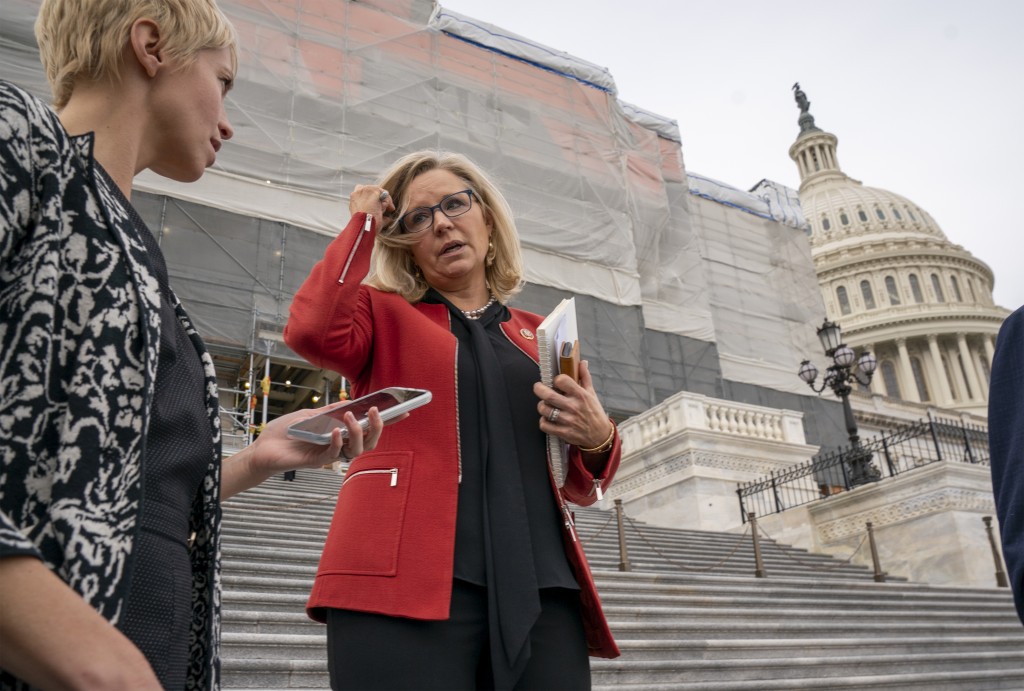 WASHINGTON (AP) — Rep. Liz Cheney, a junior but rising GOP leader in the House, is opting to stay on that chamber's leadership track rather than run for a Senate seat in her home state of Wyoming.

The move keeps the combative second-term lawmaker positioned to advance in the House GOP hierarchy.

Cheney told her colleagues at a closed-door meeting Thursday that she's staying put. Cheney was a senior State Department official during the administration of President George W. Bush and is the daughter of former Vice President Dick Cheney, who once occupied the statewide House seat that she now holds.

Cheney received a “huge standing ovation“ from her colleagues when she revealed her decision, said Rep. Kay Granger, R-Texas.

Cheney is just one of 13 women in a Republican conference dominated by older white men. She is No. 3 in the current GOP hierarchy and seems likely to rise higher in time.

Cheney is also a pugnacious critic of House Speaker Nancy Pelosi, D-Calif., the only woman to serve as speaker.

“Nancy Pelosi and the Socialist Democrats in the House of Representatives are threatening our freedom and our Wyoming values every day. They must be stopped," Cheney said. “Our nation is facing grave security challenges overseas and the House Democrats are working to weaken our president and embolden our enemies. Socialists in Congress and among the presidential candidates are threatening our liberty and freedom."

Cheney's decision averts a high-profile primary campaign against former GOP Rep. Cynthia Lummis, who has been in the race for months and has a long history of electoral success in the heavily Republican state. Cheney similarly passed on a campaign to oust popular Republican Sen. Mike Enzi six years ago.

Inside the House, Cheney's decision sets up a potential leadership fight with the second-ranking leader, Louisiana Rep. Steve Scalise, who was gravely wounded in a mass shooting in 2017.