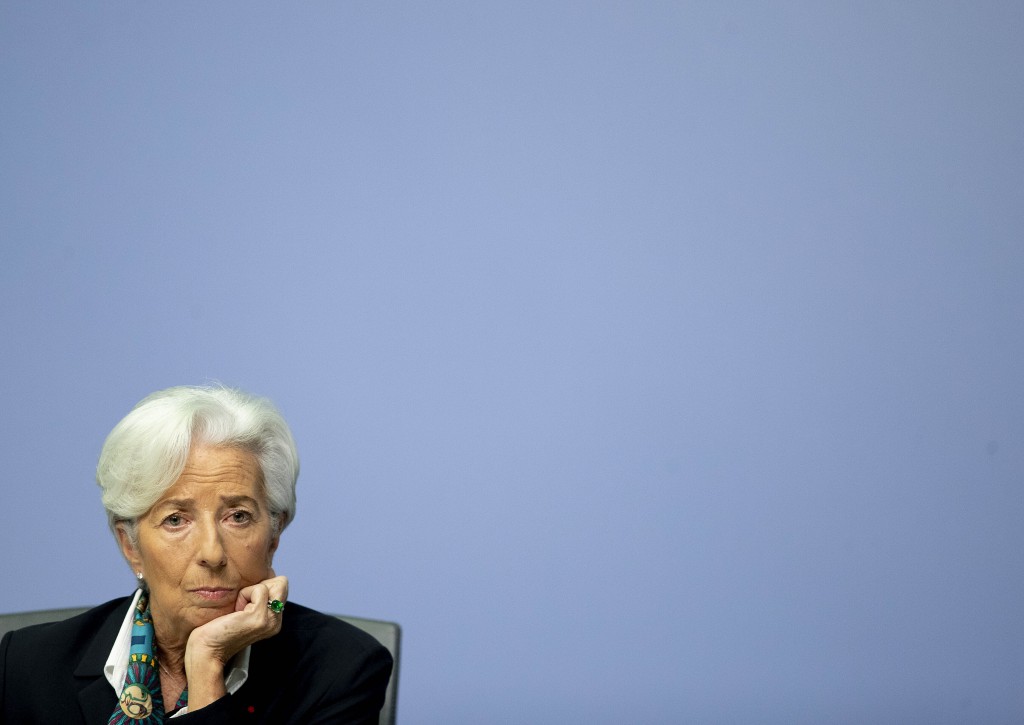 Recent data point to “a stabilization in euro area growth,” according to an account of the Dec. 12 policy meeting released Thursday. It was the first policy meeting under new ECB head Christine Lagarde, who succeeded Mario Draghi on Nov. 1.

The big concerns remain developments outside the 19 countries that use the euro. The eurozone depends heavily on trade and manufacturers in the region have been hard hit by uncertainty over the outcome of U.S.-China trade negotiations. The possibility of new tariffs, or import taxes, has cast a shadow over investment plans and the fate of the intertwined supply chains in the global economy. The U.S. and China signed a deal resolving some issues on Wednesday but global tensions over trade remain largely unresolved.

The ECB foresees modest growth of 1.1% for the eurozone this year. Service companies and construction activities have helped support growth while manufacturing of goods such as autos and industrial machinery remains in a recession.