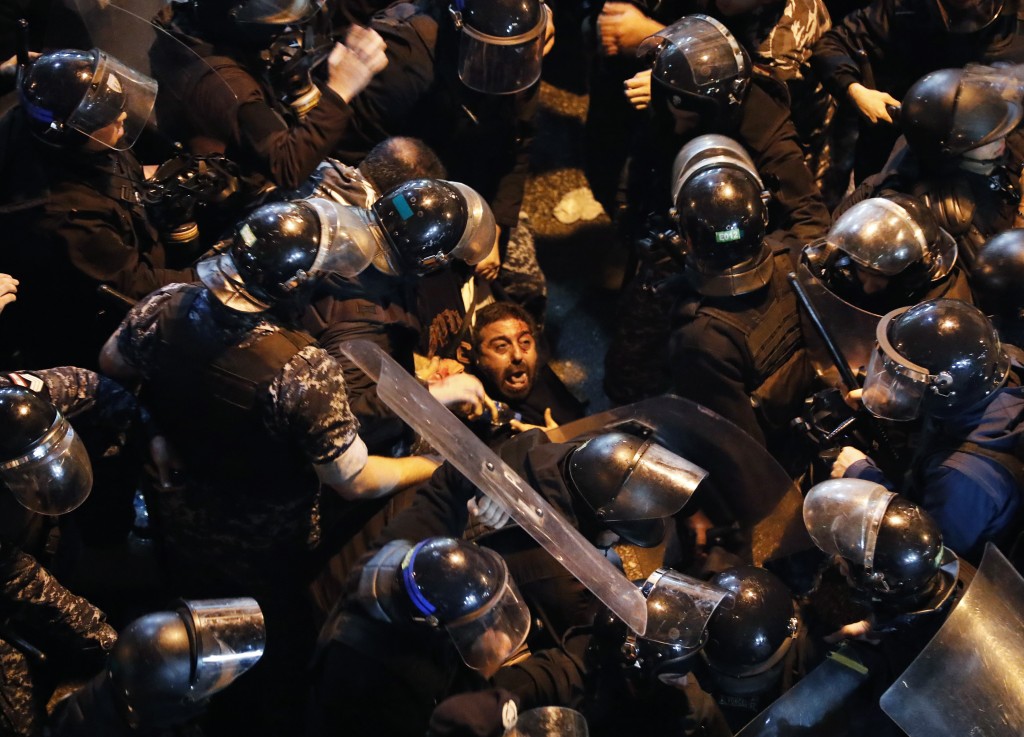 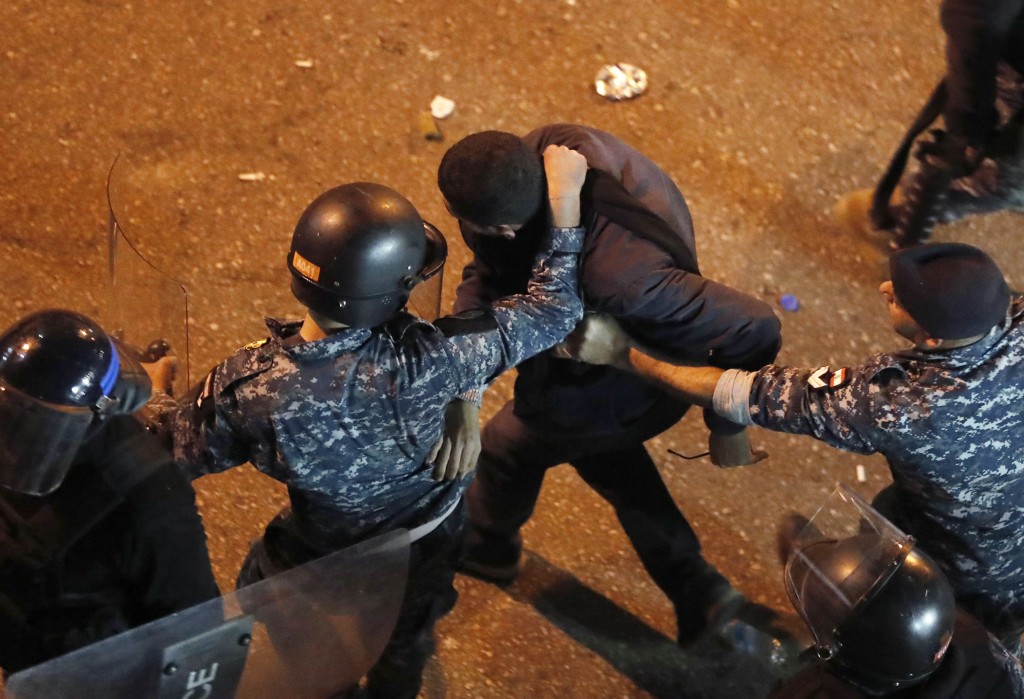 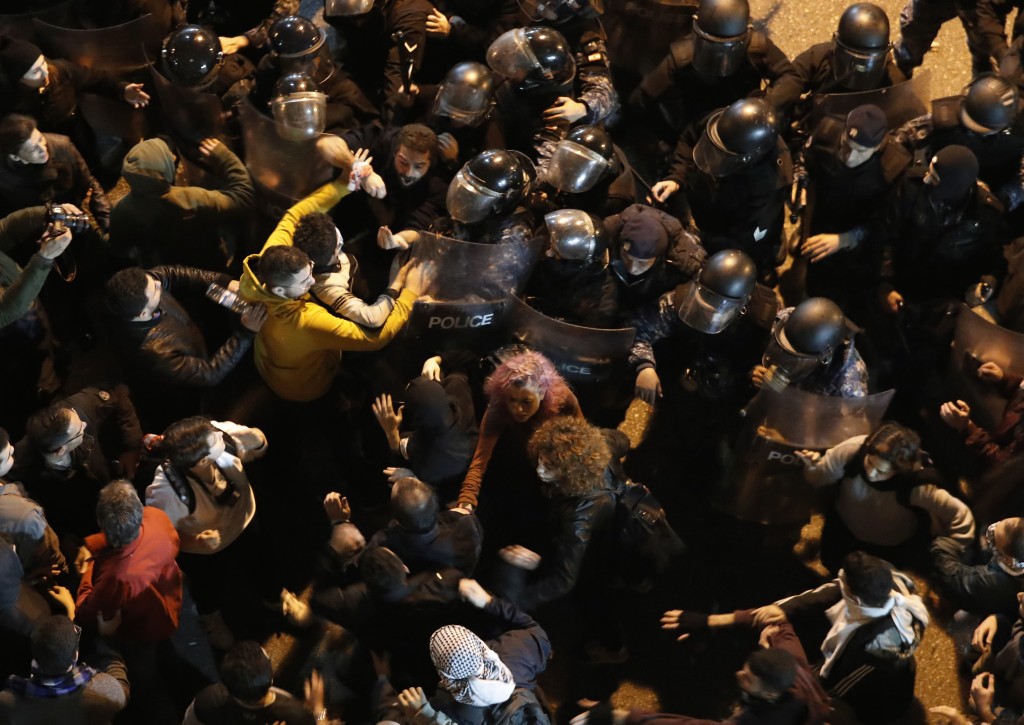 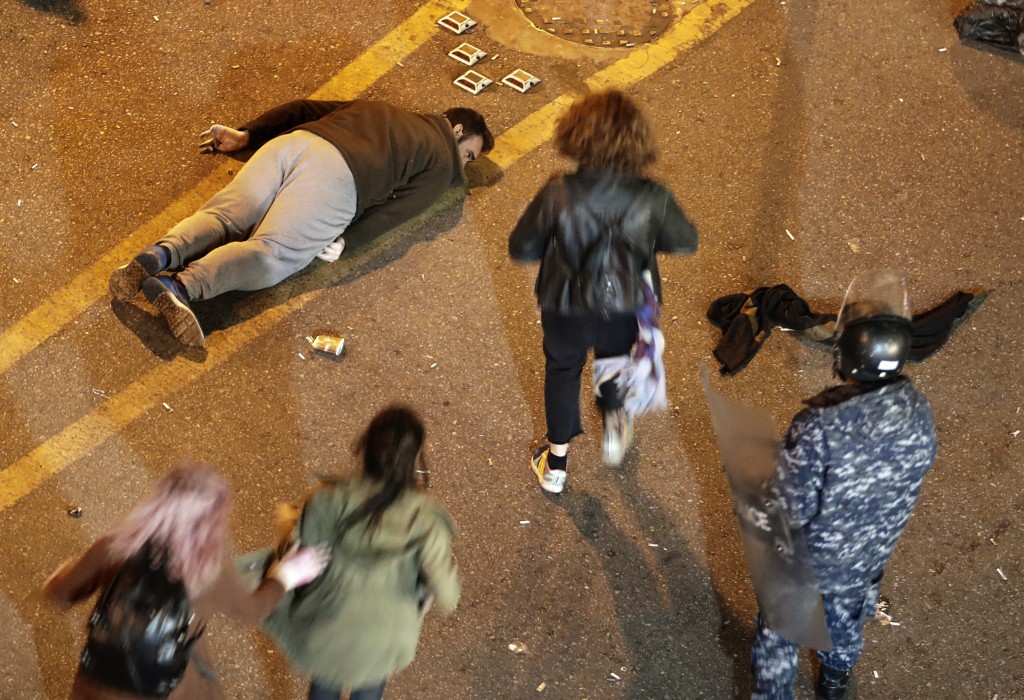 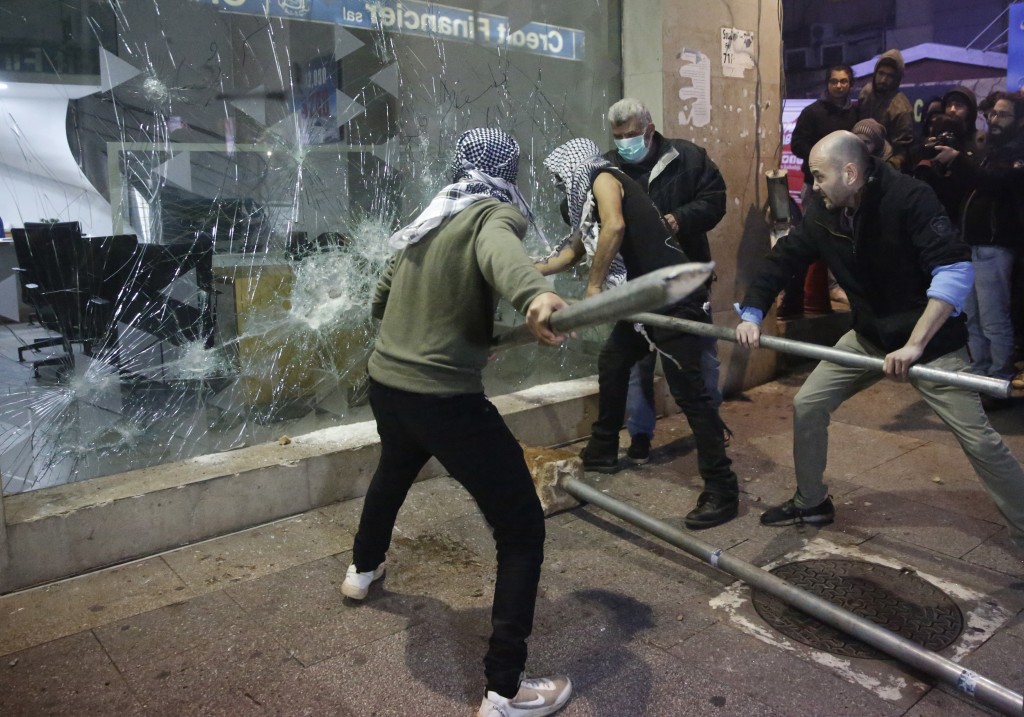 Lebanese protesters Thursday decried security forces' use of violence during rallies over the past two days, including attacks on journalists and the detention of over 100 people.

Dozens of people, including journalists, rallied outside the Interior Ministry denouncing what they said was the systematic use of force against members of the media. Many raised photos of journalists getting beaten by riot police. Others gathered outside the American University of Beirut and a police station where dozens have been detained since Tuesday.

After a period of calm, protests have returned to Lebanon as politicians fail to form a new government and an unprecedented economic crisis deepens.

“It has been over 90 days since the beginning of the protests and to this day the authorities have completely failed to address the demands of the protests,” said Lynn Maalouf, Amnesty International's Middle East director. “In the past two days, we have seen an escalation on both sides."

Protests turned violent Tuesday when demonstrators pelted security forces with stones and water bottles and smashed windows of commercial banks they accuse of corruption and denying them their deposits. Meanwhile, security forces have use d “excessive” tear gas in densely populated districts and detained over 100 people, including five minors according to lawyers, in an unprecedented wave of arrests, Maalouf said. They have beaten and verbally abused some protesters and attacked journalists, trying to prevent them from filming, she said. A Reuters video journalist was injured by security forces and treated in a hospital.

Hussein Baydoun, a photographer, said he was briefly detained and asked to erase his pictures by security forces who came after him as he filmed clashes outside a police station Wednesday night.

“The officer and three soldiers came at me and ( the officer) said bring him to me. They held me and they wrestled the camera from me,” Baydoun said.

Bachir Abu Zeid was one of over 50 protesters detained late Wednesday outside the police station. He was pulled inside as he tried to help others who fell to the ground. He said he was kept in a small cell with 30 people overnight and was only allowed to call his family nearly six hours after he was taken in.

“We are expecting this. it is becoming more violent from them and us. They are not listening to people,” Abu Zeid said after his release. “This repression will only make us stronger and give us momentum.”

Interim Interior Minister Raya El Hassan said attacks on the press were “rejected” and promised an investigation. She said security forces are ”tired" and “scared for themselves” after 90 days of protests. That doesn't justify the attacks, she said, but she appealed to journalists to put themselves in the shoes of the security forces, adding that 100 security personnel have been injured.