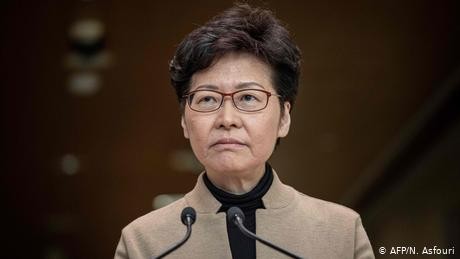 Hong Kong leader Carrie Lam said Thursday that the "one country, two systems" status may go beyond the 2047 deadline currently set in place.

When Hong Kong was handed over from British to Chinese rule in 1997 it was given more freedoms than mainland China, with a promise that it would maintain its own capitalist economy and Western-style institutions for 50 years.

In her first appearance at the Legislative Council since October, Lam suggested that for the system to continue, the people of Hong Kong would need to show loyalty to Beijing.

Since June 2019, the city has been rocked by protests over a perceived lack of democratic rights.

The protests were triggered by proposed legislation that could have seen criminal suspects extradited to face trials in mainland China, rather than in Hong Kong.

Read more: Hong Kong: 'For the protesters, this is a kind of endgame'

While the legislation was eventually scrapped, the movement grew to take on new demands, including calls for universal suffrage and an independent investigation into police conduct, as well as the resignation of Lam.