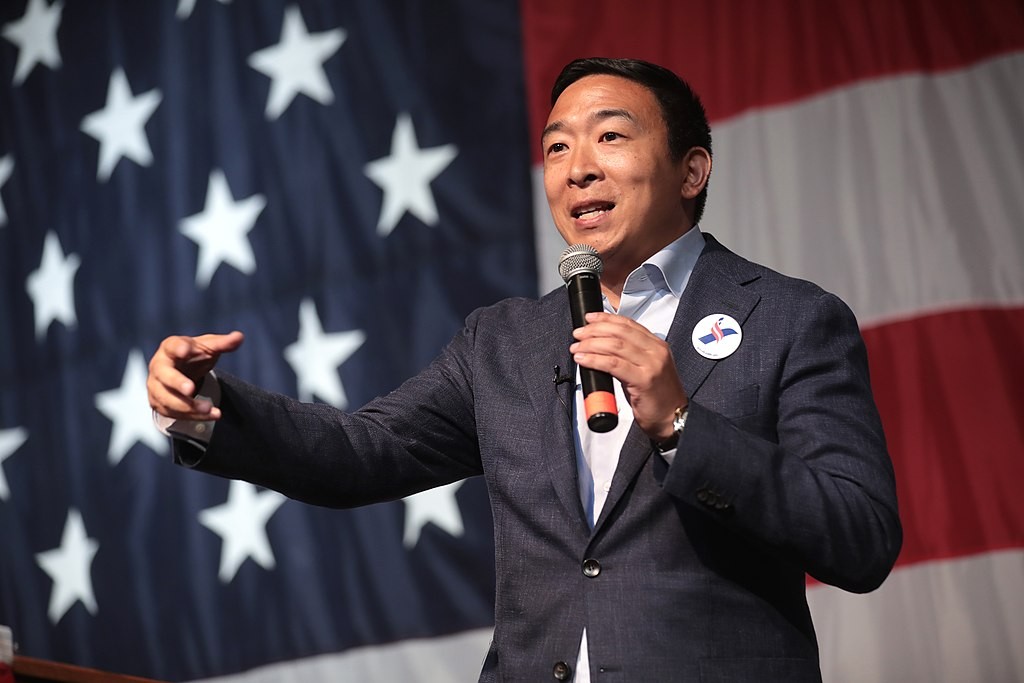 KAOHSIUNG (Taiwan News) — A lot of Taiwanese people feel rather proud that Andrew Yang (楊安澤) is running to be president of the United States.

He is like the Jeremy Lin (林書豪) of politics. Born in the USA, but to Taiwanese parents and seemingly immensely proud of his heritage.

Only last year, Yang proclaimed himself to be “Taiwanese American” and proud of the fact. His parents have now moved back to live in Taipei, and Yang has claimed to visit them every year in the Taiwanese capital.

This makes his failure to congratulate Tsai Ing-wen (蔡英文) on her recent election victory all the more curious. The election has put Taiwan in the global headlines, and politicians of all backgrounds all over the world have been lining up to offer their congratulations, much to Communist China's ire.

In the USA, it is true that more Republicans have been welcoming Tsai’s re-election than Democrats. But Democratic House Speaker Nancy Pelosi has issued a congratulatory statement and so too have two of Yang’s rivals for the Democratic nomination: Pete Buttigieg and former Vice President Joe Biden.

So why hasn’t Andrew Yang?

Some observers have speculated that Yang is under the influence of his foreign policy advisor Ann Lee (李淯). She is an adjunct professor of economics and finance at New York University and has been highly critical of the Trump administration’s hardline stance with China over trade.

She clearly advocates a more conciliatory approach to the Communist regime there. But that would also mean a tolerance of China’s myriad human rights abuses.

Yang has spoken out in the past to criticize China over its persecution of Uighur Muslims in the region of East Turkestan. He has also been critical of their aggressive policies towards Taiwan, Hong Kong, and other places in the region.

Few other Democrats have spoken so openly about these issues, so why has Yang gone quiet now? Is he so weak and unsure in his policies that when an advisor tells him to jump, he simply asks how high?

With Yang failing to offer any comment on the issue at all, it is reasonable to speculate about other potential factors behind his sudden silence.

Yang is on the campaign trail right now and even though he is viewed as a longshot for the Democratic nomination, he is still working hard to gather together the one thing that keeps the cogs turning in U.S. politics; money.

Even if Yang’s political ambitions are not going to result in a general election run this time around, he is young in political terms and it is clear that he wants to make inroads in this field.

His fundraising is therefore not just to finance this campaign, but it is done with an eye of future campaigns too. As one of the few ethnic Chinese politicians in the USA, it is inevitable that Chinese donors will be attracted to him as a candidate.

But donations from anyone with links to China will always come with strings attached. Adherence to the Communist Party’s line on major issues, such as Taiwan, is likely to be one of them.

The silence from Republican Senate Majority Leader Mitch McConnell is thought to be because of his wife, Transportation Secretary Elaine Lan Chao (趙小蘭), who was actually born in Taipei, has major business links to Communist China.

It seems quite reasonable to deduce that this is the reason behind Yang’s sudden silence on Taiwan.

Whatever the motivation, it is always sad to see someone with Taiwanese roots abandoning their heritage in this way. Even if Yang leans more towards the KMT in Taiwanese politics (which seems unlikely), a statement of congratulations would still have been the polite and classy thing to do. Even Han Kuo-yu (韓國瑜) congratulated her!

But then, people who are put up on a pedestal always let us down in the end.

Like a certain proud Taiwanese-American basketball player and ardent Christian, who is now plying his trade in a Taiwan-hating, Christian-persecuting country for a team called the Beijing Ducks.

Maybe Jeremy Lin and Andrew Yang are even more alike than we thought!