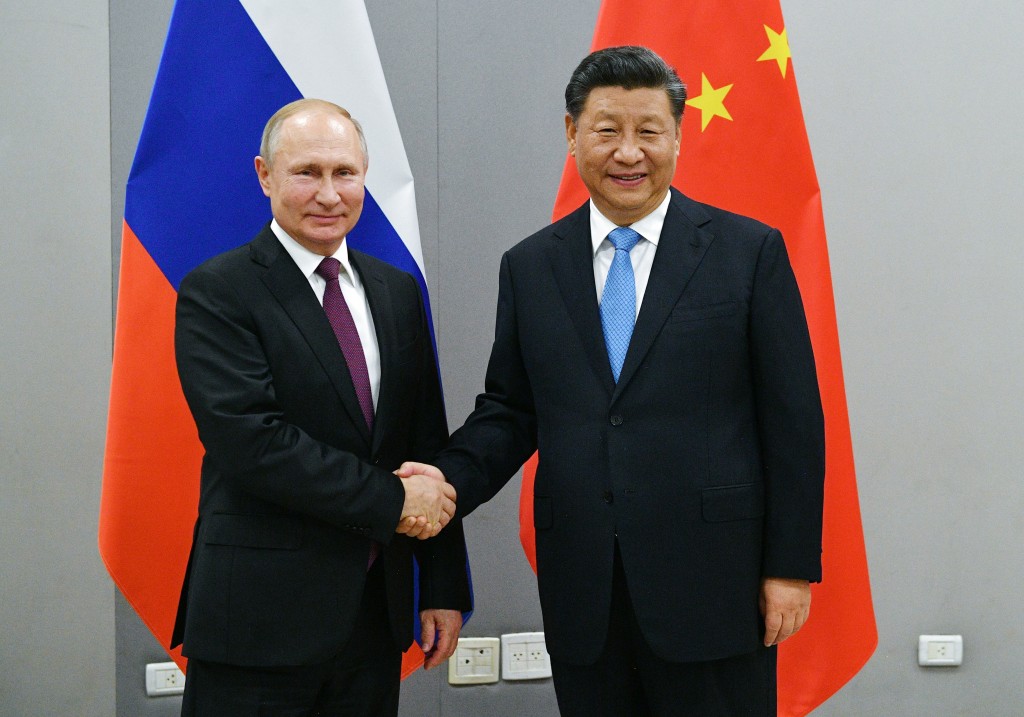 Bilateral relations “will not be affected by changes in the international situation and the respective domestic political processes of both sides," Geng said.

The countries, former Cold War rivals for leadership of the communist bloc, have increasingly close relations over the past two decades.

China has been a key customer for Russian armaments, gas, oil and other resources, while their governments have aligned their foreign policies to oppose U.S. influence in international affairs.

Putin on Wednesday proposed changes to the constitution that could keep him in power well past the end of his term in 2024, setting in motion a surprise shakeup of Russia's leadership.

While Putin's plans remain undefined, they have been likened to moves by Xi to consolidate control and make himself the most powerful Chinese leader since Mao Zedong. Xi, who is head of state, leader of the ruling Communist Party and chairman of the committee overseeing the military, has created new working bodies giving him control over state security and other crucial functions of government.

In 2018, Xi had the constitution amended to remove presidential term limits, effectively making him ruler-for-life, a role Putin appears to aspire to also.