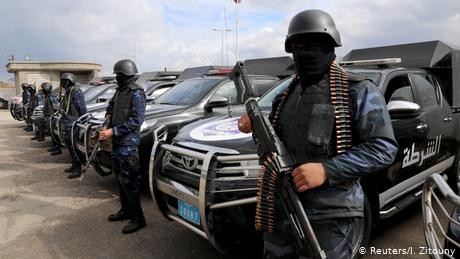 German Foreign Minister Heiko Maas flew to Benghazi at short notice on Thursday for crisis talks with General Khalifa Haftar ahead of Sunday's Libya conference to be held in Berlin.

On behalf of the EU foreign ministers, he will also speak to Fayez al-Sarraj, prime minister of the Government of National Accord (GNA).

"With the Berlin process, we have the best chance for a long time to start peace talks for Libya," said Maas before his trip. "Our message is clear: No one can win this conflict militarily. On the contrary, a window now opens to free the conflict from international influence."

This would pave the way for a political process and intra-Libyan negotiations on a post-war order under the aegis of the UN Special Representative Ghassan Salame.

"I hope that the parties take this opportunity to take Libya's future back into Libyan hands," Maas continued.

This would require a readiness for a real ceasefire and the participation of both parties to the conflict in the dialogue formats proposed by the United Nations.

What is the Libya conflict?

Since the overthrow of the long-standing ruler Moammar Gadhafi in 2011, Libya has been in a state of flux.

The internationally-recognized GNA holds Tripoli, but since April, it has been under sustained attack by Haftar's Libyan National Army (LNA), which is supported by a rival administration based in the eastern city of Tobruk.

A ceasefire arrangement brokered by Russia and Turkey broke down on Tuesday with no obvious resolution to the impasse in sight.