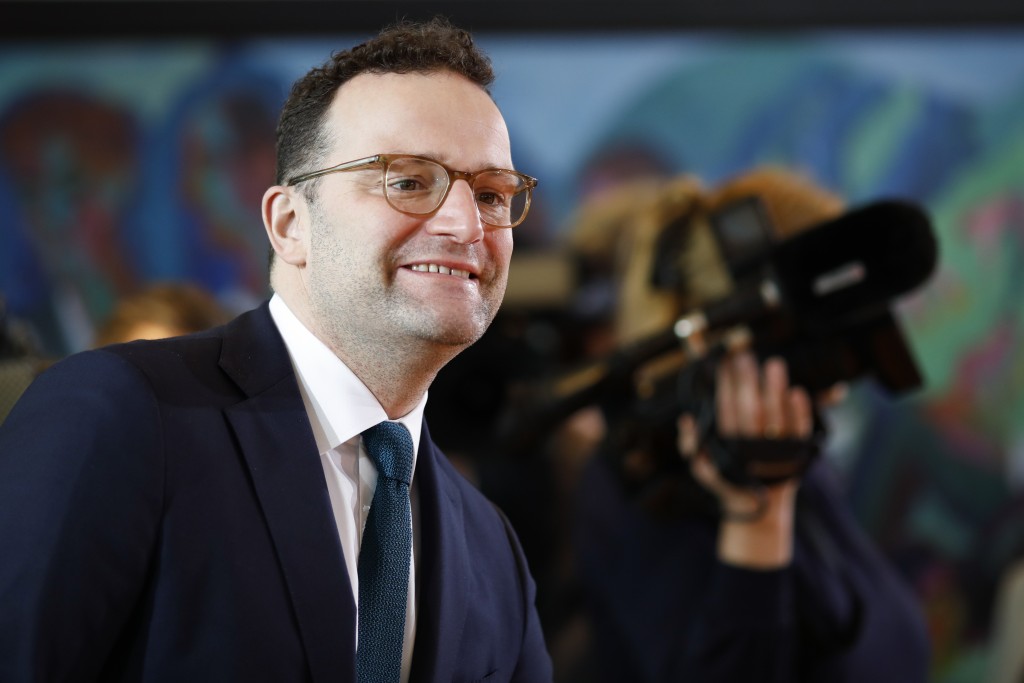 BERLIN (AP) — German lawmakers are considering whether to tackle a shortage of donor organs with a reform that would make most people potential donors unless they object.

In a debate on an issue that cuts across party lines, parliament will vote Thursday on rival proposals to address the problem.

At present, doctors in Germany can transplant organs only from people who actively declare their willingness, for example by carrying a donor card or making a living will. More than 1,000 people in the country of 83 million die each year while waiting for transplants.

Under a new system proposed by Health Minister Jens Spahn and others, people would automatically be considered as donors unless they opt out by putting themselves on a register saying they object — which they could do at any time.

Relatives could also tell officials that the deceased made clear they didn't want to donate. Everyone aged 16 and over would be informed repeatedly of the new system, while there would be no donations by people who aren't in a position to grasp the significance of the decision, for example because of mental disability.

Spahn has argued that 20 out of 28 European Union countries have similar systems and “everything we have tried so far hasn't led to a rise in donor figures.”

Another cross-party group of lawmakers say that the proposal raises legal and ethical concerns over people's right to determine their own destiny. It is calling for people to be asked about their intentions when they pick up identity cards, which are obligatory in Germany and have to be renewed every 10 years.

The group says it wants to ensure that organ donation remains “a conscious and voluntary decision that cannot be forced by the state.”