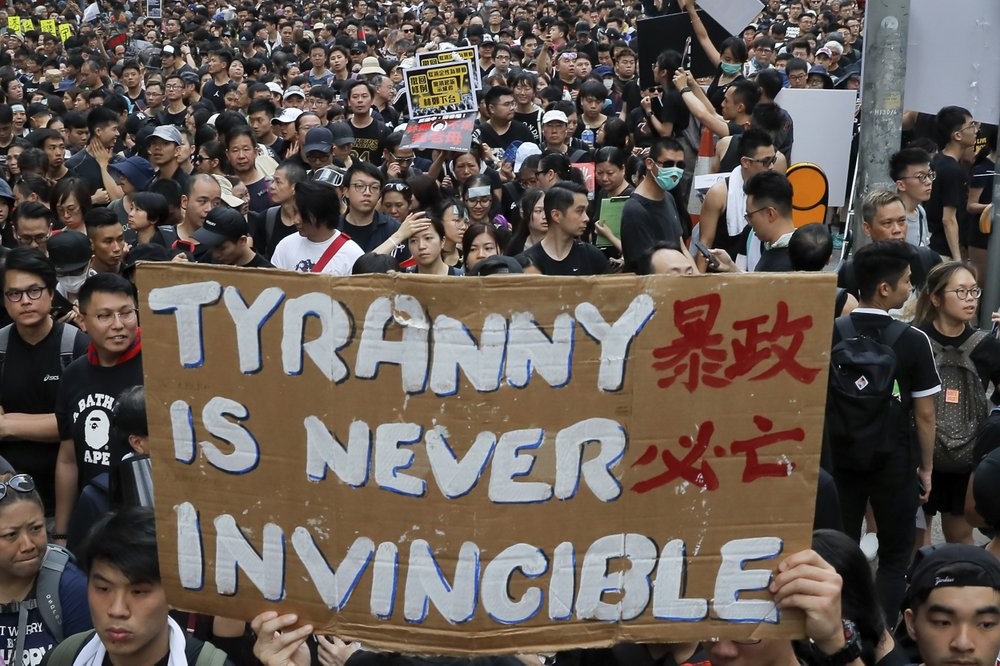 TAIPEI (Taiwan News) – The months of protests in Hong Kong against the extradition bill and against China were the main influence on Taiwan’s Jan. 11 presidential and legislative elections, a poll revealed Thursday (Jan. 16).

The second most crucial factor in deciding the outcome was the opposition Kuomintang’s (KMT) nomination of retired Lieutenant General Wu Sz-huai (吳斯懷) on its list of at-large legislative candidates, CNA reported.

A total of 26.7 percent of eligible voters changed their mind about the presidential candidate they were planning to vote for due to the protests in Hong Kong, according to the poll conducted on behalf of the Taipei City Hsin Min Cross-Strait Research Association (台北市信民兩岸研究協會).

The nomination of Wu, who had been noted for attending an event in China in 2016 where Communist Party leader Xi Jinping (習近平) was speaking, persuaded 21.8 percent of voters to change course, the poll found.

Other elements were the performance of the presidential candidates during their televised debate and policy presentations, and the government proposal for an Anti-infiltration Act, which was eventually approved by the Legislative Yuan.

Younger voters, in the age bracket from 20 to 39 years, were even more sensitive to developments in Hong Kong, with 33 percent changing their voting intentions.

The poll was conducted islandwide by Beacon Marketing and Research Co., Ltd. on Jan. 13-14 and counted 1,070 valid responses with a margin of error of 3 percent.