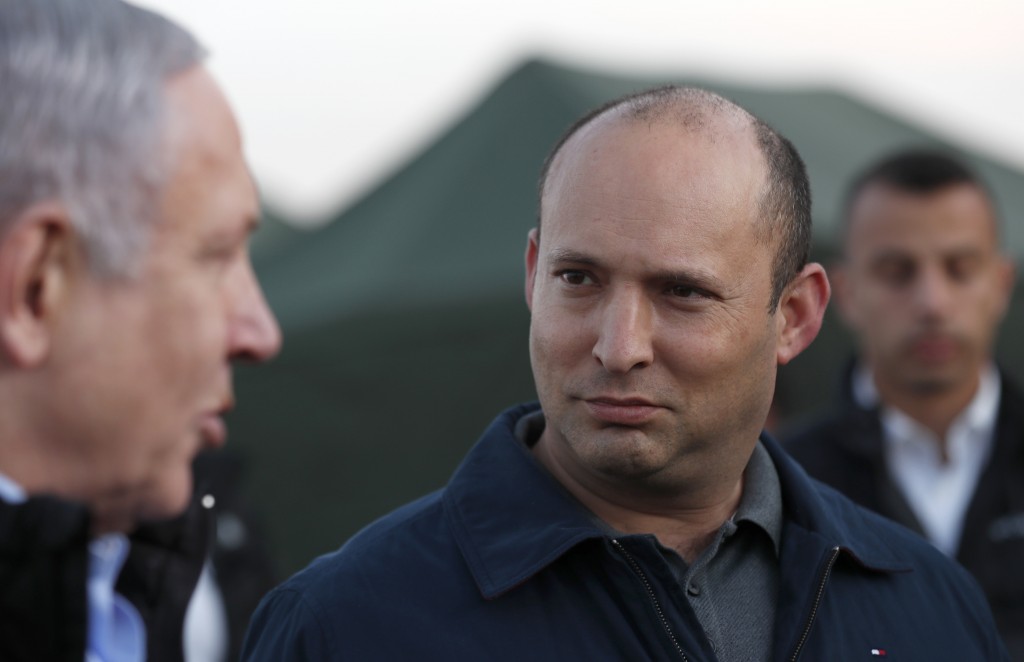 The parties came together after weeks of jockeying and shut out the fringe Jewish Power party which said it would run independently. It did so in the previous elections and did not garner enough votes to make it into the Knesset.

Jewish Power’s top candidates for the Knesset are successors of the late rabbi Meir Kahane, who advocated the forced removal of Palestinians and a Jewish theocracy. Kahane's Kach party was banned from the Israeli parliament in the 1980s, and the U.S. classified his Jewish Defense League as a terrorist group.

The bloc, whose constituents are hard-line religious Israelis, many of them West Bank settlers, has been riven by traditionalists who tend to follow the conservative policy directives of rabbis and a more liberal stream, led by Defense Minister Naftali Bennett who has sought to broaden his party's appeal.

Bennett broke off from the Jewish Home party because of those disagreements, forming a list called the New Right which failed to reach the electoral threshold in the first round of polls in April. For the second vote in September, the religious-nationalist parties united under one banner, with the popular hard-line former justice minister, Ayelet Shaked leading the list.

Israel will vote for the third time in under a year in March, after the two previous elections ended inconclusively, with no party leader able to form a governing coalition.