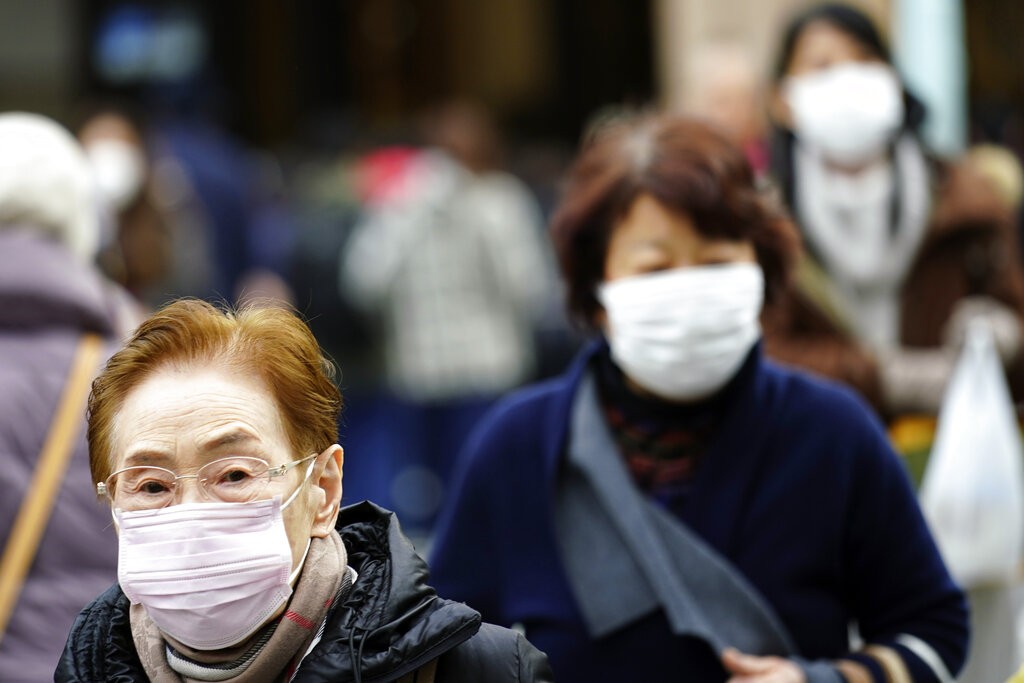 TOKYO (AP) — Japan's government said Thursday a man treated for pneumonia after returning from China has tested positive for the new coronavirus identified as a possible cause of an outbreak in the Chinese city of Wuhan.

The man developed a fever and coughs on Jan. 3 while in Wuhan, returned to Japan on Jan. 6, and was hospitalized four days later due to persistent coughs and fever, with his X-ray image showing signs of pneumonia, the Ministry of Health, Labor and Welfare said.

Tests conducted Tuesday found the same coronavirus as had been detected in other patients in the Wuhan outbreak, the ministry said.

The man has since been released from hospital as his symptoms subsided. He was only identified as a man in his 30s in the Kanagawa prefecture, west of Tokyo. No sicknesses have been found so far in his family and medical staff who treated him. Kyodo News agency says the patient is Chinese.

Officials in Wuhan said last weekend 41 people had pneumonia caused by the new coronavirus and a 61-year-old man had died — China's first known death from the virus. The World Health Organization also has said it was consulting with Thai and Chinese health authorities after a case was reported in Thailand of a Chinese traveler.

Eiji Hinoshita, an official at the ministry's infectious disease section, told reporters that the man told officials he did not go to the fish market in Wuhan linked to the pneumonia outbreak, but had “close contact” with at least one person with pneumonia symptoms at a place where he stayed during the visit. Ministry officials are checking further the patient's activity and people he had contacts in China and in Japan since his return, Hinoshita said.

The news just ahead of the lunar new year when many Chinese tourists are expected to travel. The ministry is urging those visiting or returning from Wuhan to wear masks and promptly go to medical institutions if they have coughs and fever. But officials said the virus is not considered highly contagious and just passing by or talking to patients would not be a concern.

China has sought to play down speculation that it could be a reappearance of the SARS epidemic, which killed hundreds in 2002 and 2003.

Coronaviruses are a large family of viruses, some of which cause the common cold. Others found in bats, camels and other animals have evolved to cause more severe illnesses.

Common symptoms include a runny nose, headache, cough and fever. Shortness of breath, chills and body aches are associated with more dangerous kinds of coronaviruses, according to the U.S. Centers for Disease Control and Prevention.