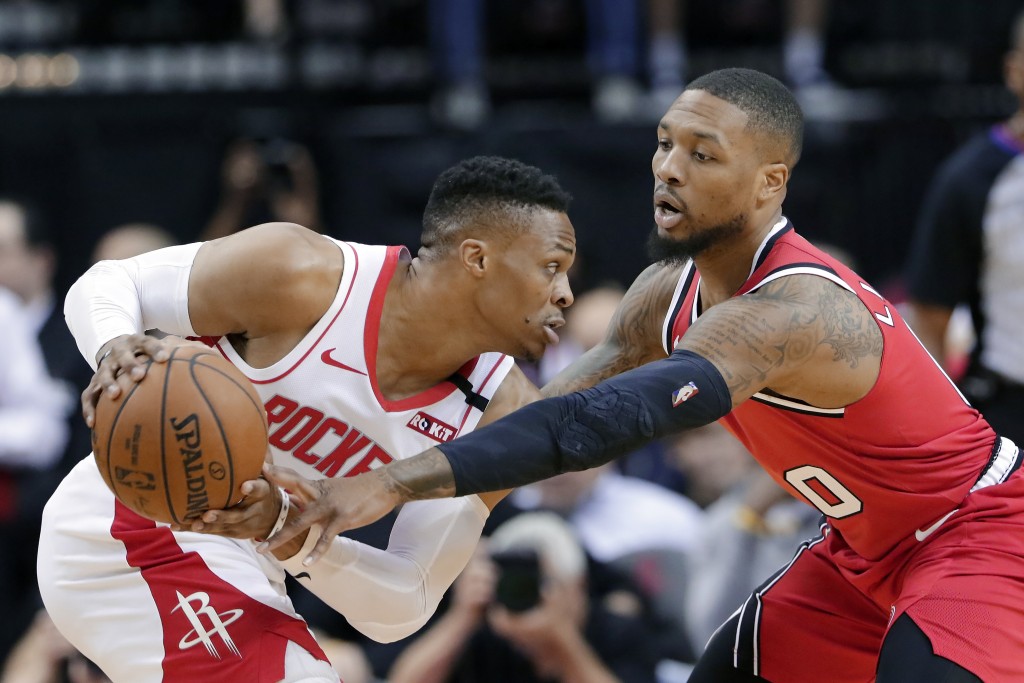 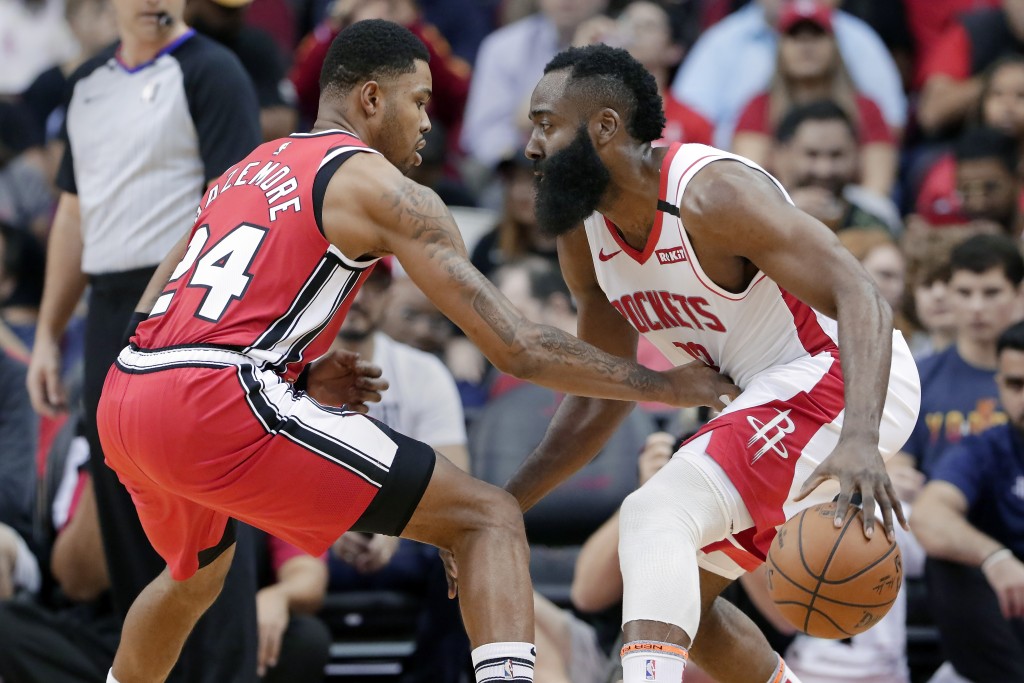 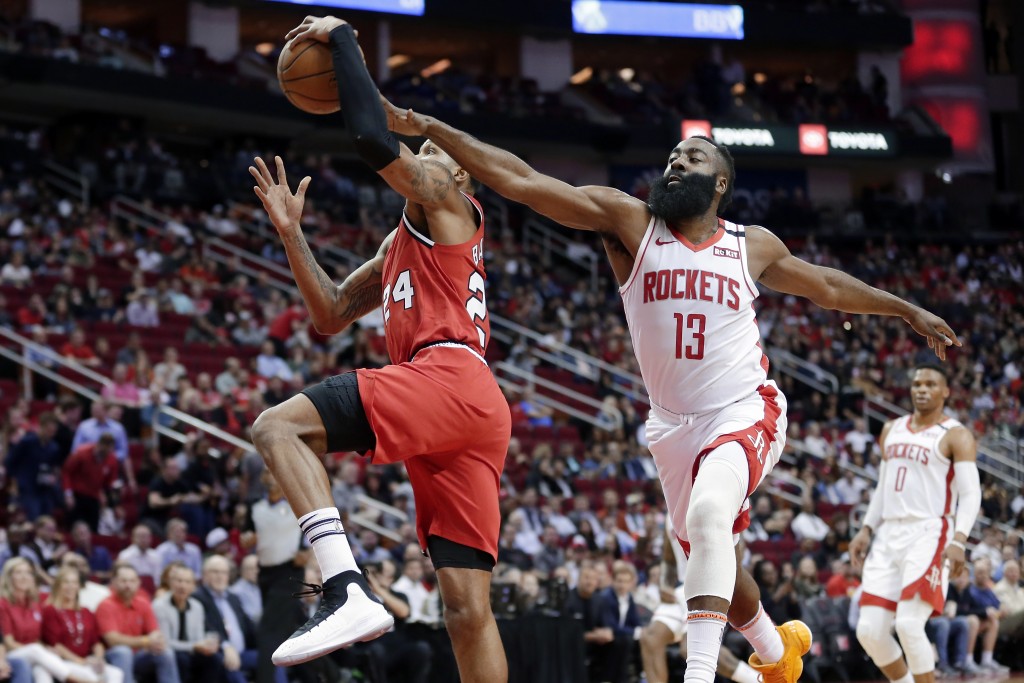 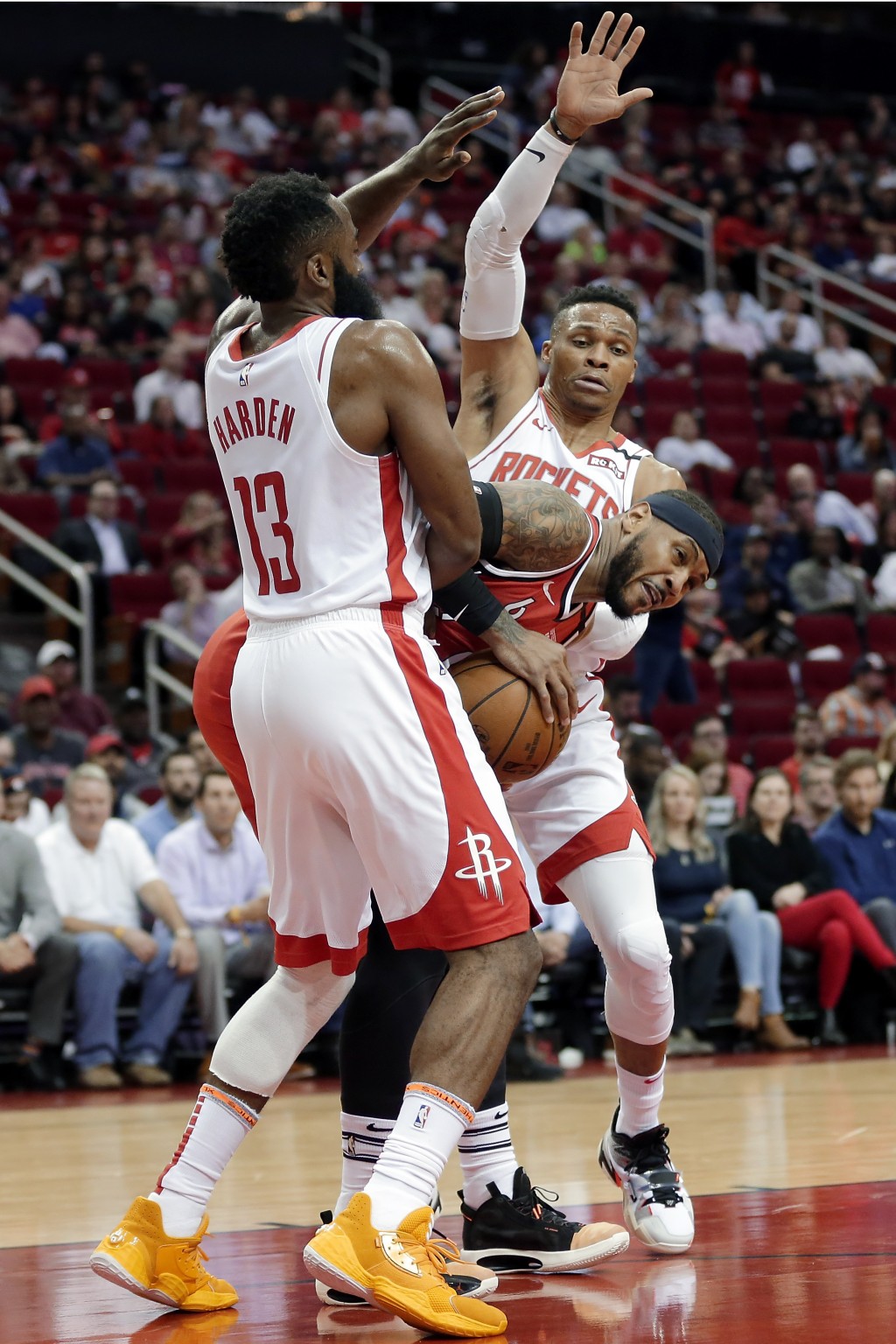 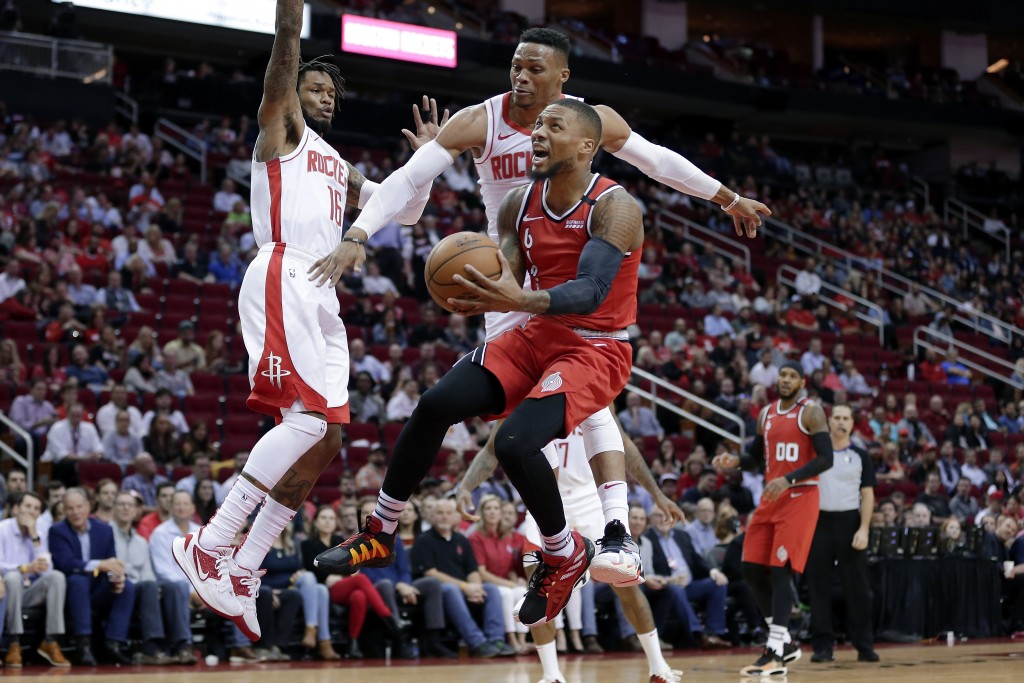 HOUSTON (AP) — Damian Lillard scored 25 points and CJ McCollum added 24 as the Portland Trail Blazers withstood a late surge from the Houston Rockets to get a 117-107 win Wednesday night.

The Trail Blazers led by double figures for most of the game, but the Rockets began cutting into the lead in the fourth. A 3 by Ben McLemore got them within five with about five minutes to go.

But McCollum and Carmelo Anthony then made consecutive 3-pointers for Portland to make it 111-100 with four minutes left, and Houston didn't threaten again.

When Hassan Whiteside made four points in a row, capped by a dunk, later in the fourth to make it 115-102, the home fans began streaming for the exits.

Russell Westbrook had a triple-double with 31 points, 12 assists and 11 rebounds on a night when James Harden scored a season-low 13 points. Houston lost consecutive games for the first time since a season-high three-game skid from Nov. 20-24, and has dropped three of its last four.

Anthony added 18 points with 12 rebounds for Portland in his first game against Houston since the Rockets parted ways with him after just 10 games last season.

Houston scored the first five points of the fourth quarter, but Portland got 3s from Gary Trent, Jr. and Anthony Tolliver to make it 96-82.

McCollum made all of Portland's points in a 6-3 spurt later in the fourth to leave the Trail Blazers up 102-88.

Westbrook was at the free throw line soon after that, and he and Lillard both received technical fouls for jawing at each other.

Houston finally found some rhythm on offense after that and used a 9-1 run, with 3s from P.J. Tucker and McLemore to cut the deficit to 103-97 midway through the quarter.

It was a 9-point game when the Rockets' Danuel House made a layup midway through the third quarter, but Portland scored the next seven points, including a 3 from Kent Bazemore, to extend it to 81-65 two minutes later.

Eric Gordon made two 3-pointers after that to power a 6-3 run that got Houston within 84-71.

Houston made six straight points later in the third, but Lillard added a layup for Portland to wrap up the quarter and leave the Trail Blazers up by 13 entering the fourth.

Trail Blazers: Whiteside had 18 points and 17 rebounds. ... All five players in Portland's starting lineup scored at least 10 points. ... Portland made 11 of 36 3-pointers.

Rockets: Westbrook has scored 20 or more points in 15 straight games. ... Gordon scored 20 points with six 3s and has made at least four 3-pointers in three games in a row. ... Harden had eight rebounds and seven assists.