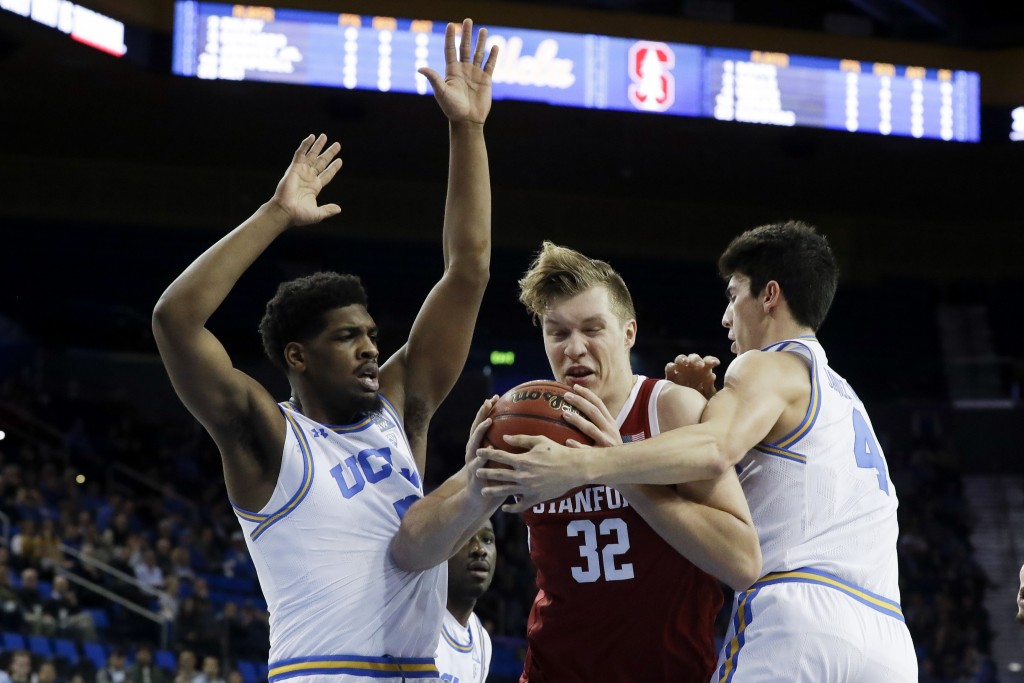 Fellow freshman Spencer Jones added 14 points for Stanford, which was playing its first Pac-12 road game of the season.

Jaime Jaquez Jr. scored 15 points and Jalen Hill added 14 with 12 rebounds for the Bruins (8-9, 1-3), who are mired in their second three-game skid of the season. They had won 13 straight home games against the Cardinal dating to 2005-06.

UCLA closed within one early in the second half on a layup by Jaquez. But the Bruins got no closer.

Stanford launched a 12-2 run, including seven in a row, to go up 50-39. Hill's offensive foul gave the ball back to the Cardinal and UCLA coach Mick Cronin was left shaking his head and smiling.

Stanford's Oscar da Silva was held to six points with four fouls. He came in averaging a team-high 16.5.

Cronin was called for a technical late in the game that led to two free throws by Terry. The Cardinal freshman scored 13 straight points, capped by a 3-pointer that beat the shot clock and extended Stanford's lead to 71-52.

The Cardinal raced to an 18-9 lead to open the game, making 7 of 10 field goals while the Bruins missed seven of their first 10.

But UCLA turned things around quickly, putting together runs of 9-0 and 11-0 to take its first lead, 29-22. The Bruins made six consecutive field goals during one stretch of the 20-4 spurt in which seven different players scored. David Singleton had five points.

Stanford regrouped and outscored UCLA 11-2 to end the half leading 33-31.

Stanford: The Cardinal is getting strong production from its youngsters despite da Silva's foul trouble. Terry came in averaging 15.3 points and had a career night.

Stanford: Visits Southern California on Saturday in the midst of a three-game road trip.

UCLA: Hosts California on Sunday to close their only three-game homestand of league play.