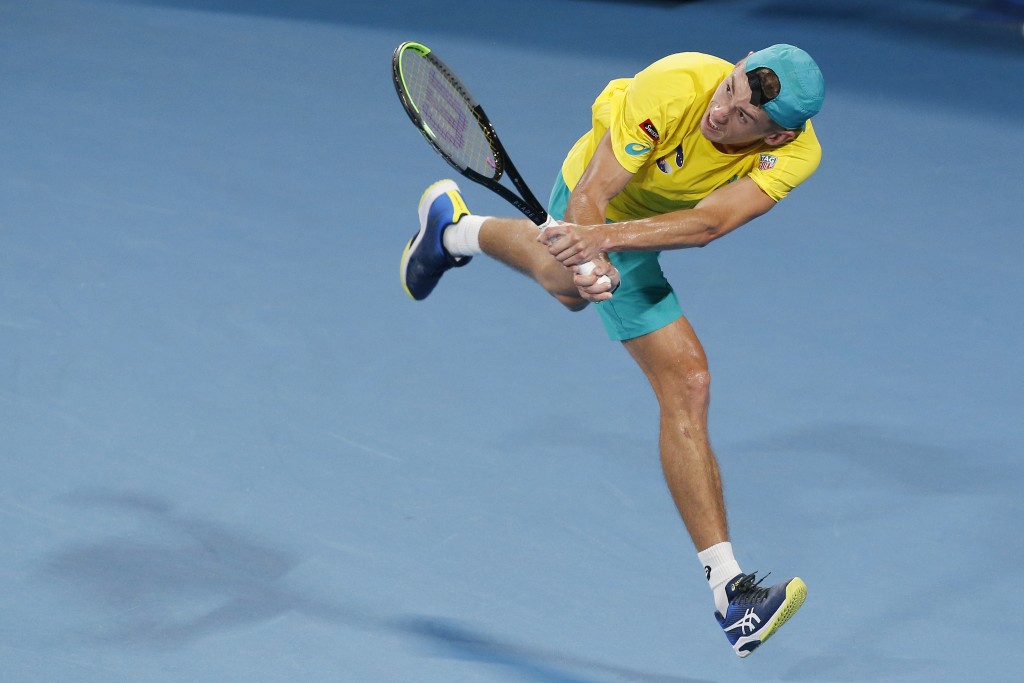 MELBOURNE, Australia (AP) — Alex de Minaur withdrew on Thursday from the Australian Open due to an abdominal strain.

The same injury also forced the 20-year-old Australian to pull out of the Adelaide International on Monday. He was the top-seeded player in that tournament.

"Obviously I'm not in the happiest mood but it's something that happens. I aggravated a bit of an ab injury," de Minaur said after withdrawing in Adelaide. “I've just got to do whatever I can to make sure my body recovers.”

He underwent daily treatments in a bid to play in next week's season-opening Grand Slam tournament but confirmed Thursday that he would not be fit to take part.

De Minaur had been playing well heading into the Australian Open, winning two singles for Australia at the ATP Cup tournament last week and taking Rafael Nadal to three sets.

De Minaur was to have been seeded No. 20 at the Australian Open that begins Monday at Melbourne Park.