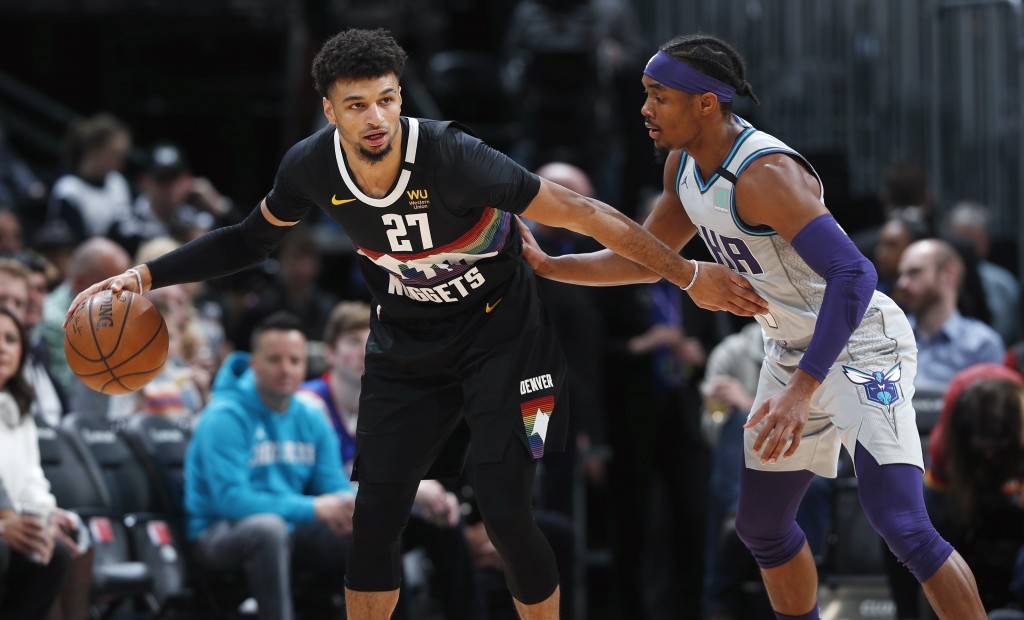 DENVER (AP) — Denver Nuggets point guard Jamal Murray was ruled out for the rest of the game against the Charlotte Hornets after leaving late in the first half after rolling his left ankle.

Murray tried to contest a 3-point shot by Terry Rozier on Wednesday night and appeared to land on Rozier's foot. Murray instantly grabbed at his ankle as play was stopped. He was helped off the floor by teammates and then placed in a wheelchair once he left the court.

Murray had five points and one assist against the Hornets before leaving. He was also dealing with a sore back. Murray is averaging 17.9 points a game this season.

Reserve Monte Morris figured to get more time with the first unit in Murray's absence.