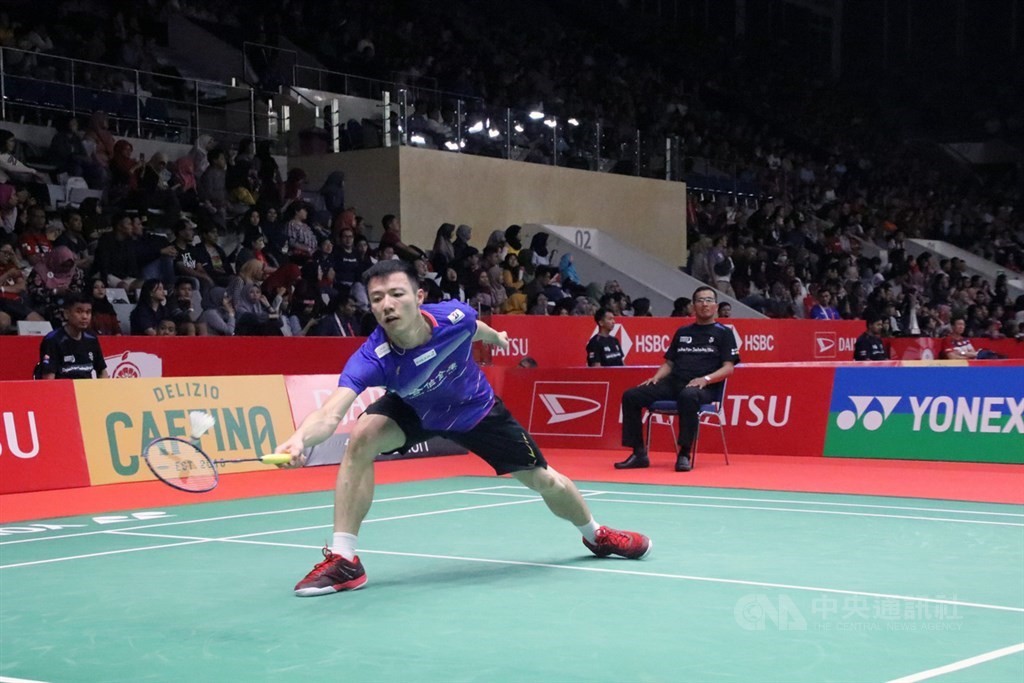 One of Taiwan's top badminton players, Wang Tzu-wei (王子維), advanced to the second round of the Indonesia Masters on Wednesday, after beating his Thai opponent in the men's singles.

Wang, ranked 15 in the world, defeated Kantaphon Wangcharoen of Thailand 21-12, 21-16, in a 41-minute match at Istora Senayan indoor gymnasium in Jakarta.

Wang attributed the victory to the fact that he was able to better control the tempo of the game by sticking to his pre-match tactics.

The 24-year-old Taipei-native is scheduled to face world No. 6 Jonatan Christie of Indonesia on Thursday afternoon in the second round match.