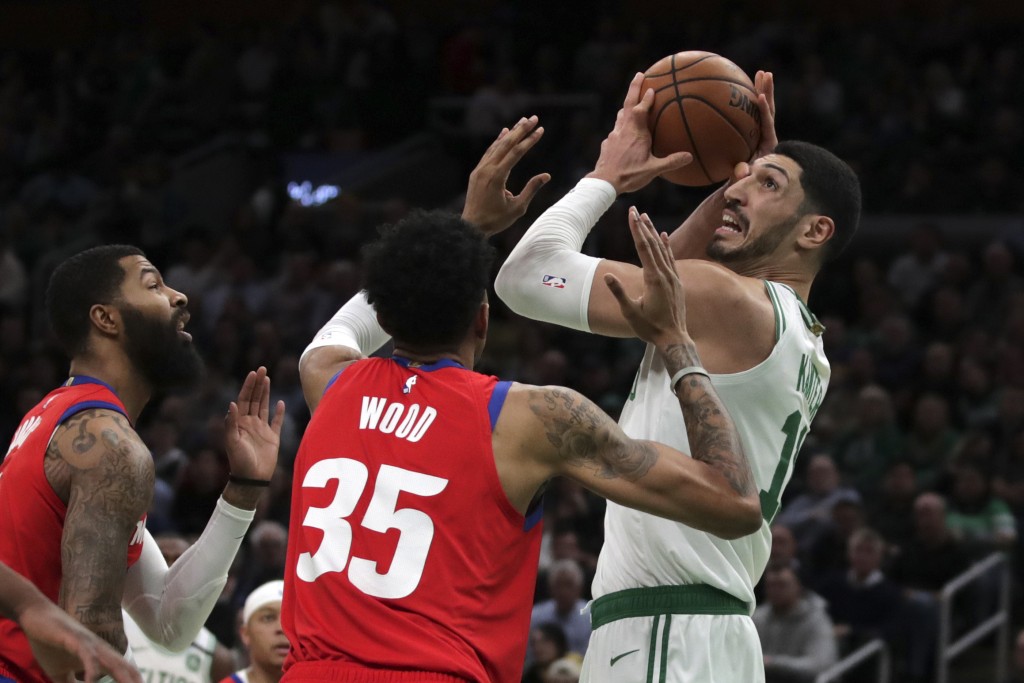 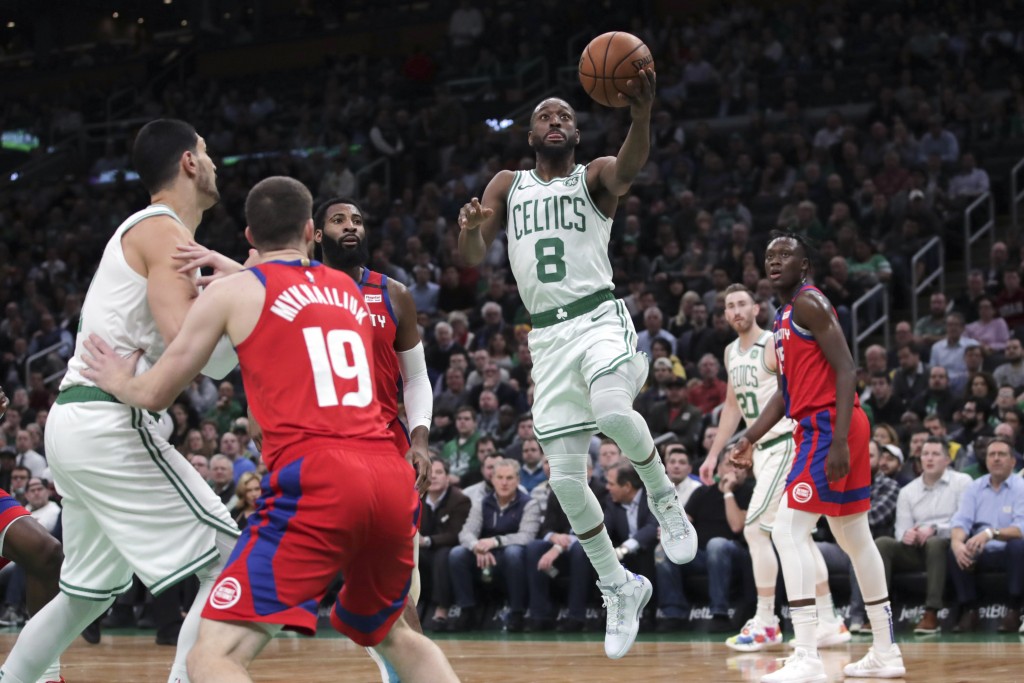 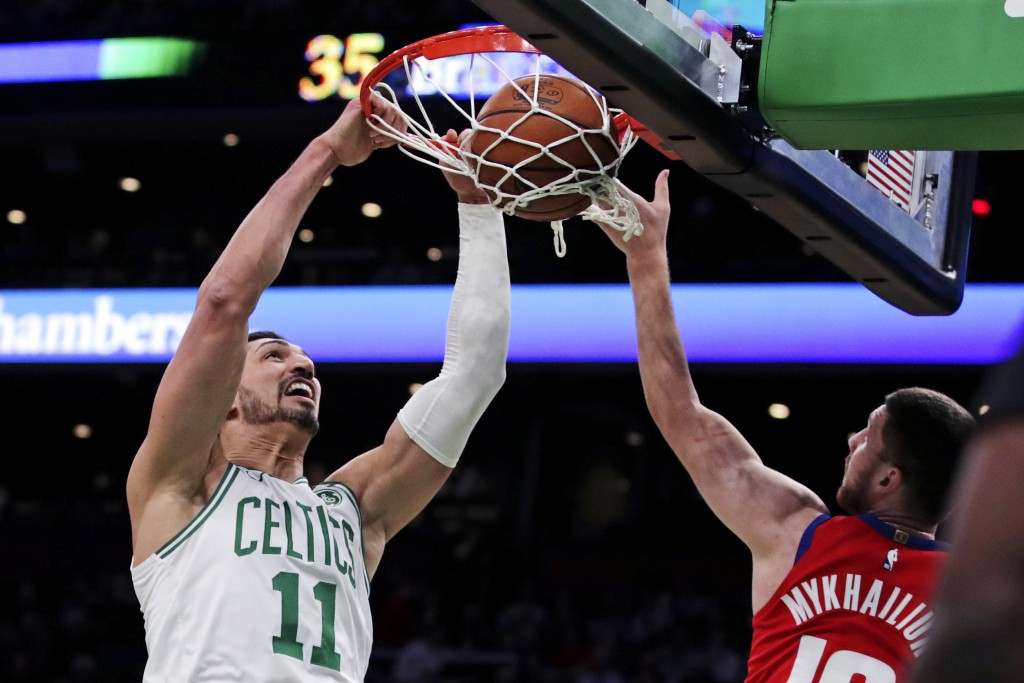 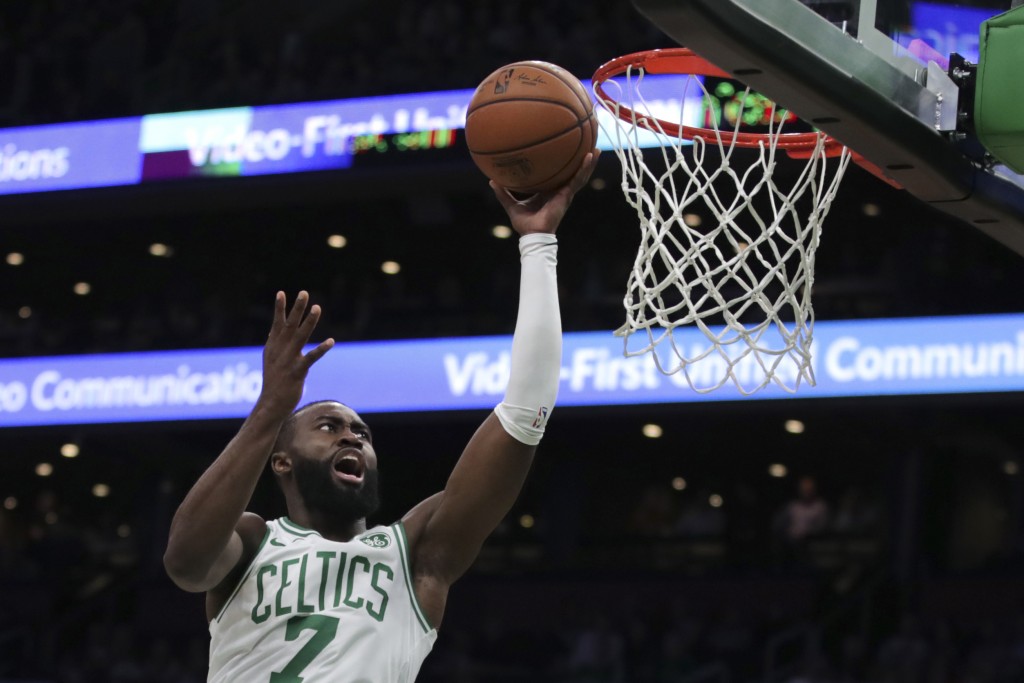 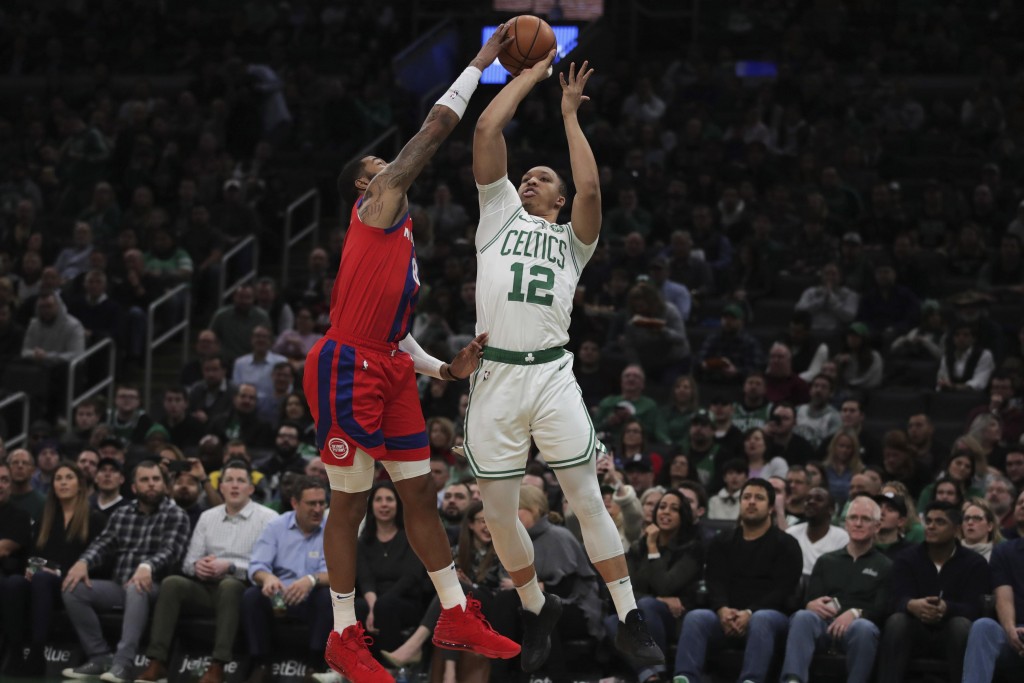 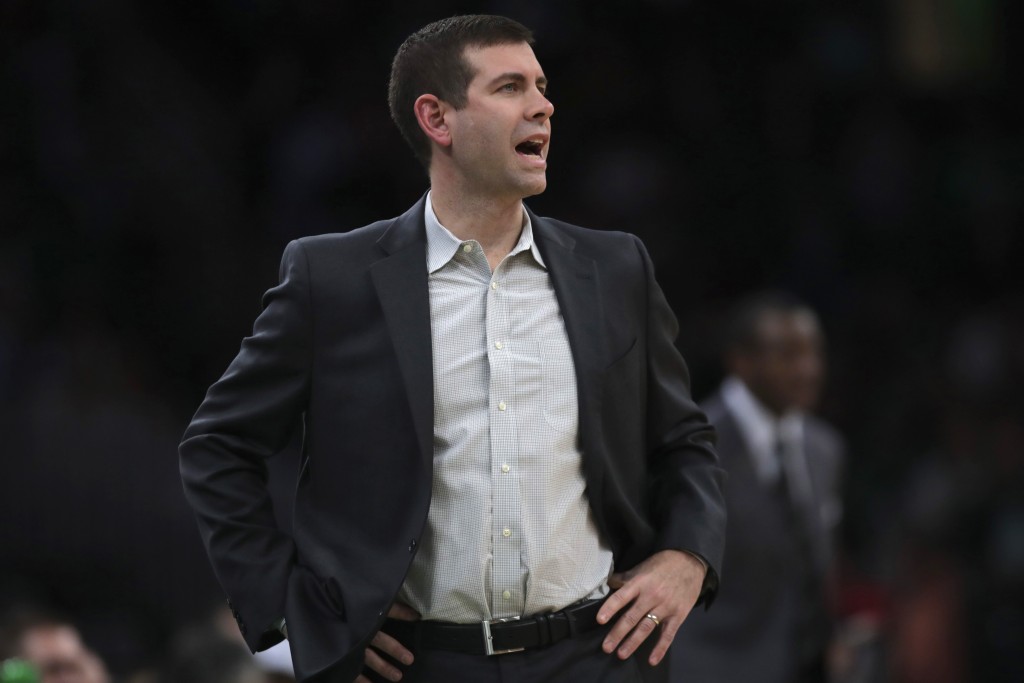 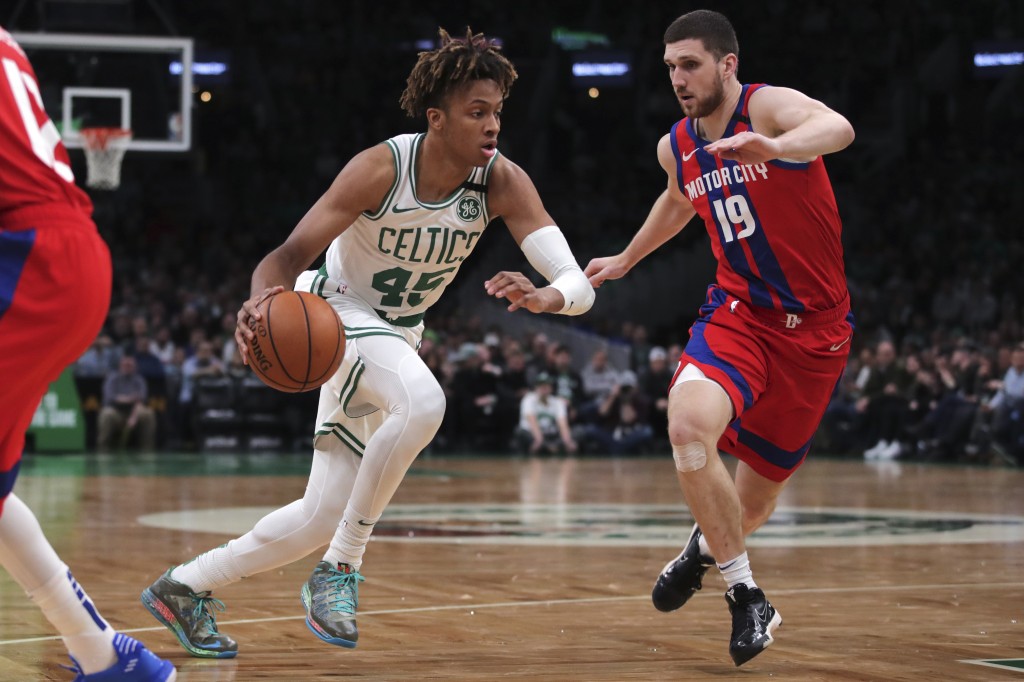 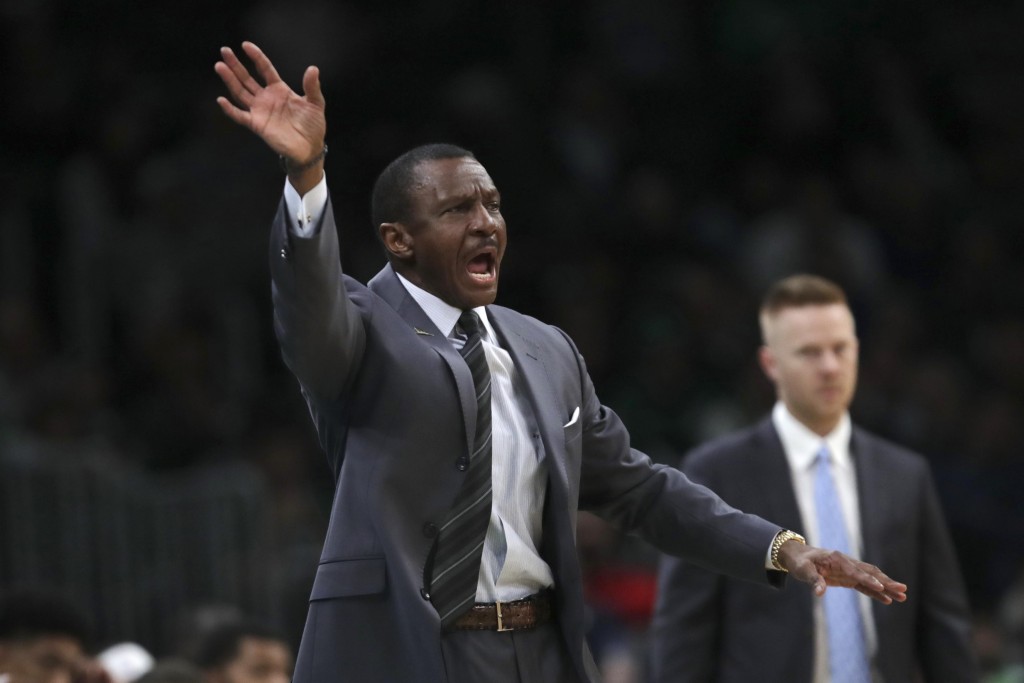 BOSTON (AP) — Sekou Doumbouya scored a season-high 24 points and the Detroit Pistons snapped a three-game losing streak with a 116-103 win over the Boston Celtics on Wednesday night.

Markieff Morris matched his season best with 23 points. Derrick Rose added 22 points and Sviatoslav Mykhailiuk had a season-high 21. The Pistons shot a season-best 60.3% from the field.

Andre Drummond added 13 points and 13 rebounds to post his 34th double-double of the season.

Boston never got closer than 12 after that. Shortly after coach Brad Stevens pulled his starters, Marcus Smart was called for a foul and ejected after arguing with an official.

Boston was without its second-leading scorer with Jayson Tatum sidelined because of soreness in his right knee. But he is expected to travel with the team for its anticipated matchup with conference leader Milwaukee on Thursday night.

The Pistons took advantage with Tatum out. They used a 10-0 run, capped by 3-pointer by Mykhailiuk, to build 82-73 lead in the third quarter. He closed the period knocking down a buzzer-beater from just inside the half-court line.

The Celtics closed the gap led by Hayward, who connected on five of his first seven attempts in the first quarter. The fast start came just a game after he went 4 for 11 in their win over Chicago on Monday.

Wednesday night marked the start of the second half of Detroit's schedule. Pistons coach Dwane Casey is hopeful it also bring some improved health for his team.

Griffin and Kennard have been out since December and currently neither has a timetable to return to action. But Casey said Jackson is practicing and could be ready to come back “any day now.”

“We could sit here and make a lot of excuses. .. It's part of the NBA,” Casey said. “Now is the time for everybody who has the opportunity to make sure they take advantage of it."

Williams hasn't played since Dec. 6. He was last checked out by doctors earlier this month and received a good report. He was put on an action plan that was scheduled to last about a month.

“They’re going to see how his hip responds to that, rescan him and then determine the course of action from there,” Stevens said. "We were hopeful in the last scan, but we’re also very cautious with his recovery.”

Former Red Sox manager Alex Cora, who parted ways with the team Tuesday after being implicated in a sign-stealing scandal, was removed from a TD Garden anti-hate speech PSA. The video features various athletes and coaches from Boston and New England sports teams urging fans to stand up against racism and other hate speech.

Pistons: At Atlanta on Saturday.