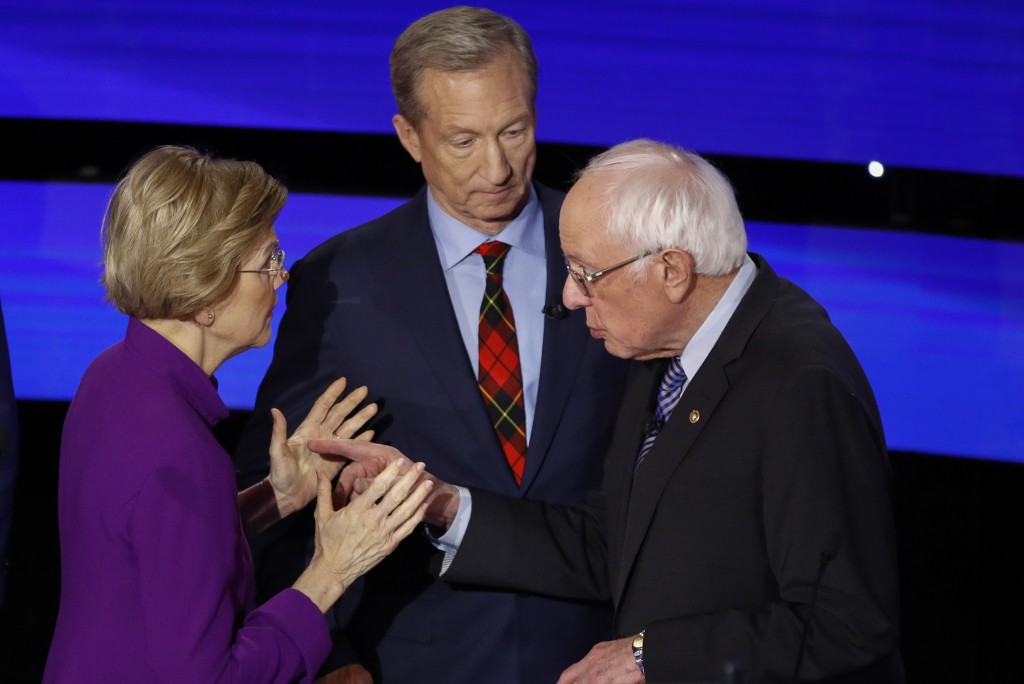 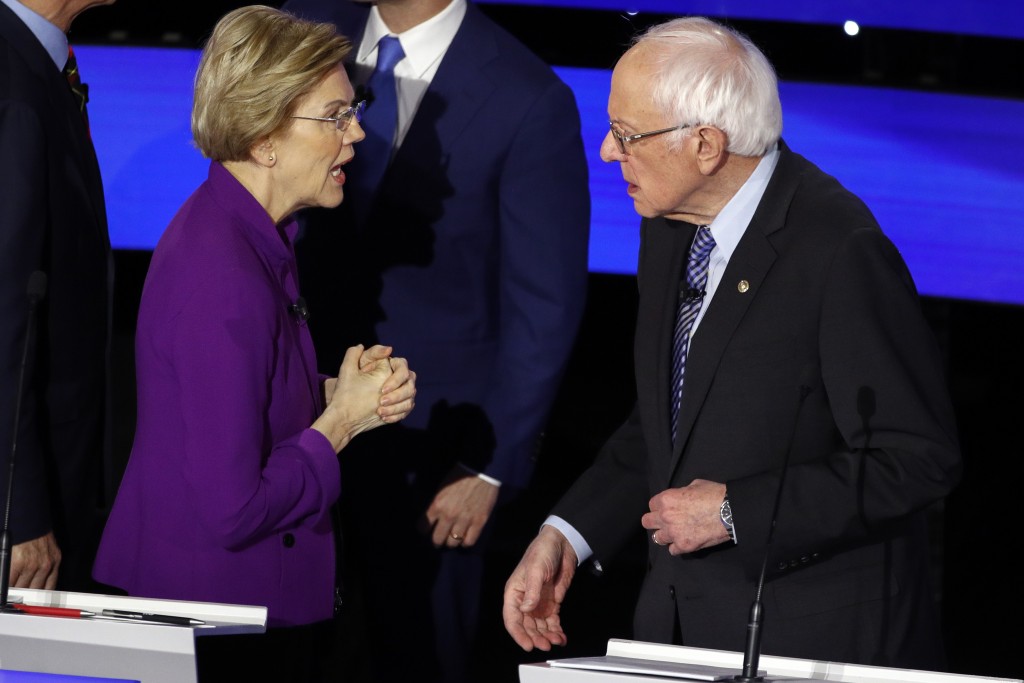 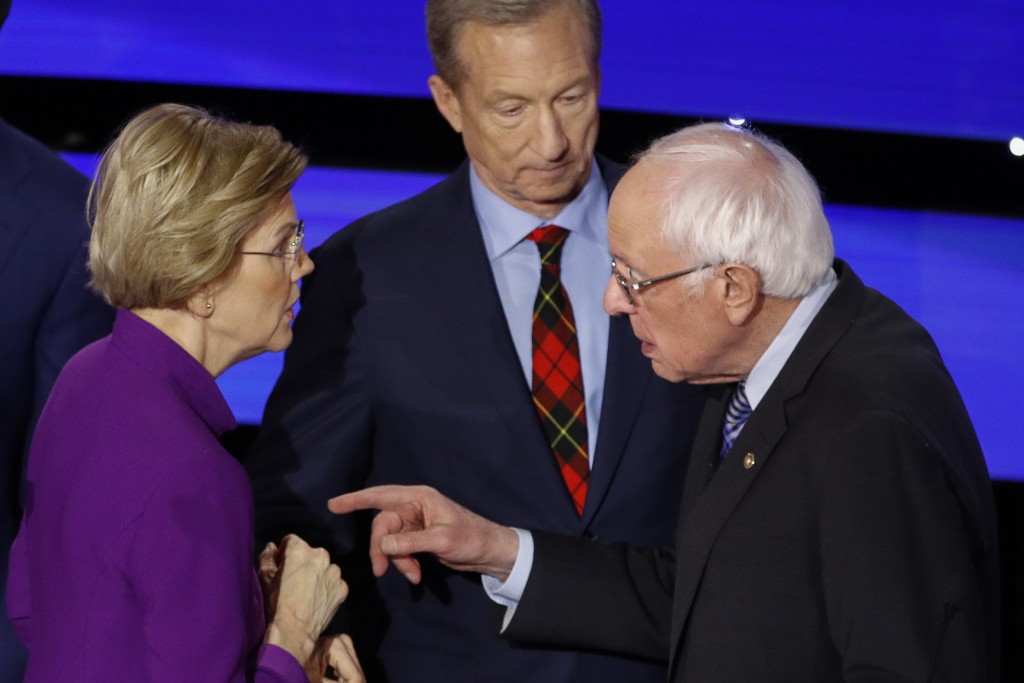 WASHINGTON (AP) — Elizabeth Warren accused Bernie Sanders of calling her a liar before a national television audience during a tense, post-debate exchange in which she refused to shake his outstretched hand, according to audio released Wednesday by CNN.

The Democratic presidential rivals are strong progressives who had steadfastly refused to attack each other for more than a year on the campaign trail. But that changed Monday, when Warren said that, during a private meeting between the two in 2018, he disagreed with her that a woman could win the presidency.

Sanders, a senator from Vermont, has denied that, and did so again during Tuesday night's presidential debate, which was hosted by CNN and the Des Moines Register and held in Iowa, whose first-in-the-nation caucuses are Feb. 3. Warren stood by her account and said it was time to confront the larger issues of sexism in politics.

That exchange lasted only a few minutes. But after the debate was over, Warren, a Massachusetts senator, approached Sanders, who put out his hand for her to shake. Instead, she confronted him, and the two talked briefly in tense tones.

Neither campaign would confirm what was said Tuesday night, but CNN released the audio Wednesday. As she is refusing his extended hand, Warren repeats, “I think you called me a liar on national television." Sanders gently brushes her with his hand, then says, “Let's not do it right now.”

Sanders then adds, “You called me a liar,” before concluding, “All right, let's not do it now.”

The exchange was interrupted by fellow candidate and environmentalist Tom Steyer, who said, “I don't want to get in the middle of it” and greeted Sanders as the senator walked away.

Warren's and Sanders' aides have for days attempted to de-escalate the feud as some progressives worry that ill will between the cause's two leading voices will ultimately hurt both of them and could benefit more moderate Democratic presidential hopefuls like former Vice President Joe Biden and former South Bend, Indiana, Mayor Pete Buttigieg.

Release of the audio is likely to ensure the political fight continues — at least for now.