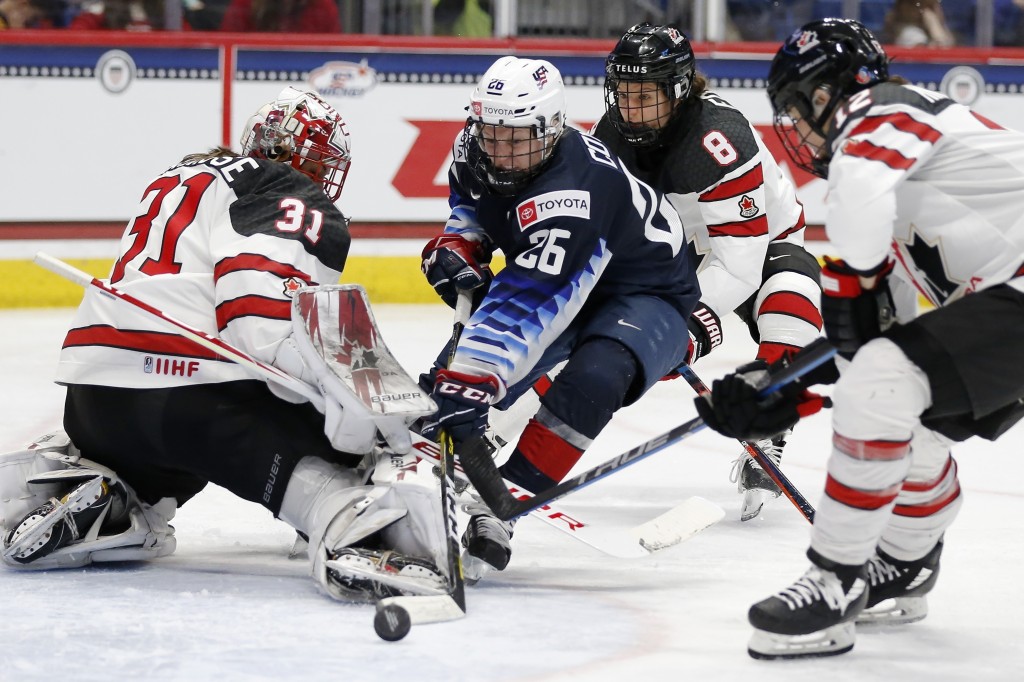 NEW YORK (AP) — Twenty of the top women's hockey players in the world will take part in a 3-on-3 game at a new-look NHL All-Star Weekend in St. Louis next week.

National team players from the U.S. and Canada will be split into two 10-player teams and compete in a 20-minute 3-on-3 scrimmage during the skills competition. This marks an expanded role for women at the All-Star game, and comes a year after American Kendall Coyne Schofield became the first woman to take part in skills competition event.

Filling in for injured Colorado forward Nathan MacKinnon, Coyne Schofield created a buzz in San Jose by finishing seventh out of eight competitors with a blazing time.

The women's team rosters, coaches and referees will be unveiled later Wednesday.

The NHL is also adding a new event, called “Shooting Stars,” in which eight NHL players and two of the female players will shoot pucks from the stands at targets on the ice. The women, one representing each nation, will be selected through a vote on social media.