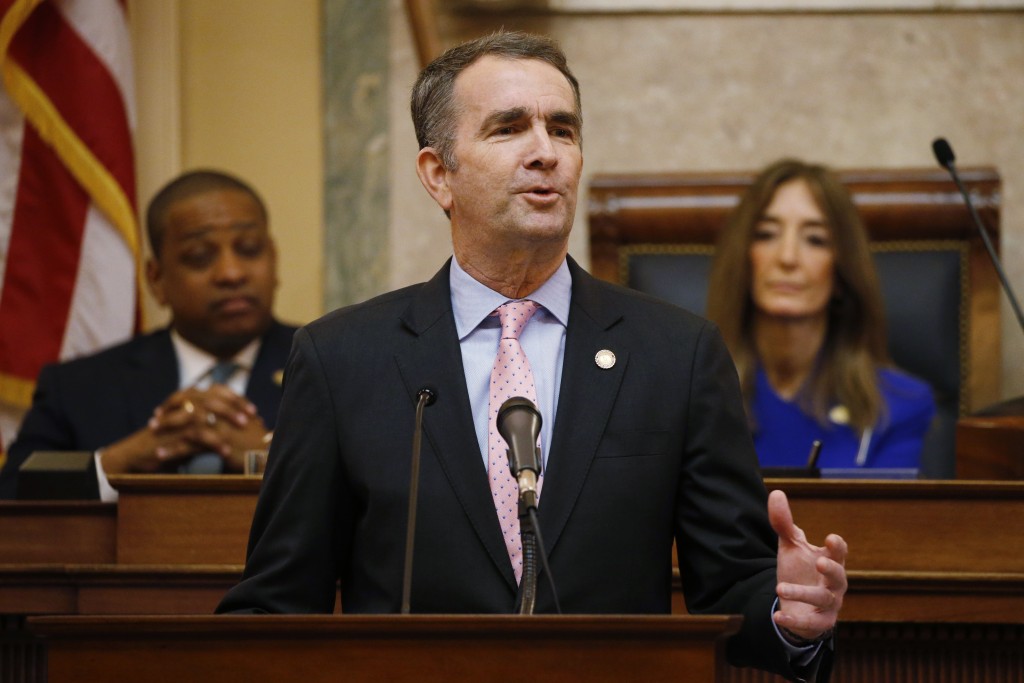 RICHMOND, Va. (AP) — Virginia Gov. Ralph Northam announced Wednesday that he was declaring a state of emergency over threats of “armed militia groups storming our Capitol” ahead of a gun-rights rally next week.

Northam's emergency order will ban weapons of all kinds, including firearms, from the Capitol grounds starting Friday through Tuesday. He said the order was necessary to protect public safety because of potential violence from out-of-state groups at a gun-rights rally scheduled for Monday that's expected to draw thousands.

Northam said intelligence analysts have noticed that some of the rhetoric used by groups planning to attend Monday's rally is similar to what was said in the lead-up to a deadly 2017 white nationalist rally in Charlottesville.

A new Democratic majority at the statehouse is advancing a number of gun-control bills that gun-rights advocates are fiercely opposing.