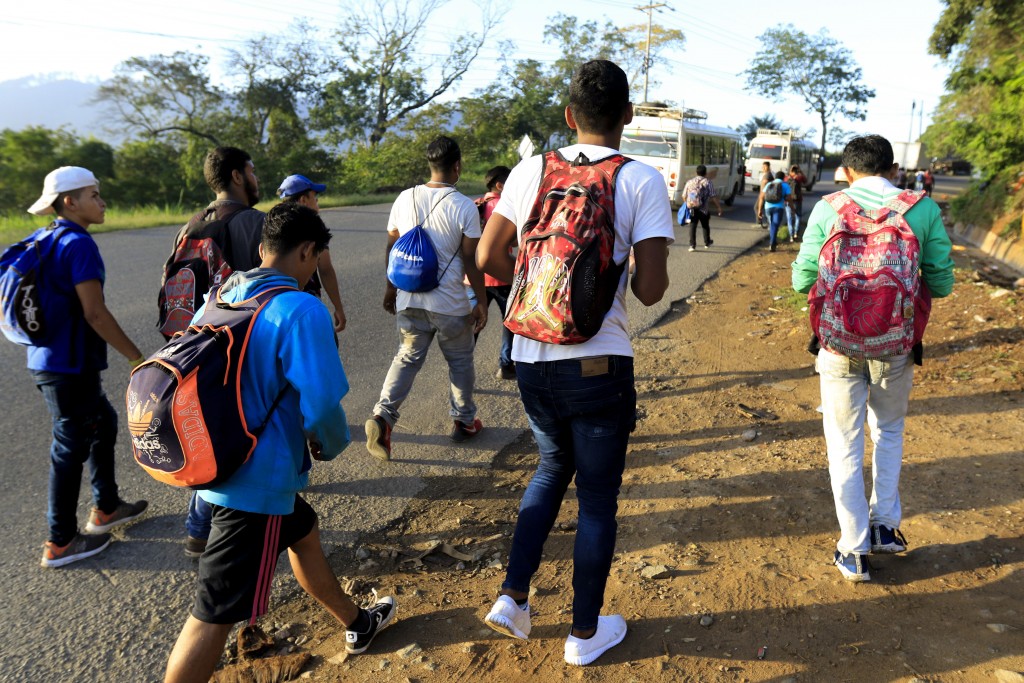 WASHINGTON (AP) — Trump administration agreements with Guatemala, El Salvador and Honduras that allow U.S. immigration officials to send asylum seekers to the Central American nations violate the historic role of the U.S. as a humanitarian nation and should be blocked, according to a legal challenge filed Wednesday.

The American Civil Liberties Union and other civil rights groups want the so-called cooperative asylum agreements declared illegal, and ask for a federal judge to block Homeland Security officials from enforcing the new rules. The lawsuit was filed in federal court in the District of Columbia.

The lawsuit was filed on behalf of six asylum seekers sent to Guatemala, including a man who fled Honduras after MS-13 gang members attacked him, another from El Salvador who is gay and was also subjected to homophobic slurs in Guatemala while he traveled to the U.S., and a mother and child who were hunted by gang members. All said they did not feel safe in Guatemala.

Trump administration officials have said the agreements are legal, diplomatic agreements between nations.

The agreements are the latest in a major push by the Trump administration to limit asylum in the U.S. Immigration officials have a lso restricted the number of refugees accepted. The agreements, signed over the past several months, allow the government to send asylum seekers who arrive at the U.S.-Mexico border to a different country from which they fled — even one where they have never been before.

There has already been backlash over the agreements from other countries, Democratic lawmakers and immigrant advocates who say people are being sent to unsafe places.

Immigration officials are also forcing more than 55,000 people to wait o ut their asylum claims in Mexico, and are denying asylum to anyone who traveled through another country en route to the U.S. The result has been a significant decrease in the number of border crossings. Last year, officials were facing a crush of migrants at the border that vastly strained resources. Children died, others were sickened and migrants were crammed into small border facilities for weeks.

But the new agreements “unlawfully slam our nation's doors on people fleeing horrific violence and other forms of persecution by denying them the right to apply for asylum in the United States and shipping them to dangerous countries where there is virtually no chance they will find refuge,” according to the lawsuit.

The U.S. has one formal asylum agreement, with Canada, where both countries have agreed the other's asylum system is robust and the nations are safe havens for those fleeing persecution and violence. But these new agreements, the lawsuit alleges, do not make such assurances and in some nations there is hardly an asylum system in place. Plus, the nations where asylum seekers would be sent — the Northern Triangle — are dangerous, poor and violent.

According to the lawsuit, the countries were three of the top four countries of origin for individuals granted asylum in the United States in 2017 and 2018.

The agreements “simply turn away asylum seekers and pass the buck to other countries, regardless of what happens to the individuals," according to the lawsuit.

“The Trump administration has created a deadly game of musical chairs that leaves desperate refugees without a safe haven, in violation of U.S. and international law,” said Katrina Eiland, an attorney with the ACLU’s Immigrants’ Rights Project. “The administration is illegally trying to turn away asylum seekers and pass the buck to other countries that can’t protect them.”

The Trump administration has seen many of its other efforts to restrict immigration stalled by court challenges, including a ruling on Wednesday from a judge blocking the Trump administration from enforcing an executive order allowing state and local government officials to prevent refugees from resettling in their jurisdictions.