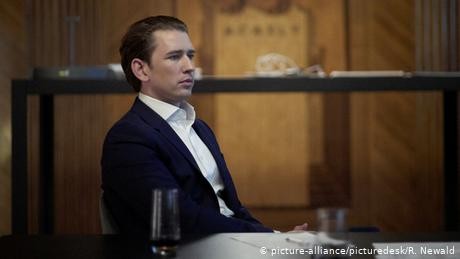 Austria's ruling conservatives was ordered to pay €800,000 ($890,000) in fines for excessive campaign spending in the 2017 election, a financial watchdog ruled on Wednesday.

Austria's Independent Party Transparency Senate handed a second fine of €80,000 ($89,000) to the Austrian People's Party for accepting donations from two publicly owned companies, which is banned.

Kurz won the election in 2017 and formed a coalition with the far-right Freedom Party (FPÖ). The coalition broke down last May after the so-called "Ibiza affair," which resulted in the expulsion of senior FPÖ figures.

Following further elections in September 2019, this month Kurz returned as chancellor in a new coalition with the Green party.

Kurz and his new Cabinet were sworn in earlier in January.

dpa contributed to this report