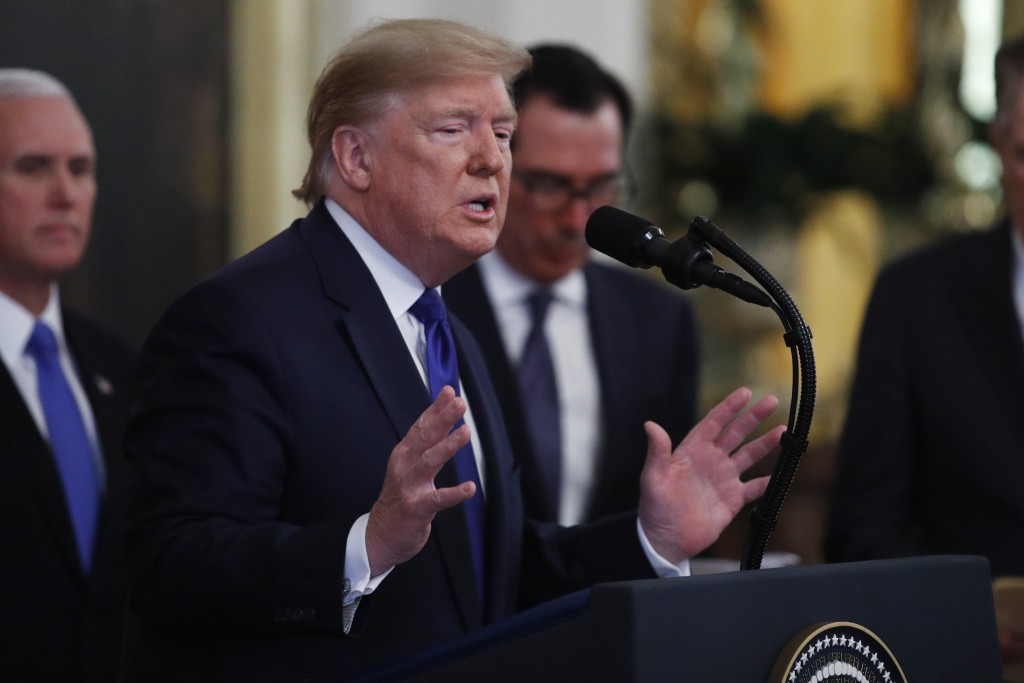 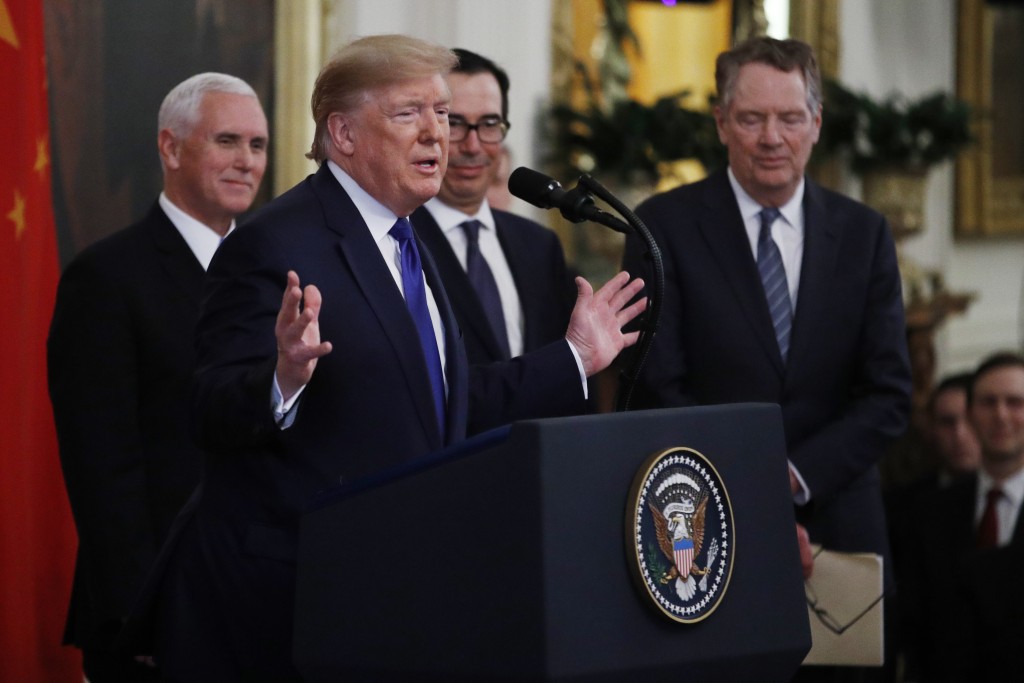 WASHINGTON (AP) — President Donald Trump on Wednesday falsely proclaimed his trade deal with China to be the world's largest agreement. The deal is intended to ease some U.S. economic sanctions on China while Beijing would step up purchases of American farm products and other goods.

TRUMP: “This is the biggest deal there is anywhere in the world by far.’’ — remarks at the signing.

THE FACTS: Not even close.

Setting aside global agreements on matters other than trade, Trump’s own deal with Mexico and Canada covers far more trade than the agreement signed with China. And earlier agreements have been far bigger in scale.

For instance, the Uruguay Round of trade negotiations concluded in 1994 created the World Trade Organization and was signed by 123 countries. The Federal Reserve Bank of Boston found the following year that the WTO’s initial membership accounted for more than 90% of global economic output.

Trump's deal with China is described as the first phase of a broader one that is being sought. The agreement signed Wednesday leaves many U.S. grievances with China unresolved, kicking them ahead to the next round. It also maintains tariffs on about $360 billion in Chinese imports.