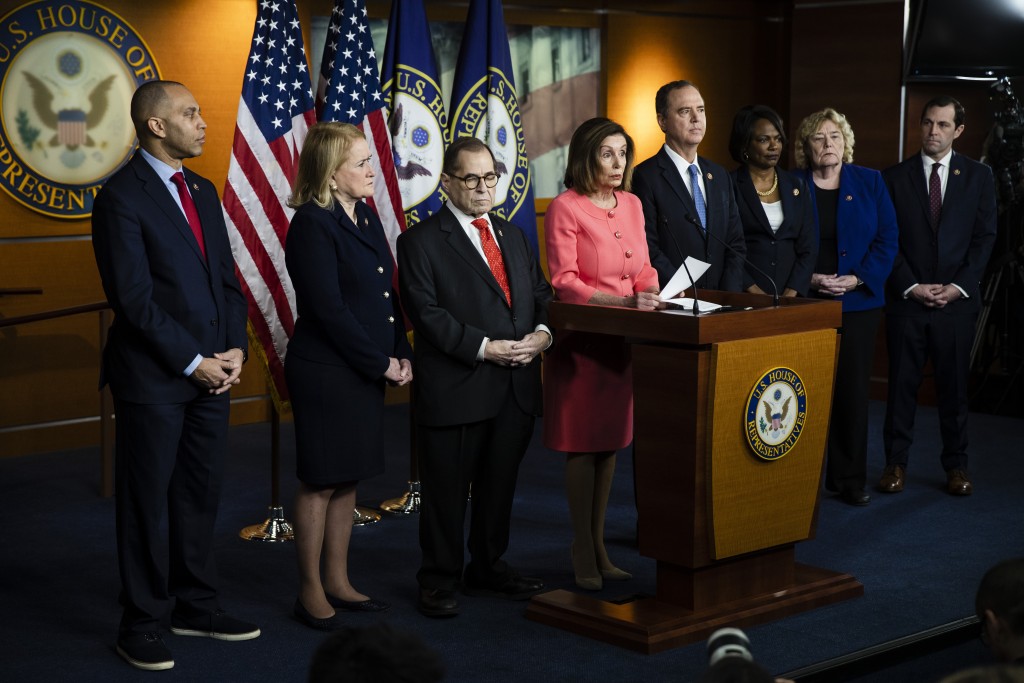 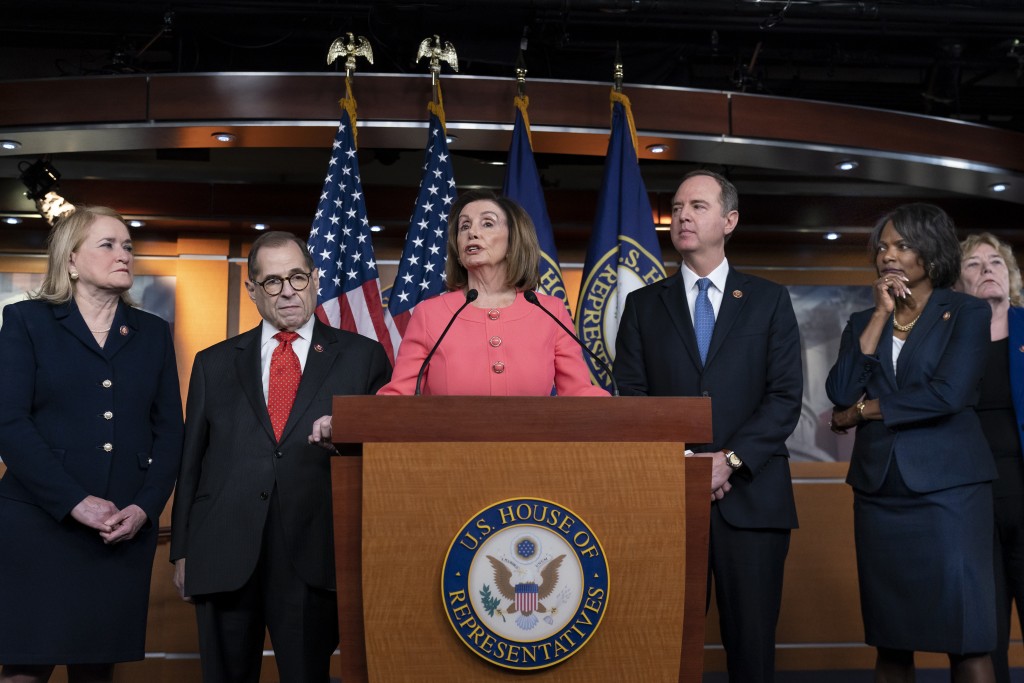 The managers bring institutional and subject matter expertise to the task, as well as geographic diversity.

Here's a look at Pelosi's team of managers:

The California Democrat led the impeachment investigation into Trump's pressure on Ukraine to announce an investigation into the family of Joe Biden, even as the president held up military aid to the U.S. ally. Schiff is a former federal prosecutor and is especially close to Pelosi.

The New York Democrat wrote the impeachment articles against Trump based on Schiff's investigation report. He also led hearings into former special counsel Robert Mueller's investigation into Russia's 2016 meddling. Pelosi noted that Nadler served as the top Democrat on the Judiciary Subcommittee on Constitution, Civil Rights and Civil Liberties for more than a dozen years.

The California Democrat is a veteran of three presidential impeachment inquires. She was on the Judiciary Committee during the 1998 and 1999 proceedings against President Bill Clinton. She was a Judiciary Committee staffer during the impeachment inquiry against President Richard Nixon, who resigned before he could be impeached.

The Florida Democrat is a member of both Schiff's and Nadler's committees, making her one of the House's foremost experts on the case against Trump. She served in the Orlando Police Department for nearly three decades, becoming the first woman to lead it as chief.

The New York Democrat is the chairman of the House Democratic Caucus, putting him in close touch with the sentiment of Pelosi's troops and giving him a seat at her leadership table. He is a corporate lawyer and former state assemblyman.

The Texas Democrat gives the team some red-state cred and is a member of the freshman class that helped flip the House from Republican control last year. She is a former presiding judge of the Houston Municipal System and a former state senator.