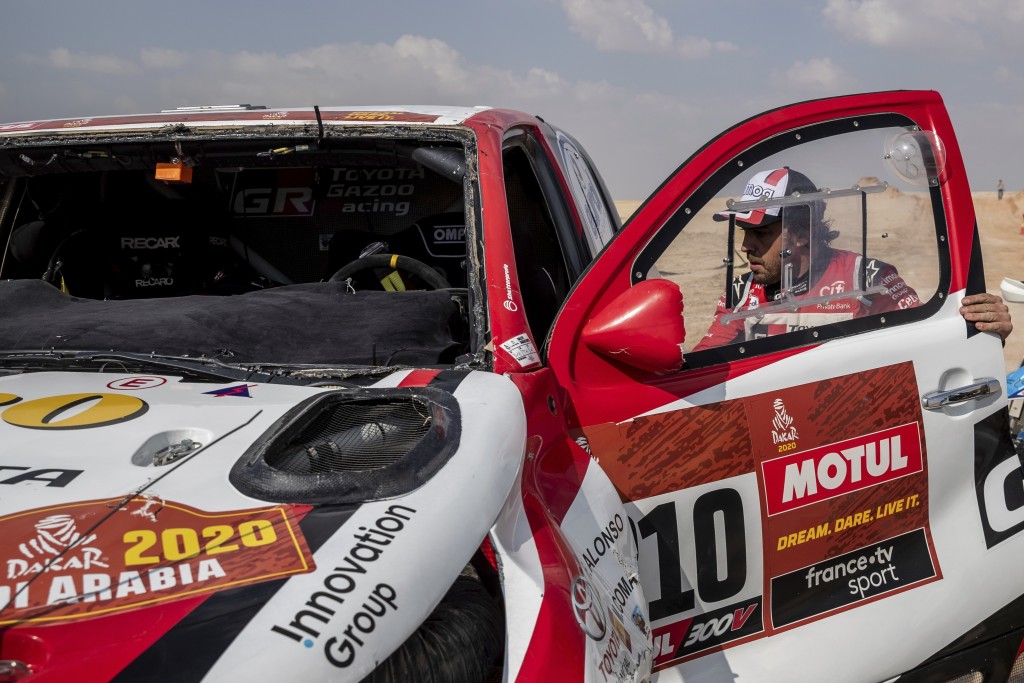 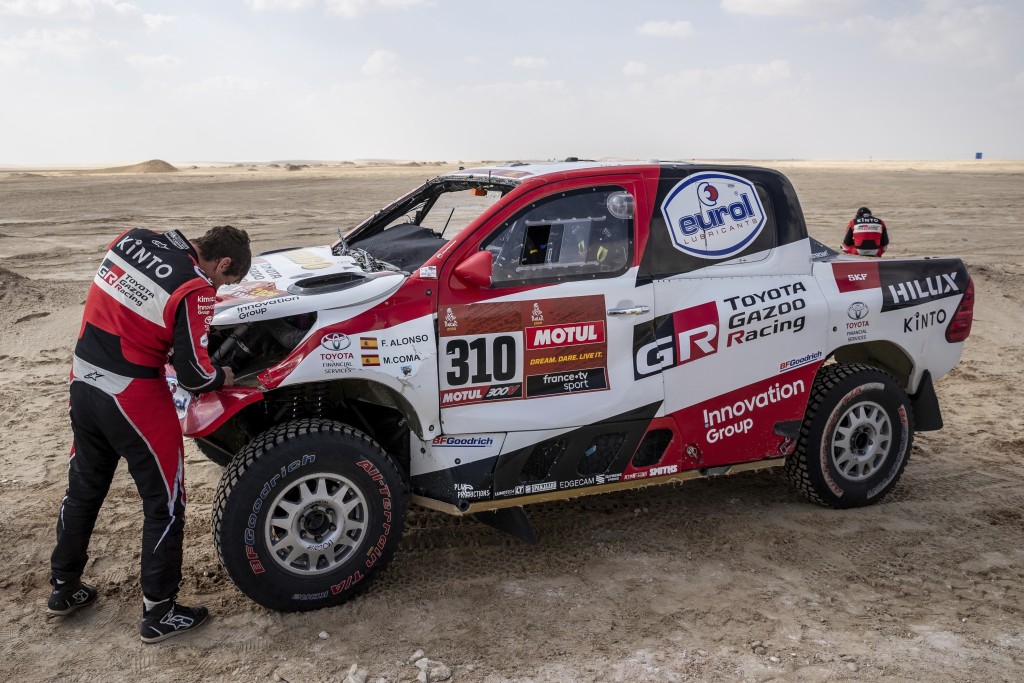 SHUBAYTAH, Saudi Arabia (AP) — Carlos Sainz stretched his lead on the Dakar Rally to more than 18 minutes after his two closest rivals got lost, while former Formula One champion Fernando Alonso kept going despite a rollover crash with his Toyota.

Sainz started the day with a 24-second lead and claimed the stage win after it was cut short due to strong winds.

Second-place Nasser Al-Attiyah and third-place Stephane Peterhansel both lost large amounts of time when they struggled to find a checkpoint.

“I didn’t think the gap would be so big, but tomorrow it could be the opposite, so I’ll have to stay focused. I could get lost. It happened to the others today so it could happen to me tomorrow,” Sainz said.

Alonso trailed in 55th place, more than an hour behind the leaders. His car pitched sideways on the crest of a sand dune and rolled over twice, forcing him to finish without a windshield.

American Ricky Brabec extended his motorbike lead to 25 minutes with a second-place finish on the stage. His teammate, Joan Barreda, claimed his first stage win.