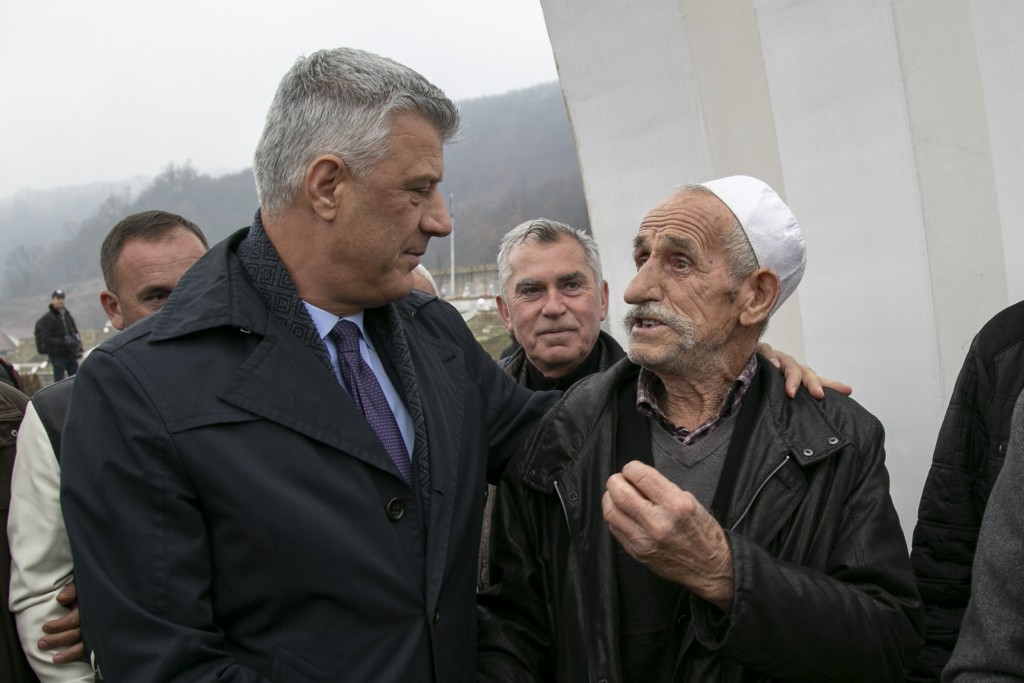 PRISTINA, Kosovo (AP) — Kosovo’s president on Wednesday denounced what he called “an international amnesty” for Serbia’s crimes in the 1998-1999 war.

Hashim Thaci spoke after a commemorative ceremony in the southern Kosovo village of Recak, 32 kilometers (20 miles) south of the capital, Pristina. The event marked 21 years since 45 ethnic Albanians were slain by Serb forces in a mass killing that sparked international anger.

The killings were a major factor in NATO's decision to launch an air campaign to end the Kosovo War.

Thaci said Kosovo citizens, the families of the dead were offended and hurt by the “international silence,” desperate and revolted that Serbia has yet to be held accountable.

“I want to say very openly that this international silence ... this international amnesty of the genocide that Serbia committed in Kosovo, encouraged the Serbian state authorities to even deny the crime, the massacre in Recak,” said Thaci, a commander of independence fighters in the Kosovo Liberation Army, or KLA, during the conflict.

The government of former Serbian President Slobodan Milosevic claimed at the time that the dead were all KLA members killed in combat with state security forces. One of those killed was a 12-year-old boy.

More than 10,000 died in the war and 1,650 people are still unaccounted for. Kosovo's 2008 declaration of independence isn't recognized by Serbia.

Kosovars also are not pleased with a Netherlands-based special international court on war crimes which has been questioning more than 100 KLA members over alleged crimes against Serb prisoners.

Thaci called for “the perpetrators, who are also bearers of Serbia’s institutions of genocide, ethnic cleansing and other massacres in Kosovo ... to come to international justice.”

Relations between Pristina and Belgrade are still tense despite nine years of EU-facilitated talks to normalize their ties, a key step required in their moves toward integrating with the bloc.